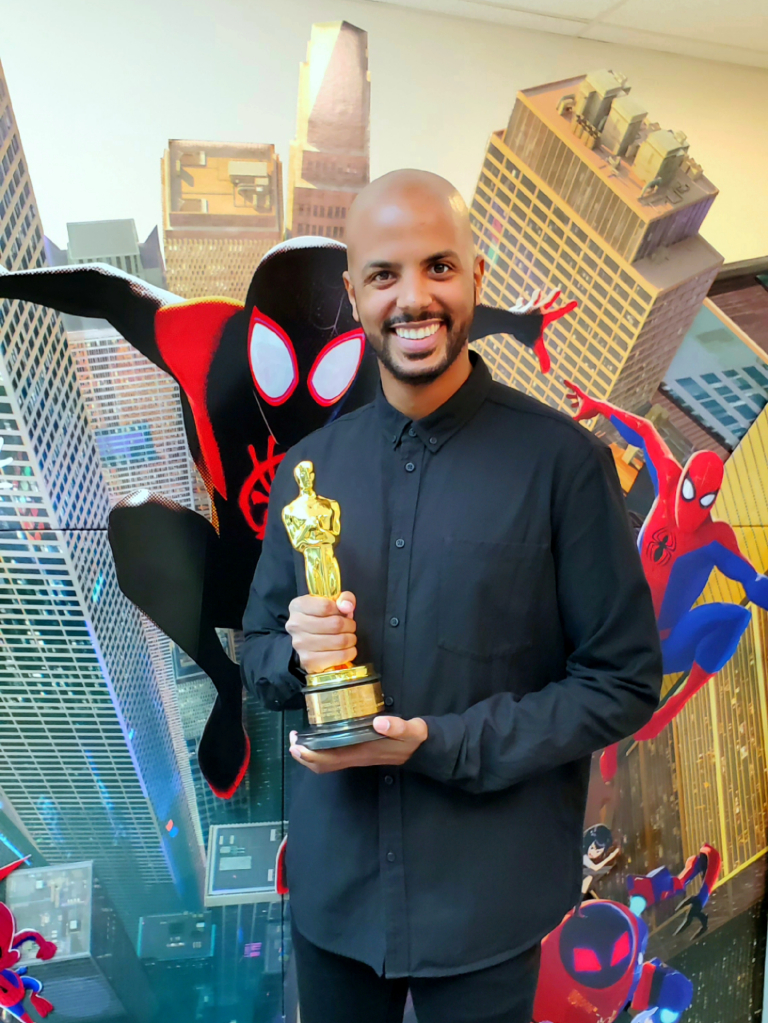 Hi Eddy, could you talk a bit about yourself and your background?
On the creative side, Spider-Man: Into the Spider-Verse was the most challenging project I’ve worked on. It was something that has never been done, and way different from what I’ve learned all those years. We knew we were creating something special but the road to get there was long and bumpy. Everything was new, the acting, performance, appealing style, animating on 2s, even technically it was a challenge with the cloth simulation, the smears, the duplicate drawings. It was very exciting and challenging at the same time.
Hello, I’m from Paris, France and I grew up reading and drawing comic books and manga, I’m a real nerd actually. I was so passionate about that my whole childhood, taking drawing classes after school and trying to reproduce my favorite artists. I was crazy about animated movies as well and one of my greatest memories was watching The Lion King in theaters, it was amazing. Once I got the VHS, I spent my weekends reproducing frames by hitting the play/pause button. After that Toy Story came out and I was amazed by it. How could they make me feel so many emotions with computer-generated imagery. After my high-school graduation, I went to an art school to study drawing and illustration and there were 2D animation classes as well, and I felt in love with it. It was cool and magical to see my drawings moving and I loved the process of making it. I decided to study CGI then, knowing that I wanted to be an animator. Modeling, rigging, lighting and compositing were part of the curriculum as well and it was great to study all those disciplines in addition to art history, scriptwriting and film studying. I also have an acting background thanks to my mom who signed me up for an acting class when I was a kid, it was meant to give me self-confidence and I enjoyed it. I even got credited as an actor in a movie in France. Animation is finally the best combination for me, the acting and the drawing.

I became a ‘main’ character animator on Minions then. It was amazing. My role was to provide high-quality performance and give credibility to those yellow creatures. They weren’t sidekick characters anymore and we had to find a way to give them purposes and deeper personality, to each one of them. And of course, adding a lot of fun and gags. The director, Pierre Coffin, relied on animation to make the scenes hilarious. Some of his briefings on a scene were simply « Make it fun. » or « Make me laugh ».
On The Secret Life of Pets, we studied a lot of animals’ attitudes as well as their anatomy. It was about making the characters move and act like animals but perform believably as actors.
You have to love it! It’s a very long and hard path so you have to be passionate. Observe the life around you, drawing is a good way to do it, you could also be inspired by any type of art (painting, music, cinema, comic book, etc.). It’s a long process to create animation, spending hours to make a few seconds but at the end of the day, it’s totally worth it.
So how did your professional career start?
To see more of Eddy’s work, stop by his Vimeo page. Thanks Eddy!

I’m working on DC Super Pets at Animal Logic, I can’t say more about the project but I can talk about my animation lead role. I’m supervising sequences and I’m in charge of an animator’s team. In the early phase, the pre-production, I’m helping the Supervisor to define the look, the style and the way the characters would move and act. It’s a very interesting process as you translate and develop the character’s personalities based on the design and the script into animation. During the production, I’m following up with the artists and helping them to provide high-quality animation. It’s great to work with talented people and to talk about animation, ideas and how we could push the emotional performance or the fun parts with them. I’m also working on my own comic book and children’s book in my spare time.
For over more than 10 years now, Eddy Okba is a Senior Character Animator. He started at Illumination, working on box office hits including Despicable Me 2, The Lorax, Minions, The Secret Life of Pets, Sing and Despicable Me 3. Then he joined Sony Pictures Imageworks to work on the Academy-Award winner Spider-Man: Into the Spider-Verse. Eddy strives to add passion, charm and humor to all of his work. He is now an animation Lead at Animal Logic, working on DC Super Pets.
I had an offer at Mac Guff Ligne (before it became Illumination Mac Guff) right after my graduation and I worked on commercials while the studio was working on Despicable Me with Illumination Entertainment. It was great to work with all of those talented people around and thanks to their support I became an animator on their next feature The Lorax.
Do you have any advice for an aspiring animation student?
What was your biggest challenge in your career?
I started as a Crowd Animator on The Lorax and Despicable Me 2. My Supervisor at this time, Elisabeth Patte (now Commercial Director at Illumination) always pushed me to create stories in the background, not just populate the shots. That taught me a lot as I had to be creative and work on animations that weren’t meant to be seen. That’s something that still drives me today, looking for the additional creative plus and working hard on things that we won’t see. We are craftsmen, working a lot on details.

I would say working on features with high expectations forces you to be up to it. Minions and Despicable Me 3 were like that. We have to create something new enough to be interesting without being that different that you betray the character for the audience.
What are you working on right now?
Sing was all about the performance, the subtle acting and the inner emotions of the characters. Each character has something inside to say out loud by singing and performing, it was really interesting to work on this movie.
Could you tell us a bit of your career path?

Each project made me grow and improve my skills in a different way and I’m glad that I had the opportunity to work on such great movies. 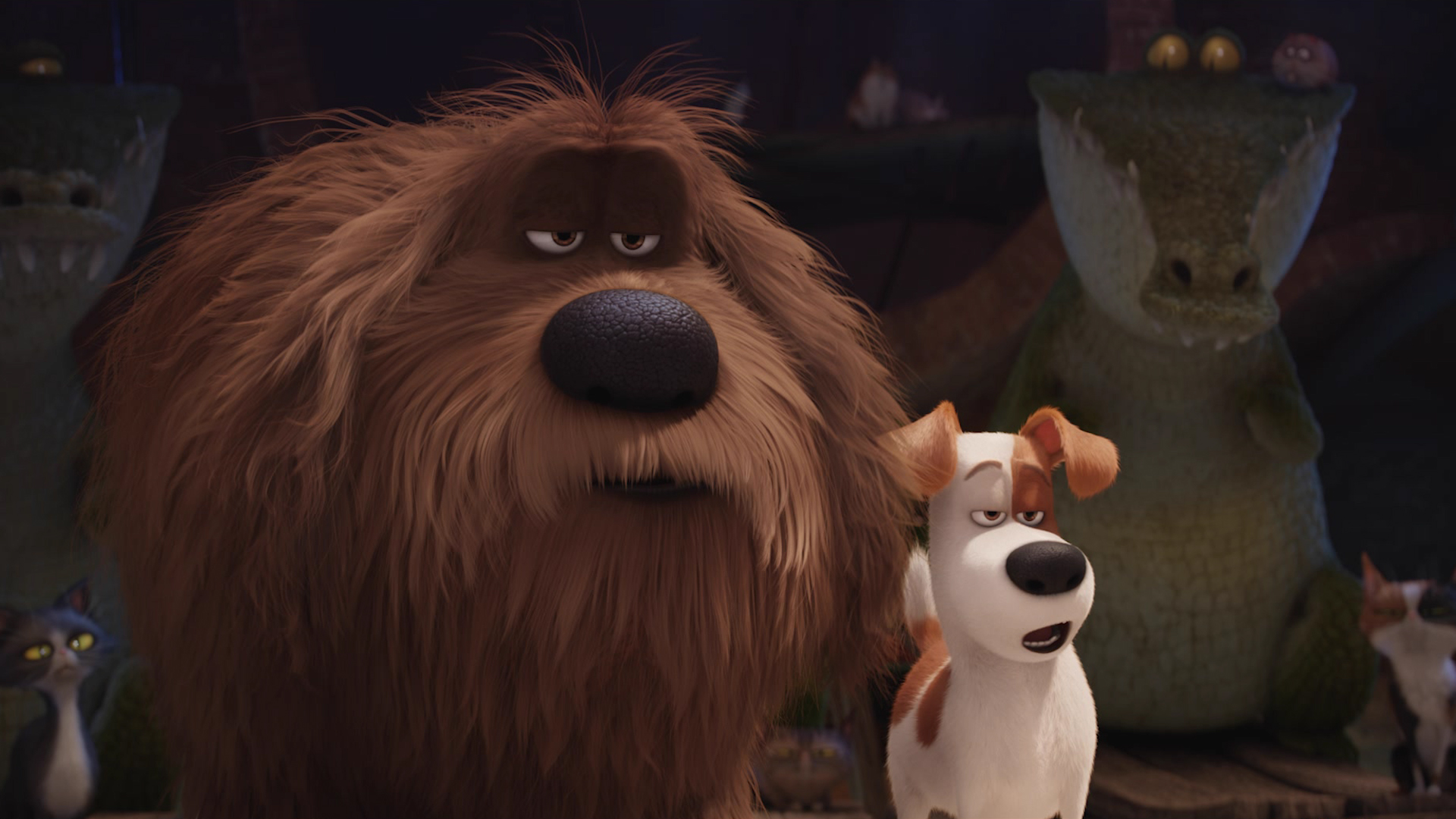