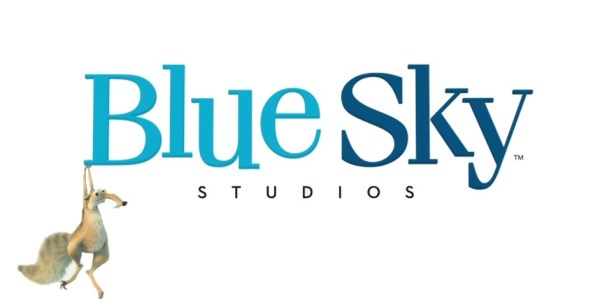 and these are just the major ones. There’s dozens of independent and boutique studios putting out their own films or producing on behalf of the likes of Netflix. Throw in the oversees studios such as Illumination and suddenly the marketplace does seem a bit crowded.

Although this is not surprising in the least, it’s downright disappointing that Disney did not find a better solution for the sake of Blue Sky’s employees and the east coast as a whole.
Deadline are relaying the news many were fearing ever since Disney acquired FOX in 2019. Blue Sky was owned by FOX and its long-term future was in doubt with many wondering whether Disney would retain a third feature animation studio. That question is now answered, and the answer is no. Blue Sky will be wound up in April (two months from writing) and all features currently in progress are cancelled.
Secondly, because of this, there is no audience eagerly awaiting the next Blue Sky release. FOX never crafted a unique brand image for the studio that spoke to the kind of films it made. Instead, Blue Sky became synonymous with ‘Ice Age’; a single franchise.
Despite the fact that animation is weathering the COVID storm much better than live-action, it has also lost the ability to release films in cinemas; perhaps the last level playing field remaining for film releases. Some studios’ decisions to switch to a ‘digital-first’ or simultaneous digital/cinema release can’t have helped matters either. Streaming is booming, but the economics for streaming services other than Netflix remain a bit murky.

Is the industry saturated with studios?

Disney decided not to simply spin-off or sell Blue Sky, and while this says a lot about Disney (they don’t want to create competition if they can avoid it), it also suggests that they felt they couldn’t find a buyer if they tried.

As alluded to in Disney’s statement:
Contrast it with Disney’s purchase of Pixar back in 2006 when the latter was very much firing on all cylinders with audiences salivating at the though of each new film, and heralded a new way of making films that people wanted to see. Disney had neither and saw great value in acquiring Pixar for not only their library of films but also for their upcoming slate AND their way of doing business. Does Blue Sky add any of that to the greater Disney empire? Nope.
Yet they are producing new Disney Feature and Pixar films, why not for Blue Sky as well?

Blue Sky had about 450 talented employees and was the only major feature animation studio on the US east coast. Far removed from the industry hub in California, but very close to some of the top schools in the country.

Thirdly, because of the first two reasons and perhaps most critically, Disney simply felt they already extracted all the value from the studio already. By that I mean that moving forward, all signs point to Disney+ as being the primary avenue for delivering new content from Disney as a whole. There is also the matter of library content of which Disney has a vast and rich collection of animated features of its own let alone Pixar’s. Crucially, it now also owns Blue Sky’s as well. The main value of Blue Sky as far as Disney+ is concerned is in its library, and by owning that, they can extract revenue without the cost of producing new films.

The demise of Blue Sky was perhaps inevitable as innovators outmaneuvered not just it, but its parent company FOX as well. There’s a reason Rupert Murdoch decided to sell it after all. What the future holds for the wider industry is unclear, but it does hint that further consolidation is likely.
The release decisions behind films such as ‘Onward’ and ‘Soul’ are less about pioneering digital so much as hard economics; studios do after all, have to pay for the films before they earn a cent from them. COVID certainly brought the inevitable changes forward by a good half-decade, but many studios were not prepared for the change and were still producing films based on the expected revenues from a theatrical release. This, I believe, was probably the last nail in the coffin for Blue Sky.
This is true for a few reasons
It’s certainly possible. Major feature studios are a dime a dozen, especially once you look overseas, and even in the US they are more than a few:
Simply put, it’s a combination of all three factors. Blue Sky wasn’t afforded the chance to build their own streaming audience or to build a brand image that aroused excitement from such an audience. Now that they are owned by Disney, that company is not going to spend the time, effort and money to do so because they don’t perceive a payoff down the line (doubly so with COVID) AND because they’ve already paid for Blue Sky’s library which is valuable in itself.
“Given the current economic realities, after much consideration and evaluation, we have made the difficult decision to close filmmaking operations at Blue Sky Studios.”
This is all the more depressing when we keep hearing stories about how the animation industry is booming and business has never been better. There may not have been room for Blue Sky within Disney, but there certainly was room for it within the wider industry.
With Blue Sky gone, the wider region as a whole will feel the impact. Retaining talent in the greater NYC area will be more difficult, and the pool of resources will shrink as a result.
The first is that FOX never had their own streaming service. They relied on Hulu but that service is very much known more for TV than for films even though it does carry the latter. Without its own service, Blue Sky’s films were relegated to other streaming services and were never able to build their own niche with audiences.