WetaH offers Weta Digital’s years-long R&D commitment to Houdini to the entire user community. Architected and stress-tested by artists in service of the industry’s most visionary storytellers, WetaH will unlock the untapped potential of Houdini and the Houdini Engine across many facets of the pipeline. WetaH will enter private beta in Q4, alongside WetaM, as part of Weta’s software service, offering professional and prosumer tools to artists across the global entertainment industry.
“> 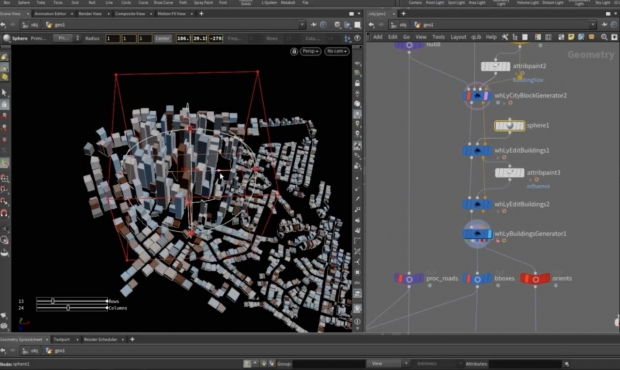 “This is such an exciting time for new generations of Houdini artists,” says Cristin Barghiel, VP of Product Development at SideFX. “Partnering with the visionary minds at Weta Digital will enable us to bring the efficiency and sophistication of Houdini’s procedural workflows to the broadest possible artist base. Now even the smallest studio will be able to access production- proven tools out-of-the-box, for VFX and beyond.”
Dan Sarto is Publisher and Editor-in-Chief of Animation World Network.
Source: Weta Digital
Weta Digital, one of the world’s premiere visual effects studios, together with its partner SideFX, has just announced a new software service combining Weta’s proprietary tools with SideFX’s award-winning Houdini application. The WetaH partnership will allow artists to take advantage of the deep integration between Houdini and Weta Digital’s award-winning technology.
He added, “The industry is moving to distributed architectures that will allow our cloud service model to reduce expensive technology barriers, further enhancing the natural strength of Houdini’s node- based procedural workflows and overall position in the market.”
SideFX is a global leader in procedural 3D animation and visual effects tools in film, advertising, and gaming; its Houdini software is an industry standard. This best-in-class collaboration offers Weta Digital’s integrations and extensions of the Houdini workflow, including Weta’s Loki multi- physics solver and high-performance compute paradigm, renowned for driving some of their iconic work in films like Avengers: Endgame, Alita: Battle Angel, and War for the Planet of the Apes.
“Partnering with SideFX was essential in realizing our vision for the cloud service, I cannot imagine doing this without them,” said Weta Digital CEO Prem Akkaraju.

The new partnership validates the importance of modern procedural workflows in today’s forward-looking visual effects pipelines. It has an immediate impact on Weta’s WetaM cloud service, announced with Autodesk this past June, their new business unit just launched as part of a vision to unite industry-leading technology players. Years of joint development work and a shared outlook underpin the inclusion of Houdini as a key part of Weta’s vision for how the entertainment industry will evolve. 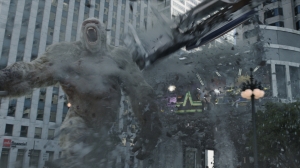