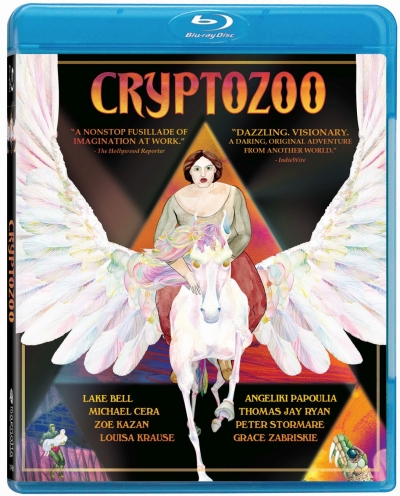 Enjoy a peek into the world of the baku:
Source: Magnolia Pictures
From visionary comic book writer, artist, and filmmaker Dash Shaw (Discipline), the strange and hypnotic animated tale Cryptozoo is now available on Blu-ray and video on demand. The stylized feature premiered at the Sundance Film Festival 2021, winning the Innovator Award, and for good reason. The vibrant and fantastical story follows cryptozookeepers through a richly-drawn hallucinatory world as they struggle to capture a baku, a legendary dream-eating hybrid creature. Portrayed with stunning visuals, the cryptozookeepers begin wondering if they should display these rare beasts within the zoo’s confines, or let the mythical creatures remain hidden. Along with the film, the home release offers special bonus features including a Cryptids GIF Gallery.
Sam is a part-time English instructor, journalist, and full-time fiction writer, and if he writes one more word, it will be the most he’s ever written.
[embedded content] 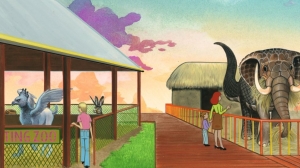