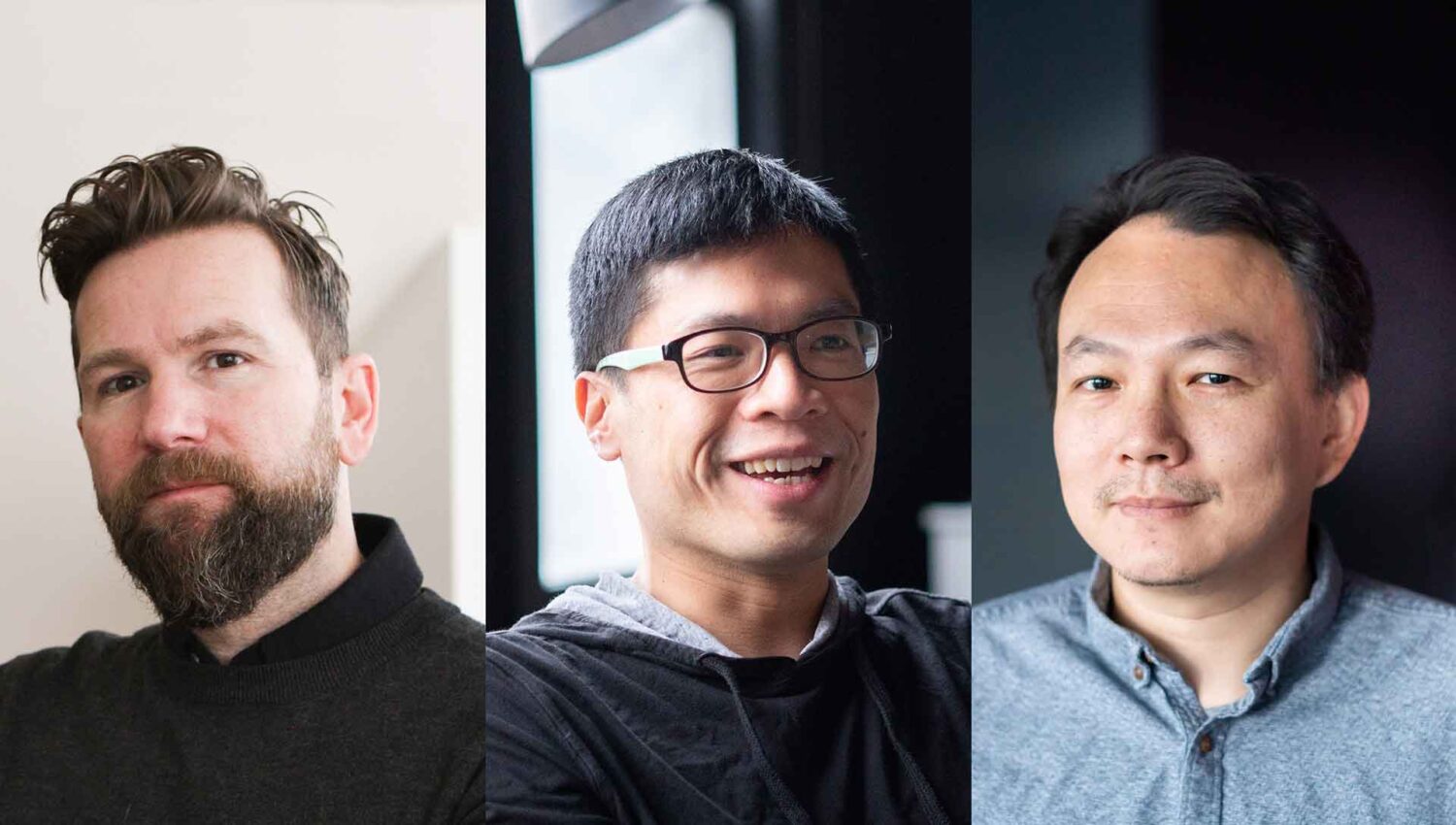 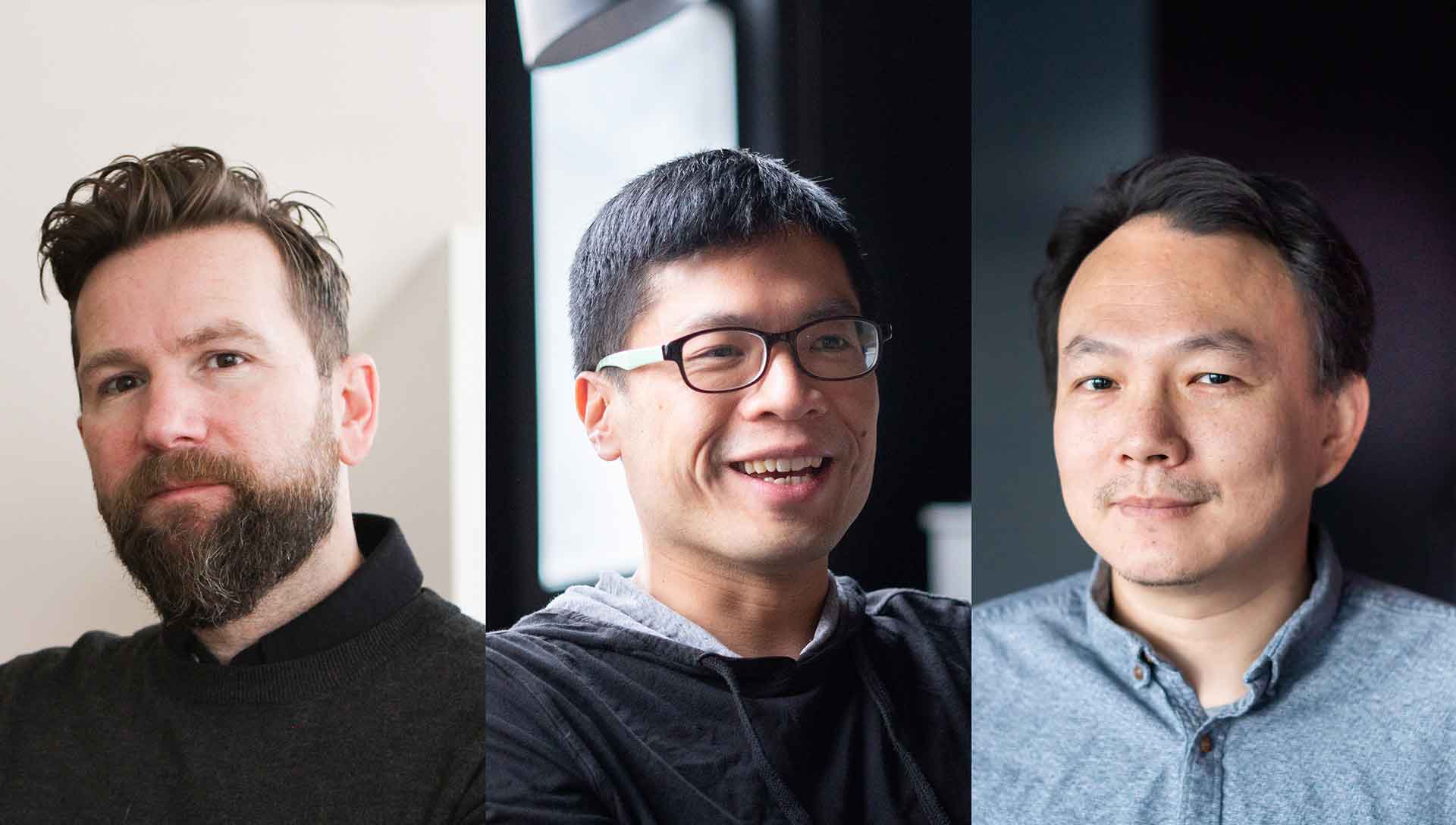 All three will be based out of Artjail’s New York studio but will pitch in on selected projects in Toronto as well. Their hire was announced by John Skeffington, Managing Director and EP, and Steve Mottershead, Founder and Creative Director.
“What we are doing at Artjail is building a highly concentrated, supremely talented CG department that can flex with job demands and expand and contract when needed,” Denner continues. “The experience both Jonathan and Weichieh have fits perfectly into this philosophy. By working at the big companies, they’ve been exposed to a wide range of jobs of varying complexity, and have held different roles within those teams. All this, combined with the existing senior staff at Artjail, will make this a very nimble and dynamic environment.”
From the release:
Lee says he’s happy to be joining the staff and is looking forward to “building a relationship within a team that results in better workflow while getting a chance to explore new techniques on future projects. What makes Artjail unique and special is its people; they make all the difference.”
Greenwood, who most recently was with Nice Shoes, has already contributed to a number of key Artjail projects, including spots for Doritos, directed by Henry Schofield of Reset, and Peloton, directed by Los Perez through Caviar. “Having an artist of his caliber allows us to confidently go after more involved design work and lets us expand our creative capabilities,” says Skeffington.
Artjail is capping a busy year with a spate of new creative hires. The studio, with offices in New York and Toronto, has tapped Matt Greenwood as its new Design Creative Director. Further bolstering its creative resources, it’s also named Jonathan Lee and Weichieh Yu as CG Leads.
Skeffington notes that Greenwood’s hire represents a new position at the company. “We’ve always offered design services, but Matt is the first CD we’ve brought on to run the design team,” he says. “He’s got a well-rounded skill set, a strong eye, and great leadership abilities. We see him playing an important role in the future development and growth of the department.”
Denner notes that since their hire, both Lee and Yu have been working several days a week at Artjail’s New York office, which is operating under a hybrid setup. “We assess our workload, our R&D needs, and everyone’s lifestyle and personal situations, then block out the week in the office-based on milestones,” he explains. “We’ve found this approach is very effective, as ultimately we’re both maintaining and building on our company culture while still being able to resolve creative problems quickly.
Yu says he’s eager to take on a heavier load as a staffer versus a freelancer. “It lets you take on greater responsibilities, and you can see things in a broader view,” he notes. “As an artist, I like the challenges it presents. I believe I’ll be able to express more of my creativity as part of a team here at Artjail. I’ll feel more at home.”
Greenwood says he’s admired Artjail for years and jumped at the opportunity to join the studio. “I’m honored to be named Creative Director for design and motion graphics,” he states. “Their work is top-notch, with a high level of precision and sophistication that shines through. I love the idea of helping develop and grow the motion design side of the studio, and I’m excited by the prospect of contributing to their amazing work.”
Adds Mottershead, “I was familiar with Matt’s work and reputation in the industry, and was keen to loop him into our growing team. He’s one of those rare talents who’s not only an amazing artist but an even better person. His calm demeanor and confident artistry put both the team and clients at ease, knowing that they’re in great hands. We’re extremely excited to grow our design department around such an amazing talent.”
Artjail’s new CG Leads, Lee and Yu, bring a wealth of experience to Artjail, having worked on both staff and freelance roles at the industry’s top animation and VFX houses. Collectively their resumes include stints with The Mill, Psyop, Framestore, Taylor James, Buck and Zoic, among others. Lee has taught computer art at New York’s School of Visual Arts for the past seven years, while Yu’s hire signals a return to Artjail, where he’s freelanced in the past.
“It was an easy decision adding Jonathan and Weichieh,” says Ross Denner, Artjail’s Head of 3D. “Both have over 10 years experience at the industry’s top studios and have won multiple awards. They’re incredibly talented and accomplished artists/leads, but more importantly, they come with personalities that complement Artjail’s culture. They add new dimensions and perspectives to our skill sets, not just in producing pixels but also mentoring, leading, and developing talent.”