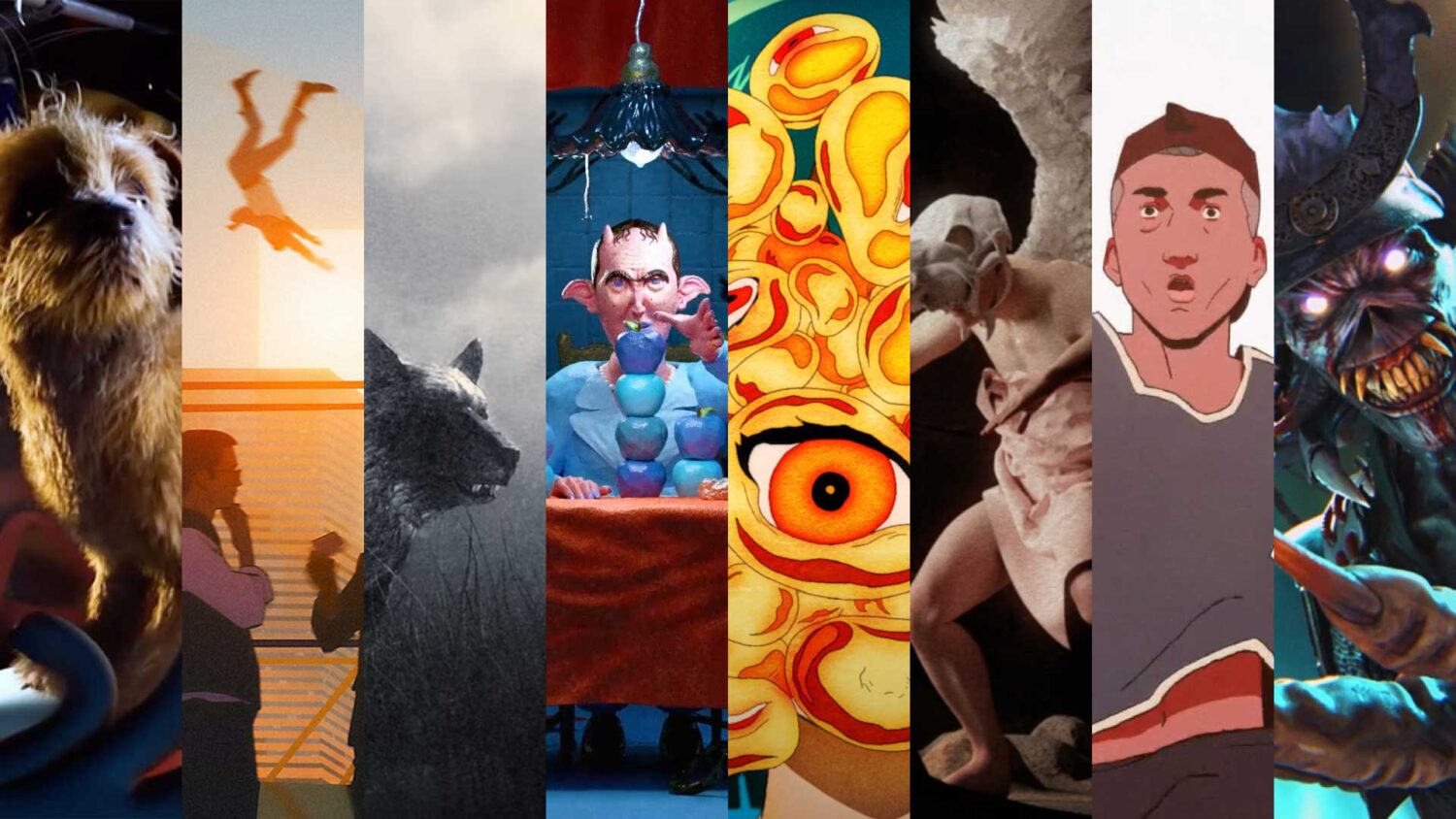 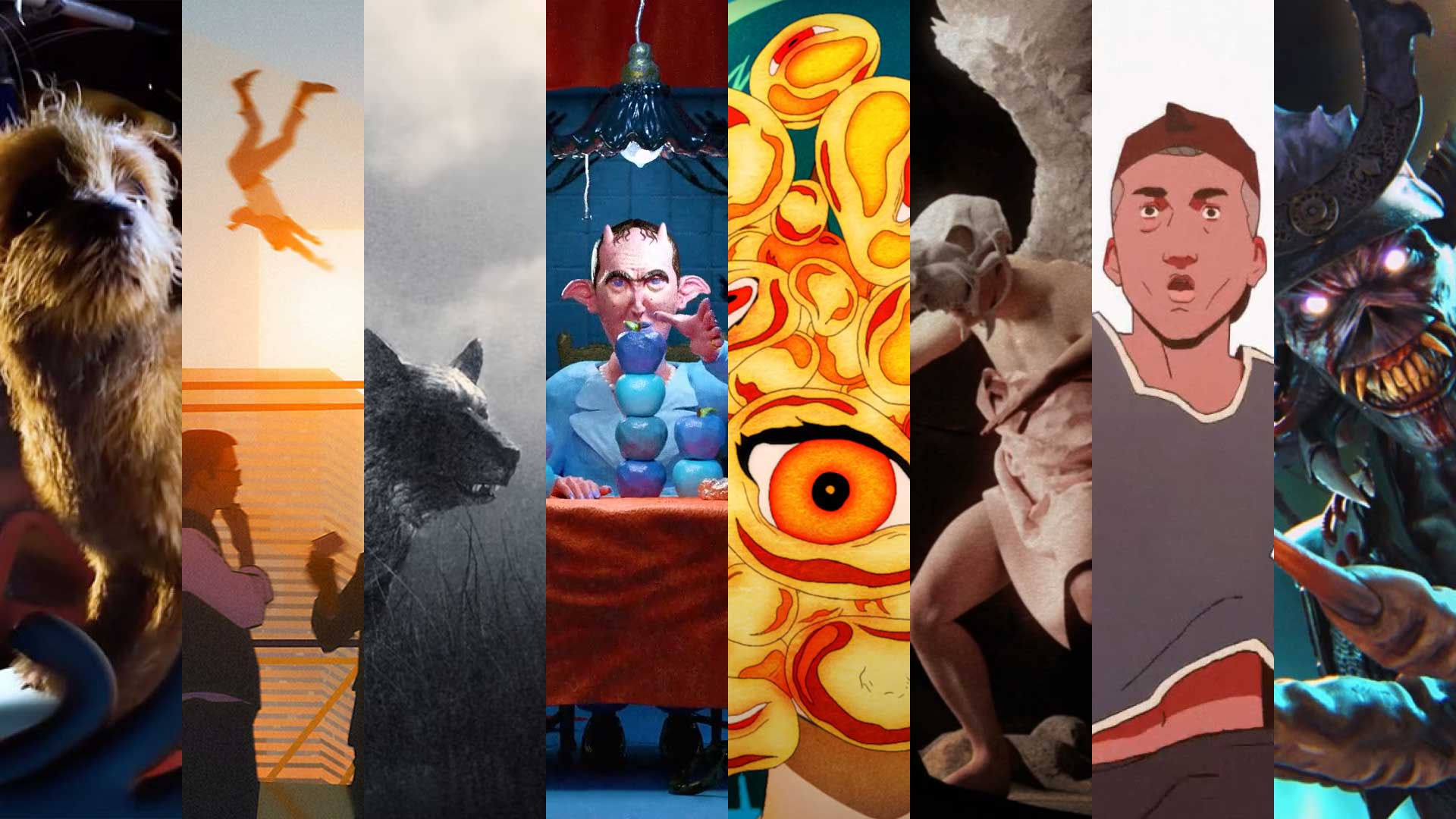 “There were several major challenges to completing the project successfully. First was creating a piece that could complement the existing Johnny Cash anthology as this piece would live on his site next to his other work. This meant the subject, narrative, and style needed to somehow channel his aesthetic.


“Sonically, ‘Trepanation’ is a head-bobbing piece of music, but it’s the visual that really takes our breath away – telling the story of a half-built android on an extinct Earth as she tries to attain human consciousness.”

Director Félicien Colmet Daâge at Passion Paris: “My idea was to explain the birth of aggressive behavior among these minors from a tough immigration background by staging two forms of violence (physical as well as a more understated one).
Gabriel Tick, director/illustrator/animator in New York City: “The brief from Sony Music and Legacy Recordings was to create an animated music video for Johnny Cash that was ‘moody, dark, brooding, but beautiful.’
Offering creative freedom to balance the lack (or total absence) of budget, music videos provide directors, animators, and VFX artists with rare encouragement to prove new techniques and indulge eccentric ideas.
Director Reza Dolatabadi in London: “After listening to the track a few times, I was drawn towards the world of Edward Hopper and that sense of alienation and melancholy which always hovers over the people in his paintings.
Ryoji Yamada, director and animator at Mimoid in Tokyo: “The track, featuring the gently warped vocals of Japanese singer Masumi, is off Millenium Parade’s recently released self-titled debut album (it’s also the official theme song of Netflix’s upcoming horror film Homunculus). “I also thought that for the first time, I could bring together my love for and experience with street photography into my animation work. I always wanted to do that, and this felt like the right project for it.”

KRIILL “HURT PEOPLE HURT PEOPLE”
STASH 145
Director Sam Mason at Hornet in NYC: “The idea of following Mac Miller’s dog Ralphie as he embarks on a quest into unconsciousness spawned from a true story about the time he went missing while Miller was in a recording session.
Ranging from ambitious stop-motion and motion-captured VFX to painterly black and white animation, these eight films for artists as diverse as Johnny Cash and Iron Maiden, prove just how fertile the music video genre remained this year.
Blinkink: “When Warner’s video commissioner Sam Seager asked if Nicos was available for the project, Blinkink’s Head of Music Videos, Josef Byrne, simply sent a photo of Nicos wearing an Iron Maiden t-shirt.”

Following standout work for both Thom Yorke (Stash 139) and Mitski (Stash 134) in 2019, director Saad Moosajee gift wraps dance, costume, VFX, and motion capture in Renaissance lighting for this music video for Japanese singer/songwriter Joji.
“So I focused the narration on a succession of shots, each articulated around a strong symbol. The sequence of scenes in no apparent order gives us an idea of a life that can only be described as chaotic.”

[embedded content] Category: Animation, CG, Character Animation, Featured, Motion Capture, Music Video · Tags: Bastille, BlinkInk, Félicien Colmet Daâge, Gabriel Tick, Hornet, Iron Maiden, Johnny Cash, Joji, Kriill, Mac Miller, Millennium Parade, mimoid, Nicos Livesey, Passion Paris, Pomp&Clout, Raman Djafari, Reza Dolatabadi, Ryoji Yamada, Saad Moosajee, Sam Mason, Squid, Swordfish
“I wanted to explore a state of mind that I found myself in many times. It is the fear of going outside and forcibly being confronted with everything that one cannot love about themselves because they have been taught not to.”

[embedded content]
All films were published in The Stash Permanent Collection during 2021 and are listed here in chronological order by the date of publication.


(above)
JOJI “777”
STASH 145
MAC MILLER “COLORS AND SHAPES”
STASH 150 [embedded content]
[embedded content]
[embedded content]
MILLENNIUM PARADE “TREPANATION”
STASH 148 JOHNNY CASH “FARTHER ALONG”
STASH 146
Blinkink director/animator Raman Djafari: “This video is a meditation on the feeling of being unfit, unlovable, not compatible and the manic anxiety and stress that this results in.
SQUID “PAMPHLETS”
STASH 148
[embedded content]
BASTILLE “SURVIVIN’”
STASH 145
Blinkink director Nicos Livesey, whose range of animation techniques stretches from embroidery to Plasticine, pours his passion as a lifelong Iron Maiden fan into this seven-minute epic for the band’s latest single.
Produced by Pomp&Clout under the VFX supervision of James Bartolozzi, the film features dancer/choreographer Maya Man motion captured by Silver Spoon Brooklyn and enhanced with Houdini work from Swordfish in San Francisco.


Posted on Monday, December 27, 2021 · Leave a Comment
[embedded content]
“Unfortunately, Ralphie was never found, and this story is about where Ralphie might have gone. Supporting the literal premise is a more abstract exploration of childhood and more specifically, Miller’s childhood.”

IRON MAIDEN “THE WRITING ON THE WALL”
STASH 149
CategoriesMovie Animation