Nitya Mehra (Baar Baar Dekho) and Kunal Nayyar (The Big Bang Theory) are set to make the animated feature Diya from Reel FX Originals, Deadline reports.
Max Weinstein is a writer and editor based in Los Angeles. He is the Editor-at-Large of ‘Dread Central’ and former Editorial Director of ‘MovieMaker.’ His work has been featured in ‘Cineaste,’ ‘Fangoria,’ ‘Playboy,’ ‘Vice,’ and ‘The Week.’
Reel FX is also approaching the release of its 3D animated action comedy series, Super Giant Robot Brothers!, which is set to hit Netflix this summer. The show is helmed by Mark Andrews, the Oscar-winning director of Brave.
Mehra’s debut feature, the science-fiction drama Baar Baar Dekho, was released in 2016. She followed that up in 2020 by directing a segment of the acclaimed Hindi-language anthology Unpaused, entitled “Chained Mubarak.” She currently serves as showrunner, executive producer, and director of the Amazon romance series Made In Heaven, which is now in post-production for its second season. Her career began as an assistant director to both Ang Lee and Mira Nair, working on their films Life of Pi and The Namesake, respectively.
Reel FX Originals is a division of Reel FX Animation that has produced the Woody Harrelson and Owen Wilson-starring comedy Free Birds. Its latest title, Rumble – an animated family comedy centered on “a reluctant monster athlete and his human wrestling coach” – premiered on Paramount+ in December 2021.
Mehra will direct, with Nayyar executive producing through his company, Good Karma Productions. The film is described as being “in the vein of its 20th Century Fox title, The Book of Life” — director Jorge R. Gutiérrez and producer Guillermo del Toro’s 2014 film about a bullfighter who embarks on an adventure during the Mexican Day of the Dead. This version of the story – co-written by Shiwani Srivastava (Netflix’s Wedding Season) and Dr. Amy Bhatt – will be steeped in Indian folklore. 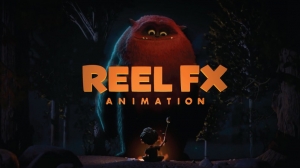