This year, for the first time, applications for ANIMARKT Pitching have two formats. One of them is dedicated to short film projects in development (at least the first draft of the script and lasting less than 26 minutes). The second one is for feature films or TV series or TV specials at every stage of production. What’s important is that 80% of the project has to be planned as a stop motion animation. From among all the submitted applications, the selection committee will choose 15 projects in the first category and 10 in the second. The finalists will meet in Łódź (Poland) in autumn to compete for prizes and come closer to the implementation of their ideas. The organizers are waiting for applications to the Pitching section until August 31st, and the recruitment results will be announced on September 20th.
Participants can choose from workshops dedicated to the development of series for children and character animation. The first one will be led by Christophe Erbes, who is an international consultant for children’s media, previously worked, e.g. for Canal + International. He was also a program director at S-RTL Disney and Nickelodeon and managing director at Fox Kids Europe. During classes with Christoph Erbes participants will learn how to structure a created story and how to remain original, and at the same time meet market expectations. The second workshop – character animation will be hosted by Thiago Calçado, who has worked on such productions as Wes Anderson’s Oscar-nominated “Isle of Dogs”, and currently is animating on Guillermo Del Toro’s Netflix film “Pinocchio”. In Łódź, he will focus on acting for feature films and the work of the animator on such productions. He will talk about setting up a shot with riggers and the puppets, looking for live action reference, communication with the director or the ability to animate in relation to light or scenography. To participate in the workshops during ANIMARKT Stop Motion Forum 2022, participants should complete the application form, which is available on the website and attach the required materials – CV and showreel. The number of places for both training courses is limited. The deadline for applications is August 31st. The lists will be announced on October 1st.
Co-financed by the Minister of Culture and National Heritage from the Culture Promotion Fund – a state special purpose fund. The project is co-financed by the Polish Film Institute.
ANIMARKT Stop Motion Forum is the only industry event in the world that focuses on the most important problems and challenges in the production of stop motion animation. The key goal of the event is to create a platform for sharing experiences and practices between stop-motion filmmakers, distributors, broadcasters, producers, animation service providers and industry representatives of all skill levels and from all around the world. The event is organized by MOMAKIN, which combines the world of animation filmmaking with international production, distribution and promotion. It specializes in stop motion and supports animation projects at every stage of their development: from planning and financing through production to distribution.
– It has been proven many times that an award at ANIMARKT Pitching translates directly into the future of the artist and his or her project – Agnieszka Kowalewska-Skowron from MOMAKIN, the organizer of the ANIMARKT Stop Motion Forum, emphasizes. – During ANIMARKT Daria Kashcheeva presented her animation “Daughter”, for which she was nominated for an Oscar award in 2020 for the Best Animated Short Film.
More about the event on www.animarkt.pl.
ANIMARKT also opens a registration for workshops in the Masters section. – All workshops are free, as always, conducted by internationally recognized experts – says Paulina Zacharek, the co-organizer of ANIMARKT Stop Motion Forum. – Classes are also a great opportunity to meet people from the animation industry, exchange contacts and ideas for any kind of animation. It is also a chance to gain knowledge from world-famous creators.
Stop motion animation: https://bit.ly/Thiago_Calcado_en
Pitching and MASTERS workshops are part of the ANIMARKT Stop Motion Forum program, one of the most important events in the animation industry in the world.
Link to the registration form for Pitching: https://bit.ly/ANIMARKT_Pitching_en 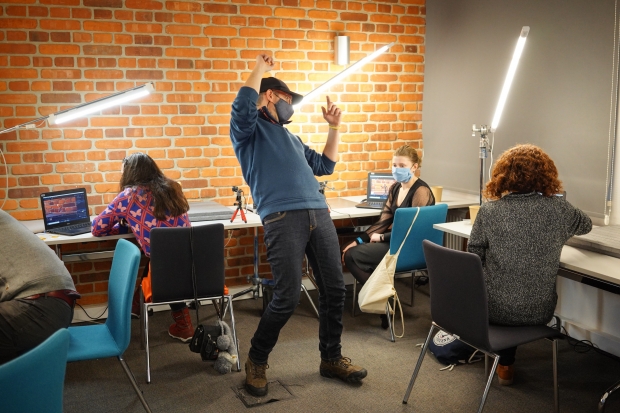 Link to the registration form for Workshops: 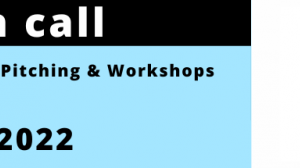