content“>
Throughout the film, the rules of physics shift, creating a playful atmosphere that pays off several times with enjoyable sight gags. Sometimes shots are cut in half with the same action represented out of sync in each part, other times objects interact with the edges of the screen as if they were physical borders.
[embedded content]

Special recognition should also be paid to Daruma Audio, responsible for the immensely gratifying sound design of the film. Each click, blip, and boop matches up so well with action on the screen it’s like having an itch you didn’t know had get scratched. 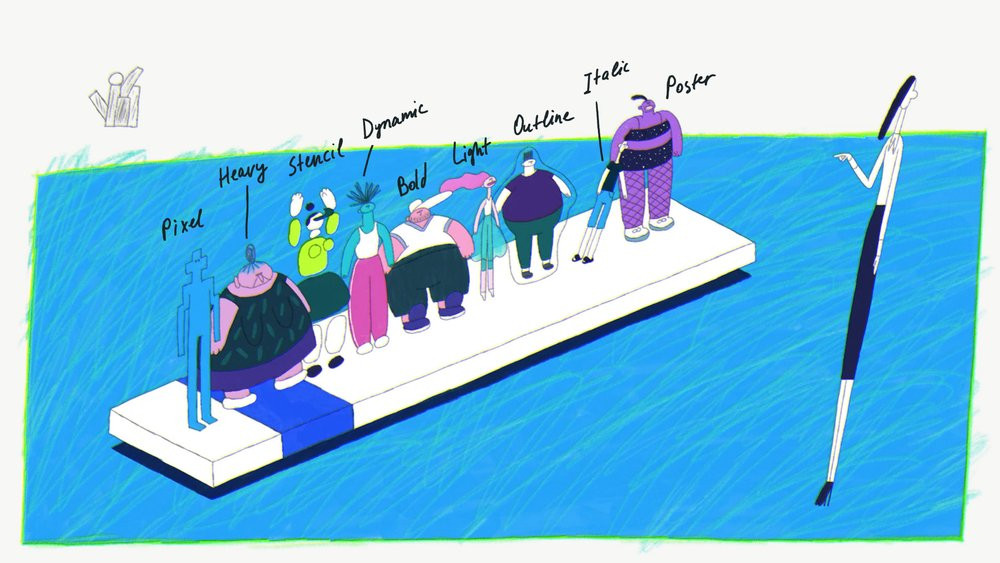 Nata Metlukh’s self-produced four-minute short Regular is about fonts, yet features almost no text throughout its four-minute run-time.

Regular is a short that demands repeat viewings, as there is a lot going on that can be easy to miss the first time through. Matlukh also posted a detailed behind-the-scenes page which explains further the world of Regular.
Set in a world of graphic design, the characters each represent a different font and work together to build a garden. Some of the characters are regular, others bold, and others italicized, but each plays a role in the construction project.
CategoriesMovie Animation