“I feel like this film will build a bridge between me and my parents and they will understand how I felt as a child,” says Joon, echoing the plight of Sierra’s young hero as the boy transforms himself into a new tire for his father’s broken-down racecar. According to the director, that transformation reflects the delicate way in which the film deals with growing up and how parental influence can unintentionally bridal our ascent into adulthood. In Sierra, this transition is decidedly more literal, with Joon’s adolescent self physically manifesting as his father’s automotive obsession.
For those who couldn’t catch Sierra on the festival circuit, the film is now available to view on The Criterion Channel. More information about the film is available at www.sierra.ee.

As Joon speaks, the cartoon figure next to him wipes tears from his eyes in welcoming recognition, making the subtle depth of Sierra all the more apparent. It is clear that the film means a great deal to the director, and now a great deal more to warrant such reactions from both Joon’s real-life father and his animated counterpart. Like the grinning, swinging tire of the film’s final shot, peace seeps quietly from Joon’s 3d world into our own.
While speaking in the making-of video, Joon is joined by his father’s animated counterpart and recalls when “my father saw the film at the premiere, I hadn’t seen him that happy in a long time. So, I feel like this film worked out in a really nice way.” 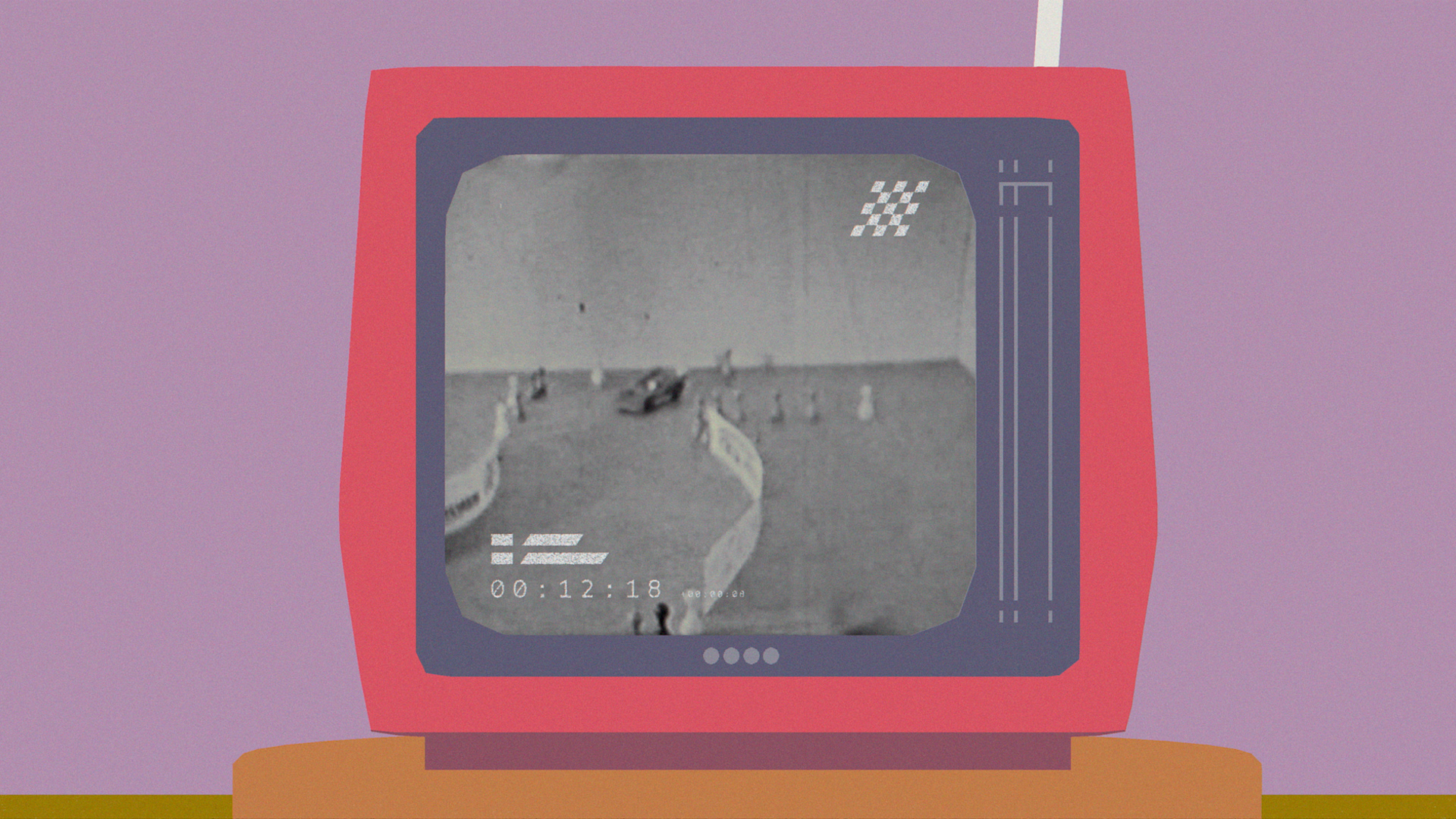 After an extensive festival run, Sierra has won more than 30 awards from festivals such as GLAS Animation Festival, Filmfest Dresden, and the Ottawa International Animation Festival. The film’s prizes at Palm Springs International Short Fest, San Francisco International Film Festival, and AFI Fest have also qualified the film for the upcoming 2023 Oscars.
In the new making-of video, Joon discusses the many inspirations behind Sierra, starting with a car-centric stop-motion film made by his father when the man was only 16 years old, animated on “his kitchen and bathroom floor.”
Harmonizing with the film’s earnest origins is Sander’s versatile technique. Sierra’s style is a uniquely homely take on 3d animation, coated with the same grainy caliber of his father’s 16mm film. In his own words, “Sierra uses a 3d technique for its animation, and for me, it’s equivalent to stop-motion animation, only in the virtual space.” 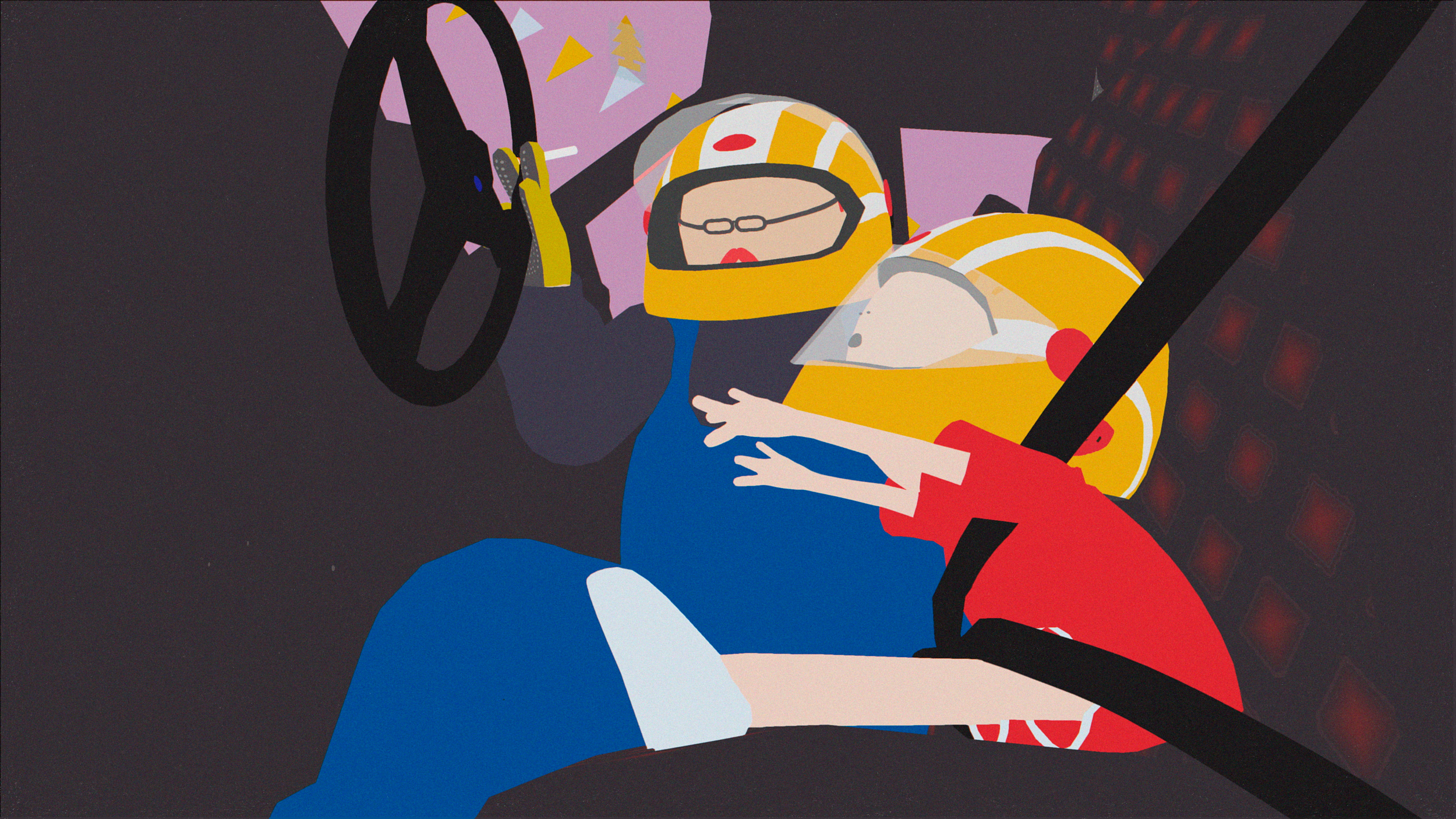 Rife with tranquil technicolor, Joon’s Sierra rushes headlong into its stylish surrealism with a playful and turbulent bliss. The short breathes new aesthetic life into a significant era of rally driving whilst depicting the tumultuous dynamics of a father and son in their pursuit of intimacy. Based on Joon’s childhood, there is a resonance of loving catharsis throughout the film which takes us along for the ride with his characters on a scrupulous expedition into the intricacies of dysfunctional love.
In an exclusive new making-of video shared with Cartoon Brew, director and animator Sander Joon shares personal insights on the making of his multi-award-winning animated short Sierra. 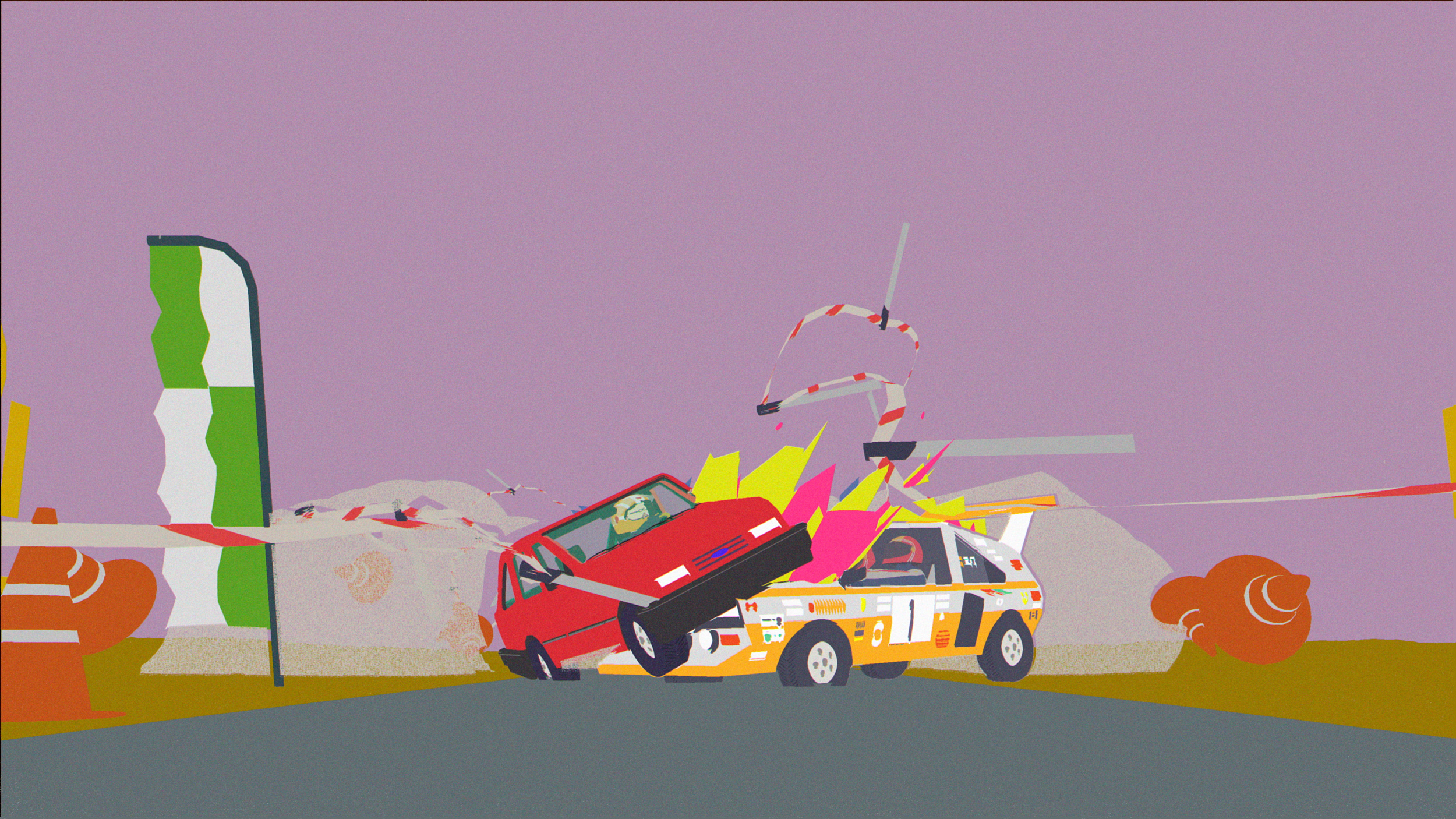 Impressive too is the film’s extensive soundtrack. Working together with Misha Panfilov, who Sander explains “has a really good sense of natural sounding music,” Sierra’s score touches on everything from lo-fi 1980s vibes to elevator ambiance. Its serene patchwork of mellow tones is transportive and visceral and wraps around Joon’s animations with masterful dexterity. A special edition vinyl version of the soundtrack is available to buy on Discogs.
Through this technique, Joon imparts a spirit into his characters far beyond the “cold and soulless animation” of stereotypical 3d composition, oscillating from the screen like hand-cut paper puppets. There is an inherent charm to Sander’s method which imbues the same physicality of stop-motion animation, but with digitized precision. In essence, Sierra’s distinct anatomy plays with the sensibilities of classic 2d animation within a 3d world, “bring(ing) heart” to a new consciousness in animation.
Joon includes several brief clips from that film in his own short as a tv program within the world of the short. The incorporation of his father’s work is more than ornamental; the veins of Sierra flow with the emotional imprint of Joon’s family relationships. This is not a film about the absence of connection, but rather the ordeals we undertake in our quest to achieve it.