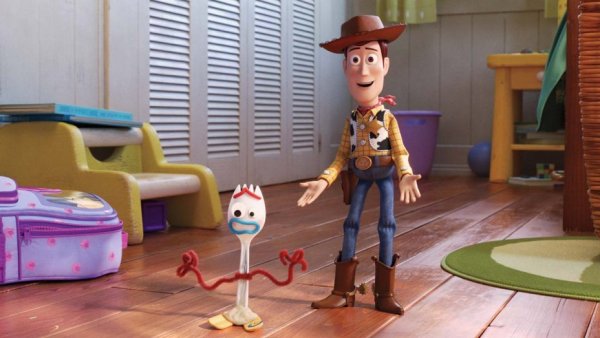 But many films—even some successful ones–lacked vision and originality. Too often, the studio features felt like CG business as usual. Viewers looked to the work of foreign and independent artists for greater creativity in animation.
Vulture does a good overview of where the industry has come, and where it could be headed. A new gold rush? It’s certainly possible.

Cartoon Research Mark Evanier provides not one, but two fond personal tributes to the longtime animation who died at the end of this past year.
A selection of the best animation news, opinions, and features from around the world for the week ending January 4th, 2020.

Jim Korkis goes into as much detail as anyone would need to know about Robin Williams’ most famous animated role.

/Film Charles Solomon once again provides the most succinct review of the year in animation.
We thought the early 1990s explosion of creater-driven shows and edgy adult animation on cable was a real boon for grown ups long deprived of animated content. Turns out that explosion was just the big bang and the true effects are only now being seen. Animation Scoop

Truly ranking the best queer characters and moments from 2019 would feel like picking a favorite child, but the ones I mentioned are those that stuck out most to me. It’s nice to have a bit of choice as a queer viewer! The representation isn’t always great, but as awareness of LGBTQ issues grows worldwide, so does their presence in anime. And that’s something I look forward to seeing in 2020 and beyond. Perhaps the most famous of all is one of the Disney animated package films of the 1940s, The Three Caballeros. The 1944 film expands on the messages, themes, and style of its immediate predecessor, Saludos Amigos; features some of Disney’s most beloved characters; and concludes with a sequence that not only includes the word “surreal” in its title but is actually legitimately surreal enough to earn the categorization.

Is Toy Story 4 a ‘white’ film? How about other Pixar films? Do they portray a mythical America where upper middle class families of homogeneous racial background own the culture? Is the fact that they do a problem for the industry as a whole?