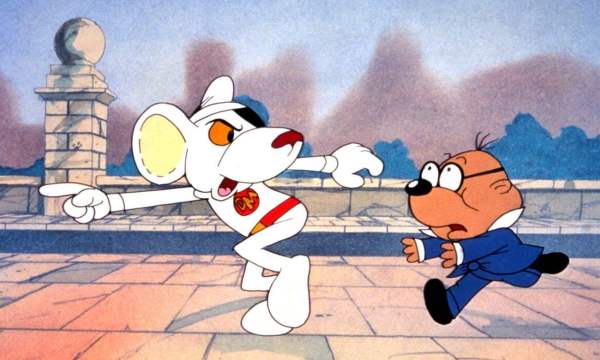 A selection of the best animation news, opinions, and features from around the world for the week ending January 11th, 2020. Some of you may remember just a few years ago when the number of animated features being released barely met the requirements for the best animated feature to even be awarded, but thankfully times have changed for the better.

The Animated Film Industry Collider
Want to read Bill Plympton’s thoughts on the animated films nominated for the Academy Awards? Of course you do. Animated Views

If like me, you have a vague recollection of this show, Jim Korkis can fill you in on the background to the show you ought to know.

Need a comprehensive review of 2019? Look no further than this fulfilling article.
Bob Lefsetz

The BBC has all the details if you’re interested, but you’ll probably want to read Bob Lefsetz’s opinion instead which is filled with nuggets such as the one above.
/Film
Although we await the shortlist for the crowded Oscar field, the British BAFTA nominees are depressingly mundane. The Hollywood Reporter

After being booted off The Good Dinosaur, it’s nice to see that Bob Peterson is still contributing to Pixar’s output. So, a brilliant idea… Millennials are addicted to their phones, they’ve got a short attention span, let’s feed them bite-sized series, since they’re UNDERSERVED!

Disney are no strangers to cutting themes from their content that it no longer politically correct and although Disney+ films have a disclaimer in front of them, they many ways that they’ve been cut up and edited over the years means you may not be getting the original films you think you are. My personal take is that this is ten years too late and offers a business model that is already out of date. YouTube pivoted towards paid subscriptions because although millennials love the platform, Netflix give them the high-quality, algorithm-driven content they crave. Can you see a major hit coming out of this?

The Rotoscopers The co-director and voice behind the star discuss the show, how it came about, and why they had to change the antagonist’s accent for the US.

This article discusses Disney the corporation and not just Disney the studio but does have a good grasp of what the company will need to change in the coming decade. Seth McFarlane’s development deal with FOX expired in the middle of last year so it should be no surprise that he’s been able to shop around Hollywood for the best that studios are willing to offer him. This new deal with NBCU covers everything the talented former-animator comes up with over the next five years.
Former DreamWorks animation head honcho Jeffrey Katzenberg is back with a service that essentially attempts to reinvent YouTube but without the ‘free’ part that made Google’s juggernaut such a success in the first place. Animation Magazine

The Rotoscopers have the lowdown on all the major animated features coming our way in 2020. The studio with the most intriguing lineup? Netflix of course.

Social Media Posts of the Week