I’ve been lucky to have experience meeting these types of talent for years, beginning with my old podcast called The Animation Network. That drove lots of undiscovered talent my way, in addition to doing portfolio reviews on behalf of Disney at places like CTN Expo. Also, our social media presence is growing everyday, leading to a flattering amount of cold-callers enthusiastic to work with us. We also have some high-level industry vets who might not have work to hand out [but] send folks to us knowing what we can provide. I think, though, we’d love to also get more proactive in our near future about going out to schools and having a presence at conventions and expos to meet people directly and provide guidance. And what we’re looking for is marginalized folks (POC, queer, women) who are struggling with various barriers to entry, but display not only plenty of talent, but potential as well. That includes a hunger to learn. Also it’s important to say that we look for current industry folk who might identify as marginalized, but find themselves up against hurdles to break into leadership positions. We are excited to hire first time directors, story editors, production managers and others.
[embedded content]

What makes now the right time to embark on a venture like this?
It’s a perfect intersection between the success and momentum of my own career, and the political climate surrounding the entertainment industry, which obviously seeps into animation. But having to deal with so many of these hurdles myself, it’s very personal to me as a professional and I’ve learned how to get beyond these hurdles. With Chase, too, we agree that (like so many audience members) we’re aching to see the diversification and representation on screen that we can identify with made by people who live those narratives for our children as much as our own entertainment. So taking what I accomplished and have learned pre-diversity-push, it’s a great time to not only scale myself as a commodity in the industry, but do so by passing along the knowledge to those just as deserving.

Brothers Kris and Chase Wimberly have opened shop at Studio Smokescreen, a relatively rare example of an L.A.-based Black-owned animation studio. To mark the occasion, the studio has produced a calling card short titled Tent Sale, which you can see below.
Have you and Chase worked this closely professionally before? Can you talk about that dynamic and what it means to be launching this studio together?
You keep plenty busy. I wonder if you could talk a bit about how you plan to divide your time between production work and studio founder work. 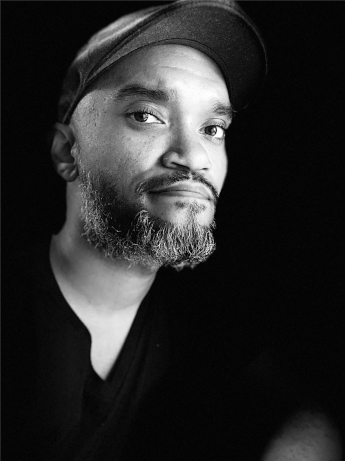 Cartoon Brew caught up with Kris Wimberly to discuss the Studio Smokescreen launch.
Chase and I come from a mother and father that pushed very hard for all us siblings to love and support each other, but no, we’ve never worked this closely. We’ve kicked around ideas before for fun because we both enjoy each other’s professions and we get along on a very “yes, and…!” sort of way. So coming together on something like this feels like such a great and exciting fit for us that it almost feels silly that we hadn’t tried it before. But things have a way of happen in their own time, and this is it. And while Chase always reminds me that I’m in the driver’s seat, like the “Walt” to his “Roy,” we’re just hoping to do the best we can with this opportunity, and really make something special that will mean a lot to us all in a time that we’re starving for change.
Chase Wimberly will handle the business side of Studio Smokescreen, leaning on his decades working in business development and strategic management. He is currently a member of the corporate business development team at Amazon where he supports worldwide operations. He previously served as chief strategy officer at Multiply/Answers Corporation.
Kris Wimberly is an established animation director, producer, and storyboard artist who has recently worked on Disney’s Firebuds (premiering on Disney+ this fall) and Elena of Avalor. He has worked at other major studios including Nickelodeon Animation, Universal Pictures, and Cartoon Network. He is currently in development on a new series which he created for Disney+.
Tent Sale is not a pilot or meant for wider distribution, but was produced as a calling card to companies interested in working with Smokescreen.
Where do you plan to look for and recruit the talent that you are going to develop at the studio? And what kind of artists are you looking for?
According to the co-founders, the studio’s mission is to discover, support, train, and prepare animation talent from underrepresented and marginalized communities. Conceived as a bridge studio, the long-term goal is to develop and train new animation talent on service-oriented projects so they will have the skillset to work at larger studios, creating a more diverse workforce across the industry.
It’s been an interesting challenge so far, but the biggest help in that area is careful placement of the right kind of help when building the studio’s infrastructure. This is also important just in the sense of what we’re trying to accomplish — training up the next wave of industry talent. So, by having current industry professionals with experience who also believe in the studio’s mission placed in leadership positions, it allows the wheels to stay well-greased while I focus where I’m needed. Ultimately though, the plan is to step away from more dedicated creative spots and remain an executive producer tied to projects I’m needed on, so I can effectively run Smokescreen knowing that we’ve worked hard to place the right talent where they need to be.
CategoriesMovie Animation