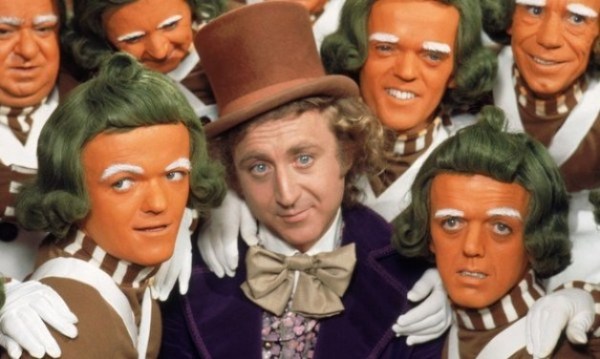 BUSTLE – The hype for this film is about as real as it gets and these differences mean it may as well be a completely different film from the original.

DEADLINE – Animated characters cannot exist in the real world, but they can have a presence. This particular iconic statue disappeared in 2013 but reappeared last week. Deadline has the news, but Mark Evanier shares its far more interesting history.

The Dragon Prince: Netflix’s Animated Series to Get Three Novels

Animated films have become a masterful medium in disguise: a portrayal of ugly reality embedded in optimism, a hopeful message in a moment of subtle bleakness, or a downright celebration of an oppressed history. Disney and DreamWorks churn out movie after movie, attracting children and adults alike not only through their spectacular 3-D animation advancements, but also their uncanny ability to appeal to a progressive—and often self-congratulatory—audience.

LICENSE GLOBAL – As alluded to above, merchandising is often a critical part of the profitability of an animated property and can extend or even preserve its cultural momentum. Sailor Moon is an extraordinary success story in this regard and if you’re curious how merchandising has helped maintain its enormous popularity here in the west for 25 years, then this is the article that explains the secret.

‘Sailor Moon’: An Anime Luminary Lights Up the West

You don’t often see skincare brands being interested in animation, but the company SK-II is releasing a series of six animated shorts for the 2020 Olympics that “brings to life the stories of top Olympic athletes in a six-part series, celebrating the fight to shatter competition in the one place it is toxic—beauty.”

The ‘Scoob!’ Final Trailer Sets Up the Hanna-Barbera Cinematic Universe

DEADLINE – Roald Dahl’s stories have been adapted into animation before (BFG, James and Giant Peach, or Fantastic Mr. Fox anyone?) and it will be interesting to see where Waititi and Netflix take their efforts. That said, it’s dismaying that the book is being plundered again when Dahl wrote a plethora of other stories to choose from that are just as whimsical and ripe for exploration.

The Self-Defeating Irony of Progressive Animation

ANIMATIONSTUDIES 2.0 – How does one archive animated content and what kind of obstacles would they face? Culture is nowhere near as permanent as people believe it to be, and motion pictures are especially vulnerable for reasons you may not expect as Chris DeWitt succinctly describes.

THE CHICAGO MAROON – The quote below is presented without comment, and the entire article is well worth a read. Hopefully it prods some reflection.

A selection of the best animation articles including news, opinions, and features from around the world for the week beginning the 8th of March, 2020.

The Differences Between The New ‘Mulan’ & The Animated Classic, Explained

COMIC BOOK RESOURCES – Consumer product tie-ins is how Disney makes its bread and butter (between that and cable retransmission fees for ESPN.) Netflix doesn’t have near the same presence in the field though, and indeed mostly defers to its third party producers like DreamWorks to handle things. So that makes this announcement for the Dragon Prince interesting in more ways than one. This could be the opening salvo in the company’s next efforts to see off Disney, et al.

/FILM – Yes, everything is a cinematic universe now, even Hanna-Barbera. Scoob! is part reboot, part franchise-starter. The final trailer looks great though, even if Freddie is missing his ascot.

Social Media Posts of the Week