Voice cast includes Dagmara Domińczyk, Michele Pawk, Matthew Modine, Cameron Monaghan, Stephen Lang, and Storm Large.
My Love Affair with Marriage is the first-person account of how songs and fairytales convinced young Zelma that love would one day solve all her problems. As she grows up though, Zelma realizes the world in which she lives is far different than the one she was promised. A coming-of-age story which follows its protagonist through much of her life, the film also features interspersed biological segments that provide a scientific explanation to much of what Zelma is experiencing. Lessons about brain chemistry, anthropology, and the construct of romantic love provide viewers with a masterclass in human behavior.
[embedded content]

The film features hand-drawn animation superimposed over paper mâché sets, a technique which Baumane used to great affect on her previous film Rocks in My Pockets, winner of the Jury and FIPRESCI Prizes at Karlovy Vary in 2014 and Latvia’s foreign language Oscar entry for the year.

The production credits for a nearly two-hour film are quite brief. Beyond budget, are there other reasons you like to keep such a small team?
Signe Baumane’s My Love Affair with Marriage world premieres at Tribeca on Saturday morning, before heading to Annecy the following week to participate in the festival’s main competition. 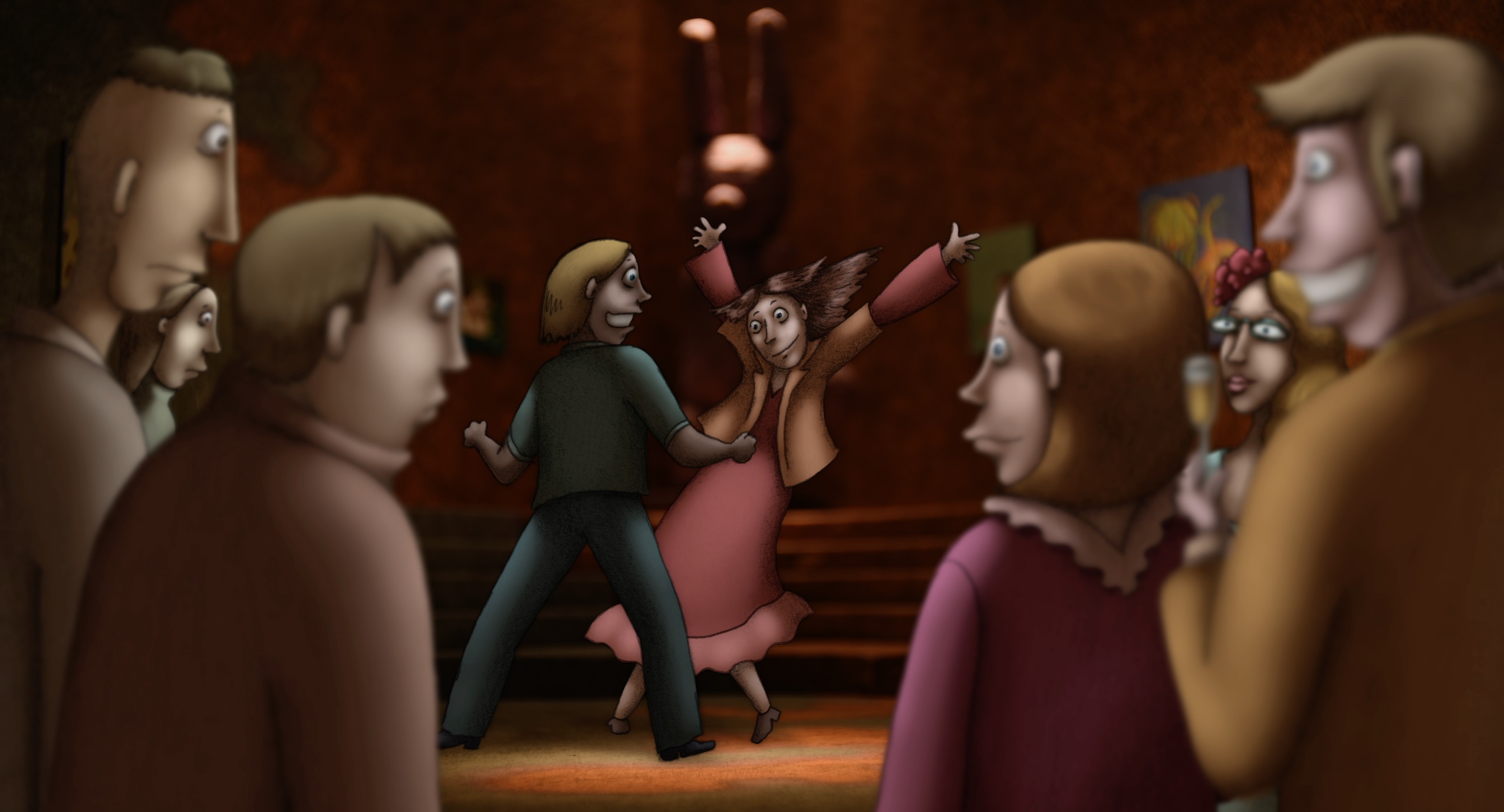 How was the studio in Luxembourg involved?
In Luxembourg [Antevita Films] did the sound and post-production, and [they] did an amazing job. The film features 7.1 surround sound. People were telling me, “Who do you think you are? Using 7.1 sound for this small budget film?” But I believed it was exactly the level of quality we needed because we have all these songs, voices, and dialogues that come in from off-screen and those sounds needed to be layered. Some had to be heard from up close, others from farther away. The experience of seeing this film in full 7.1 surround is really quite amazing.
Baumane spoke with Cartoon Brew about making a feature with a small crew, the incredible amount of research she put in while writing, and what she learned about herself along the way.
What did you learn in that process that will stick with you? 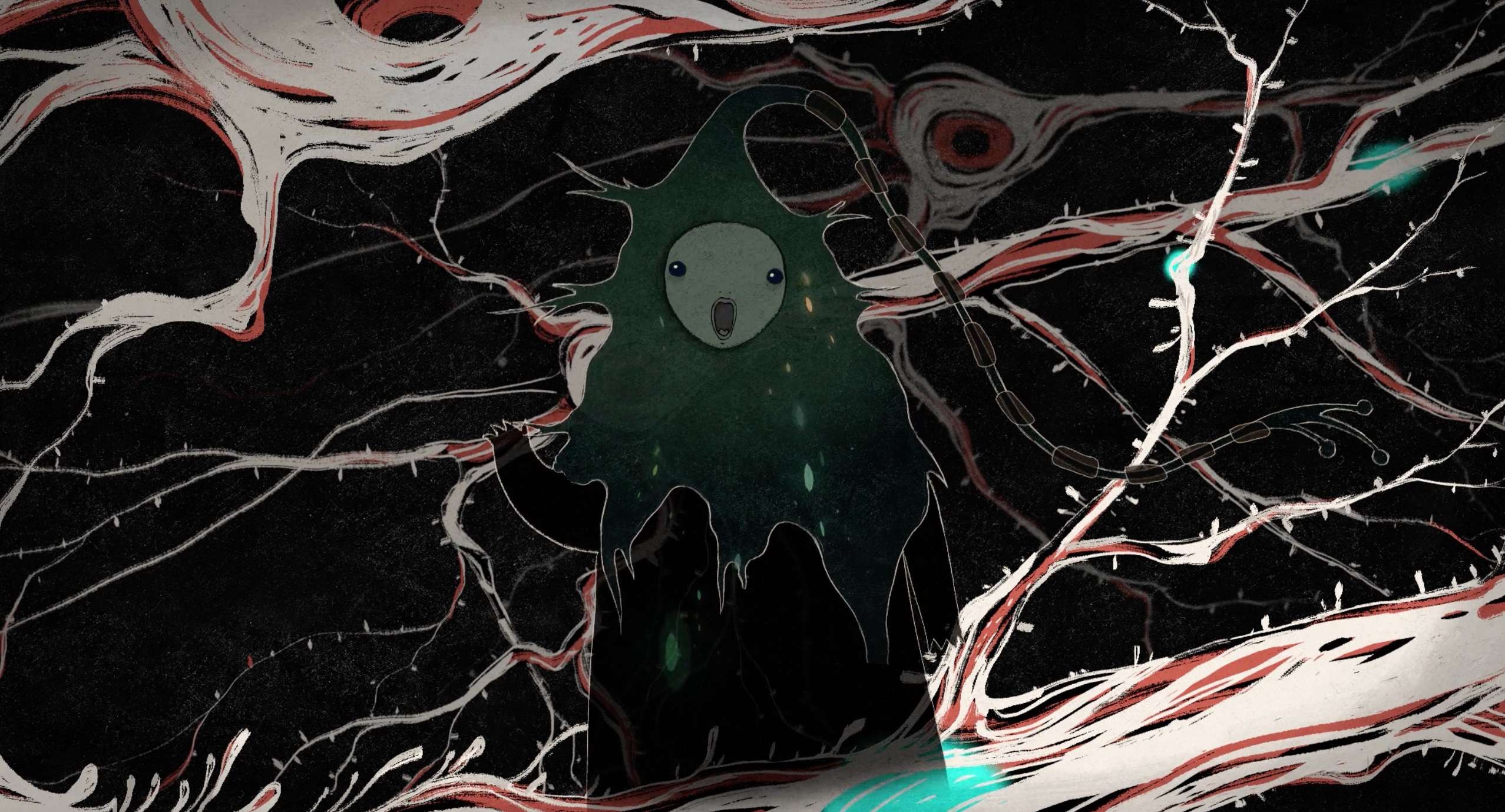 How much research was needed to write the biological parts of the script?
I learned that I’m a human, you know? I have to forgive myself for relationships in the past where I was abused or was missing. We’re built to be hijacked and manipulated, and it’s not entirely our fault for not recognizing those behaviors immediately. I hope that’s not too mushy.
As was the case with Rocks in My Pockets, My Love Affair with Marriage is a deeply personal story, based heavily on Baumane’s own life experiences. Whereas the earlier film was about battling depression, this time she focuses on love and relationships. “By wrapping my personal story around scientific findings, I was hoping to help women examine their own intimate relationships,” she explains in the film’s press materials.
I learned a lot about the anthropology of love and the culture of love. It’s so interesting to me now to observe myself and know, “Oh, that’s the oxytocin kicking in!” When people talk about toxic, abusive relationships that others get stuck in, they always ask, “Why don’t they just cut it off?” Well, that’s not how it works. A lot of these elements are beyond our willpower, you know? I also learned that love and hate come from the same neurotransmitter that induces love for people within your bond and hatred for people outside that bond. That’s why people hate others from outside their political party or favorite sports teams. It’s utterly fascinating because we have so much ability to love, but our ability to hate comes from the same place.
When did you decide you wanted this film to be a musical?
How did you divide the labor among your colleagues? 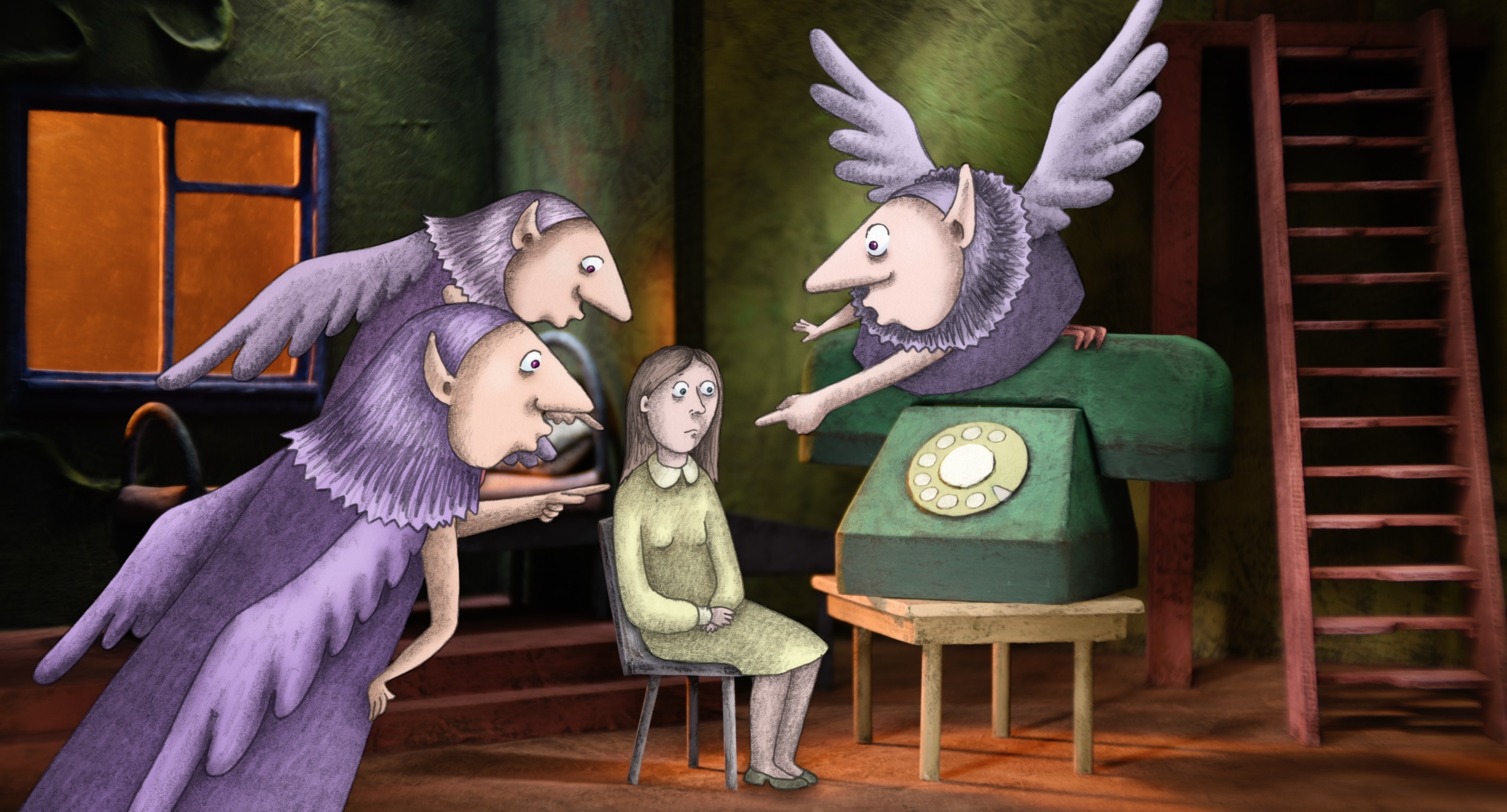 Writing this film was an incredibly long process. I started writing the script in 2015. I would write during the week, and on the weekends I would read what I’d written to Sturgis and discuss the story. One week I started writing songs along with the dialogue, kind of surprising myself. But when Sturgis read what I’d done, he asked me, “So, you’re writing a musical now?” Maybe it was because I’d just seen Hamilton, but there was something musical in the air so I reached out to Kristian Sensini, who did the music for my previous film, Rocks in My Pockets, and asked, “Do you think you could handle songs on this film?” He said, “Yes, challenge me!” So that’s what we did.
Of course, part of the reason for a small team on this film was budgetary, but second was because I’m the only animator and I wanted to retain control over the process. So, I would argue that for the resources we had it wasn’t that small a team, although yes, for a project this ambitious it probably was very small.
I didn’t know that much about the science in this film when I started, and that’s another reason the script took so long. I did a lot of research, then more research, then I researched the research and researched again. There were times I wished I’d never taken on the biology part of the script, when I would get stressed because I just couldn’t find the words I needed to come from my mouth. The film still had to be in my language, so when I couldn’t get the words to come out right, I would ask why I had done this to myself. But somehow, I stuck with it and carried on.
Well, we had our studio in Brooklyn where we made the sets with paper mâché and my partner Sturgis Warner did all the carpentry. Then I would have two or three assistants helping me put the paper mâché on, painting and coloring, and that continued for several years. Of course, the pandemic was bad for everyone so we only ever had six people here at the studio at the same time, including me animating. Our coloring team in Latvia fluctuated from six to ten people, because if I had to do the coloring this film would have taken 100 years. And Yajun Shi did all the biology segments because I felt they needed to be animated by someone else. It couldn’t be me. They needed a different style and a different animator, and she did a spectacular job.

“My Love Affair with Marriage” is a three-country co-production between Studio Lokomotive in Latvia, Baumane’s The Marriage Project LLC in Brooklyn, and Antevita Films in Luxembourg. Baumane wrote, directed, and animated most of the film’s scenes, with Yajun Shi animating the biology segments. Kristian Sensini wrote the film’s music with lyrics provided by Baumane. Baumane’s partner and long-time collaborator Sturgis Warner constructed the film’s sets and handled lighting design. New Europe Film Sales is representing the film for global sales.
And what did you learn about yourself?