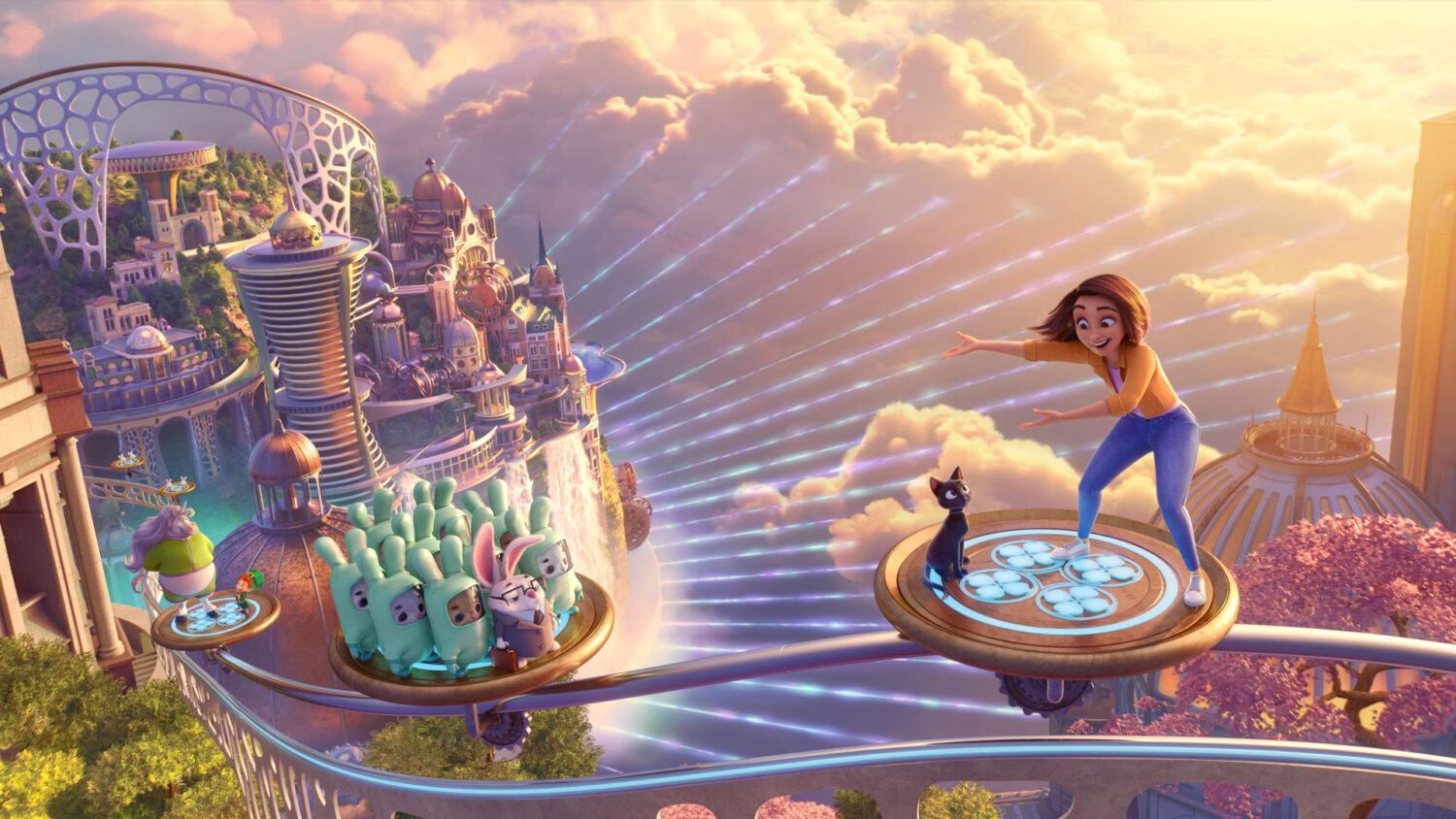 The deal will give a boost to the tech giant’s streaming service, which although available in over 100 countries has rolled out a noticeably meager amount of content compared to other streamers. To date, Apple has released just one animated feature, Cartoon Saloon’s well received Wolfwalkers.
Spellbound, which is directed by Vicky Jenson (Shrek, Shark Tale), is a musical fantasy feature “set in a world of magic where a young girl must break the spell that has split her kingdom in two.” The film is written by Lauren Hynek, Elizabeth Martin, and Linda Woolverton. Alan Menken, a veteran of Disney animated films, penned the score, with lyrics by Glenn Slater.
Skydance Animation has signed a multi-year overall deal with Apple that will include distribution for its first two animated features, Luck and Spellbound.
Luck and Spellbound were originally slated for release via Paramount Animation, but the deal soured after former Disney and Pixar animation chief John Lasseter was hired to run Skydance Animation, which resulted in a reportedly “furious” reaction from Paramount Animation head Mireille Soria, as well as the departure of actress Emma Thompson from Luck. There were rumors late last year that Apple might acquire distribution for the films.
Through the deal, Skydance Animation will also produce animated shows for Apple TV+. Skydance Animation’s first series for Apple will be The Search for WondLa. Based on the middle school book series by Tony DiTerlizzi, two seasons of WondLa been ordered. DiTerlizzi’s trilogy is a science fiction fantasy tale about a twelve-year-old girl searching the world for other humans like herself. Showrunner Lauren Montgomery (producer, The Legend of Korra and Voltron: Legendary Defender is writing and executive producing the series. Executive producers are Skydance Media chief David Ellison, John Lasseter, Chad Quant, DiTerlizzi, and Gotham Group.

Luck is a comedy about a very unlucky girl who discovers the world of good and bad luck; it is directed by Peggy Holmes (The Little Mermaid: Ariel’s Beginning, The Pirate Fairy), who replaced Alessandro Carloni last year. Cars and Cars 3 writer Kiel Murray is scripting the film.