[embedded content]
The complete list of short form works in competition can be found here.
Dan Sarto is Publisher and Editor-in-Chief of Animation World Network.
There’s no surprise to find that the 2021 selection of short films is marked by themes and questions linked to the pandemic. Festival regulars will be pleased to find several familiar names competing: Franck Dion, Joanna Quinn, Jalal Maghout, Joan Gratz, and Georges Schwizgebel… some may also be surprised to see the Inuit filmmaker Zacharias Kunuk, winner of the Caméra d’or at Cannes in 2001 for Atanarjuat, among the directors in the selection at Annecy. Here he directs his first animation short film Angakuksajaujuq (The Shaman’s Apprentice). Ultimately, it’s a diverse selection that confirms the growing presence of a new generation of female French directors (Marine Blin, Kajika Aki Ferrazzini, Jeanne Apergis, Claire Sichez) and where formal exploration opens the doors to experimentation (works by Paul Wenninger and Erick Oh), as well as off-the-wall humor (films by Luis Nieto and Daniel Moshel).
Several of the graduation films are rooted in modern times, through concerns about new technologies, artificial intelligence and in general about humans’ place in the world. These anxieties find an equivalent with the technologies employed: digital 3D, video game engines, new images, etc.
As for the selections announcement, artistic director Marcel Jean says: 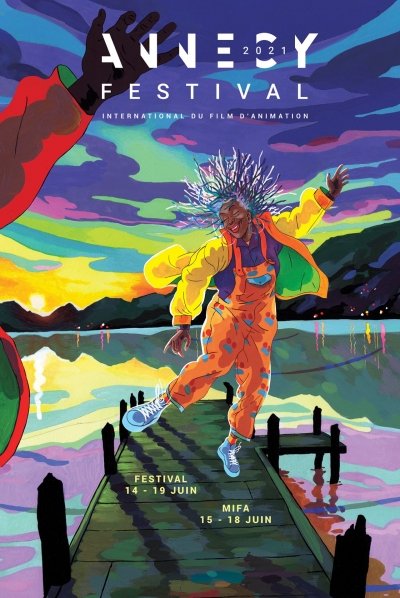 A few words about the commissioned films to highlight the high standard of the music videos’ selection allowing us to discover filmmakers who have already won awards at Annecy: Nina Paley, Mirai Mizue, Martina Scarpelli, and more.
Lastly, the 2021 selection gives pride of place to African animation with works from South Africa, Ghana, Egypt and Kenya, and it once again testifies to the immense diversity from this continent. While, on all the sections so far, we have selected films from 53 countries, including Armenia, Azerbaijan, Belarus, Macedonia and Pakistan.
The official selection process was performed by Jean, the Films & Programme Planning team (Laurent Million, Yves Nougarède, and Sébastien Sperer), as well as Cécile Giraud (Short Films), Marie-Pauline Mollaret (Graduation Films), and Clémence Bragard (TV & Commissioned Films).
Annecy Festival organizers today have unveiled the official program of short form selections in competition, for the upcoming hybrid virtual/physical Annecy 2021 festival edition, set to run June 14-19. According to organizers, the Annecy Festival team working to ensure that this year’s event is “correctly adapted to measures that apply to our industry’s sector, and for our participants’ safety.” They are in the process of “finalizing the on-site and online offers, and various access formulas that will be presented when accreditations open in April.”

Check out the 2021 festival teaser! 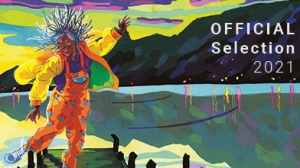