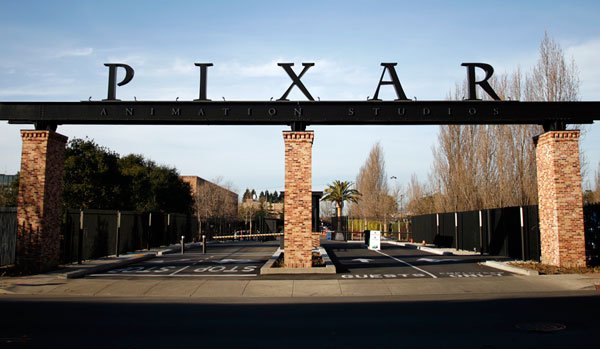 The responses were, well, not in agreement to say the least.

Just talked to a Pixar friend who says Luca and Soul moves to Disney+ have been demoralizing for employees: “Forget theaters, we’re not even good enough for an upcharge?”
Such feelings are also somewhat disingenuous. Feeling ‘demoralised’ is one thing, but to be so at a time when many of Pixar’s former colleagues at Blue Sky are out of a job and looking for work?
Fast forward a few years later, and Disney announce that the soon-to-be-released ‘Luca’ will be released on Disney+ but crucially, will not command an additional fee on top of normal subscription charges.
With times a changing, Pixar’s latest and greatest find themselves on the same playing field as every foreign, independent, and two-bit animation studio out there. Does this devalue their work? No, but it clearly stings to realise that you’re not creating superior films based on some grand, artistic purpose that the cinema ordains upon its releases. Instead you’re creating a film that’s just a flash-in-the-pan along with a million others. Vying for attention down in the televisual muck in a dogged, scrappy fight that will never end.

Lots of films go straight to VOD in light of the COVID pandemic, but Disney made a point of upcharging for the latest blockbuster releases. With new Pixar films being released without an upcharge, some employees are upset at their apparent downgrade in status.
In many ways, this tweet speaks to the ego of cinematic filmmaking. When only a select few films got made let alone receive a cinematic release, those films are seemingly ‘better’ than ever other.
Aeons ago (OK, five years ago), I wrote a somewhat incendiary post for Jerry Beck’s&nbsp;Animation Scoop where I argued that Pixar’s films were not the stellar, unimpeachable magnificence they are marketed as. My argument was they while their initial films were, the industry soon caught up. With a rash of sequels [then] scheduled to be released, I pointed out that Pixar’s films were, for all intents and purposes, average films designed to appeal to the broadest of audiences and make the most money.
Another flake falls from the facade to reveal a bloated ego filled with hubris and Pixar’s reputation tarnishes a little further.