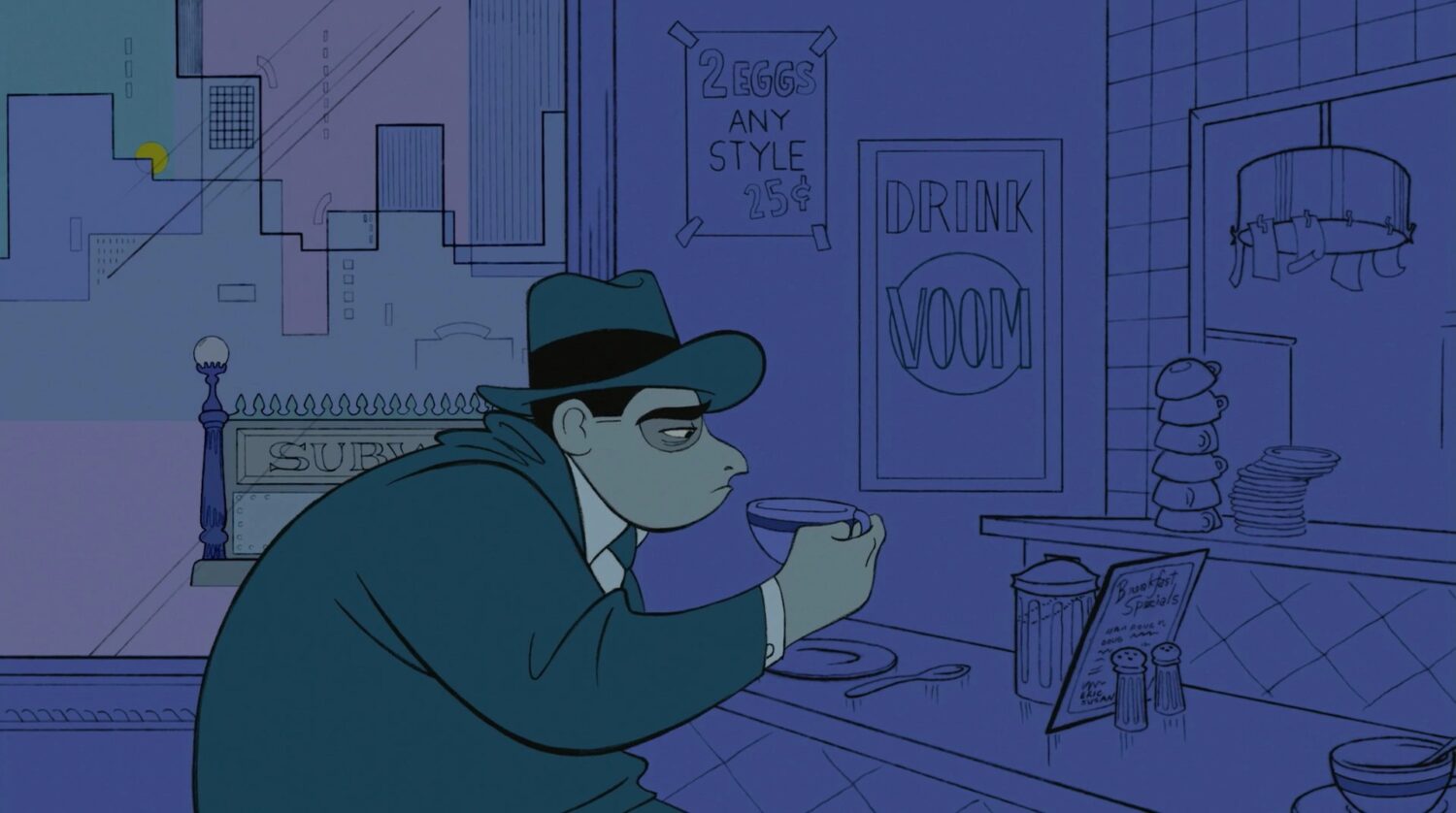 Asked by Flip what advice he would give to those looking to enter animation, Young had this to say:
Animation was not Young’s first career. After graduating from high school, where he excelled at art and drama, he joined the military and was posted to Germany. One of his jobs there saw him work as a draftsman and illustrator at the training HQ.
As Disney turned its back on 2d animation, it started showing some of its most experienced animators the door; Young left in 2002, after working on Home on the Range (2004). He went on to animate on Dreamworks’ Sinbad: Legend of the Seven Seas (2003) and Warner Bros.’s Looney Tunes: Back in Action (2003). These are among his few non-Disney film credits, which also include Ralph Bakshi’s tv special Christmas in Tattertown (1988).
Eventually, Young returned to the U.S. with his young family, enrolled at California State University, Long Beach, and graduated in 1977 with a BFA in illustration. He was swiftly hired by what was then Walt Disney Productions, despite having no animation experience. In 1979, the departure of veteran animator Don Bluth and 11 loyal colleagues created a vacuum in the studio’s higher ranks of artists, and Young was promoted from assistant to fully-fledged animator as a result.

Around this time, Young’s teaching career began, first at SCAD then also at RCC. While at SCAD, he co-authored (with Patricia Beckmann) the book Exploring 3D Animation with Maya 6. These jobs gave him time to pursue his passion for painting and sculpture, but he also enjoyed teaching in and of itself, relishing the opportunity to learn from his students about new technologies in animation.
Become an expert in as many areas as you can fit into your bag of tricks. Eric Larson once told me that the most creative animators were the ones whose interests encompassed everything. I’ve found this to be so. Many of my friends had so many interests outside the workplace that their main frustration was never having time to attend to them all. Musicians, singers, actors in various theatricals, craftsmen, en plein aire painters, ceramicists, specialists in foreign languages, race car drivers, equestrians, even lawyers! All these and more were among my associates at the studios. In order to tell an interesting story, you should be an interesting person!

As the revitalized studio hit its stride, Young animated some of its most iconic characters, among them Mrs. Potts and Chip in Beauty and the Beast, Quasimodo in The Hunchback of Notre Dame, and Mufasa in The Lion King. The last proved a landmark for him: “Until this picture,” he told the Flip blog, “I had been primarily cast on physical, action scenes. On Lion King, I got plenty of those as well … but also got some real ‘plums’ in a sequence of Mufasa and little Simba in some father-son interactions.”
Phillip “Phil” Young, an animator and educator who worked on Disney’s famous features of the 1980s and 1990s, died on June 2, aged 79. The cause was complications arising from cancer, his son has said.
Young spent a quarter century at Disney, where he worked on films including The Fox and the Hound, The Little Mermaid, Aladdin, The Lion King, Mulan, Fantasia 2000, and The Emperor’s New Groove. More recently, he taught animation at Savannah College of Art and Design (SCAD) and Rogue Community College (RCC).

He picked up his first major credit on The Fox and the Hound (1981). The studio was then at a low commercial ebb and staff felt insecure: “[M]any of us ‘kept our bags packed,’ so we could quickly form a ‘plan B’ if the occasion arose,” Young later told Revealing Cartoons. On the other hand, a few of Disney’s venerable Nine Old Men were still around the studio to dispense artistic advice, including Eric Larson, who mentored Young.