Sidebar
Browse
Tig Notaro: Drawn premieres on July 24 on HBO and HBO Max. Ahead of its launch, we caught up with Franklin to find out how the project started, what was tricky about animating Notaro’s jokes, and why he went experimental on a segment about Eddie Van Halen …
Very luckily for us, one of the executive producers, Thomas Oulette, who had been to every show, had created an incredible spreadsheet outlining the entire contents of Tig’s hours of stand-up, which he made detailed notes on.
Any time you are animating to a stand-up comedy track, the pace is set by the comedian. Jackie Kashian, for example, has a machine-gun delivery that meant I had to do ten times the amount of drawings to keep up with her!
[embedded content]

Did Tig review all the gags on the boards?
Staying faithful to Tig’s voice and comedy was our absolute number-one goal. Any visual gags or details we add have to be logical, organic extensions of her material. The Van Halen segment is the only time we ever went out on a limb and recontextualized the material into a more animated context, and it really works as a fun surprise in the show. Also, Tig and I are both diehard Eddie Van Halen fans, and this was a silly but joyous way to pay tribute to him.
Around ten years ago, I had done several animated stand-up shorts and sort of developed my own philosophy regarding how I thought they should be put together. Tig was aware of my stuff back then, and we very nearly collaborated together on a short bit from her Good One album, but in the end it didn’t get made.

It was largely left up to myself and the design team to conceive and develop which style would go with each bit. Tig was very interested in what we would come up with, so we created concept art and mood boards to pitch ideas that fit thematically, played into the comedy, or just instinctively felt right.
Tig reviewed and approved every storyboard gag, character design, and animation scene. Sometimes twice! But she never micromanaged us. Often her feedback was a more macro note that would really improve the comedy. Or it would be a detail from the real life that we would never have known about, but lent a sort of idiosyncratic authenticity to the story.
Greg Franklin: That’s true! It’s very reasonable to assume this idea was hatched as a way to produce a pandemic-safe comedy special, but in fact we were greenlit by HBO weeks before we all went into lockdown.
Tig’s team had begun the rough edit from the dozens of hours of stand-up before we joined the project. Through the production, some bits were dropped and others added, but the overall structure of the show changed very little.
The 50-minute special doesn’t just use animation: it revels in it. Notaro’s laconic comedy is married to an array of styles, each of her sketches getting a distinct treatment. Franklin and his team at Six Point Harness (where he serves as a creative director) use everything from wild, cartoony hand-drawn animation to clay-puppet stop motion and cg, working with Notaro to decide which technique fit which part. The sketches are intercut with segments in which a cartoon Notaro interacts with her audience.

How was it decided what visual style to use for each sequence? Did Tig have input here?
Sometimes the animation builds on Tig’s jokes: the Van Halen segment, for example, expands on what she’s saying. How hard was it to strike a balance between staying faithful to her comedy and bringing something new to it through animation?
We first met with Tig in October 2019, HBO picked it up in February 2020, and we turned in the final delivery like three or four weeks ago, so it’s been a years-long effort. Tig is a lifelong fan of animation, and I understand the idea of an hour-long animated special is something she’d been interested in doing for a long time before everything aligned with her, Six Point Harness, and HBO.
This bit brought to mind the gorgeous illustration art of the 1960s and 1970s by artists like Bob Peak and Robert McGinnis, who often depicted the jet-setting lifestyles of the “beautiful people.” We thought it would be really funny to place Tig in that world, and she agreed. And this was pretty much the process for defining all of the styles you see in the special.
How did Six Point Harness become involved with the project? 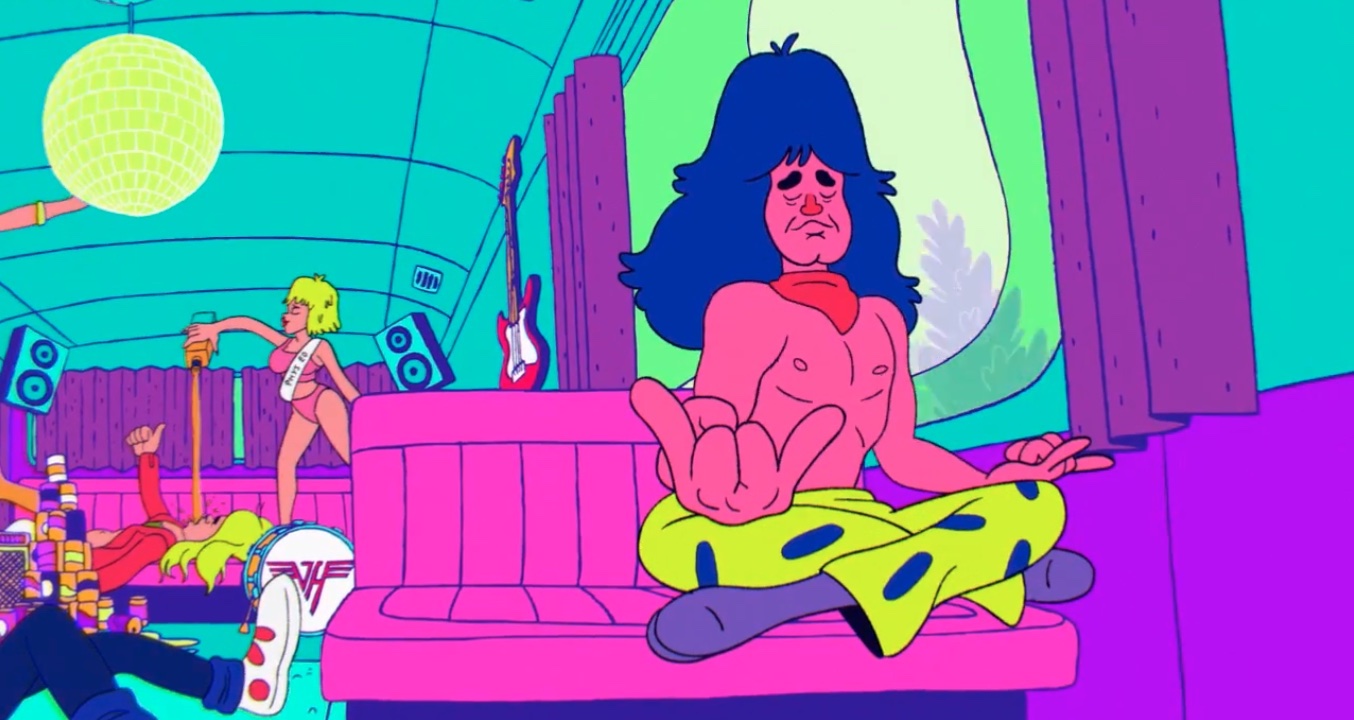 After the pandemic broke out, many tv producers turned to animation — a relatively pandemic-proof form of production — to get projects over the line. Shows suddenly featured animated inserts or specials; one series switched entirely to the medium from live action.
Ultimately, Tig and the animation team all had to have each other’s backs and present a united front of comedy. We could not be more pleased with this collaboration.
For example, the Wisdom Teeth bit has a recurring theme of the people in Tig’s life at the time not being there for her when she really needs them, and just being vapid and self-absorbed. And one of these people is wearing a bikini the entire time. 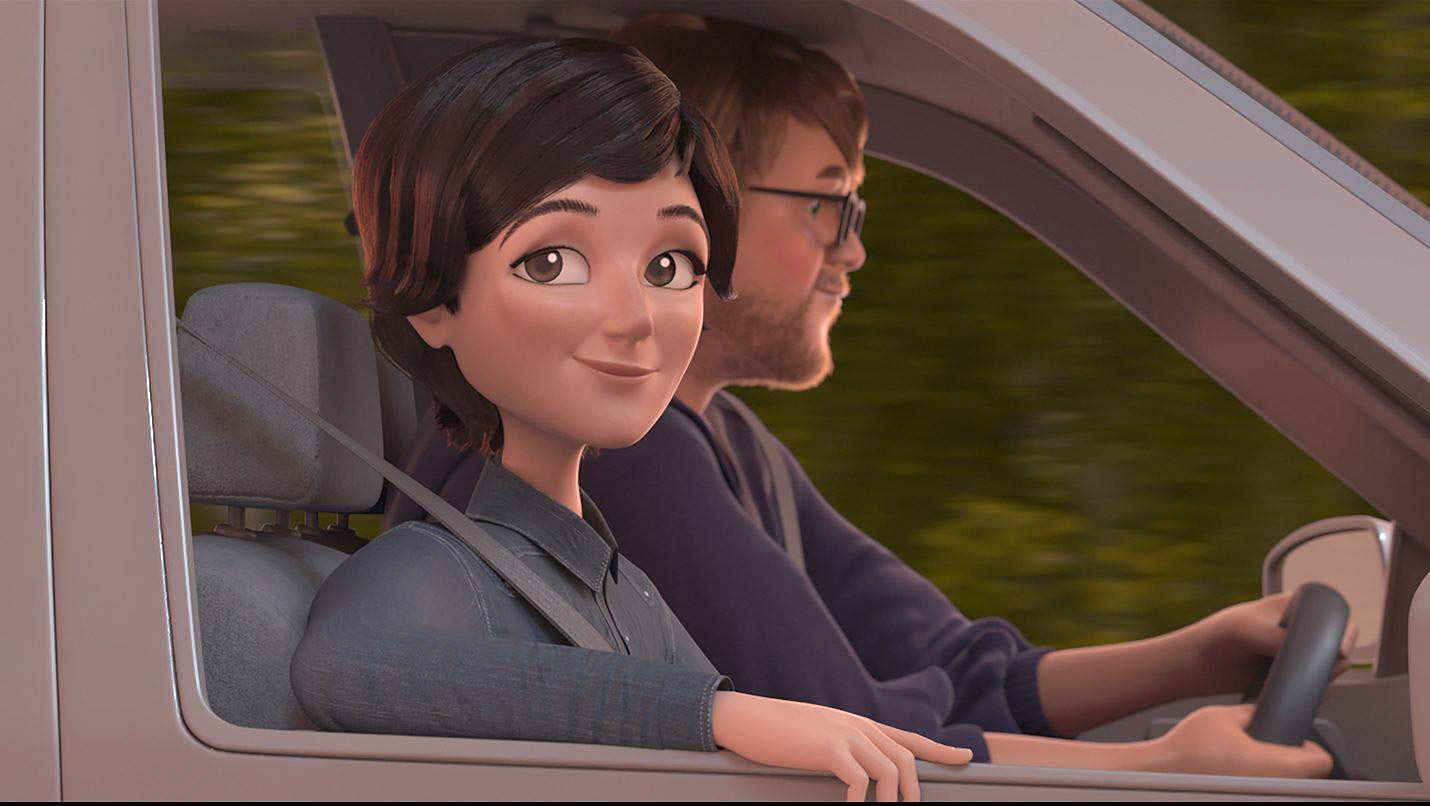 The result is exhilarating, the protean visuals nicely complementing Notaro’s deadpan delivery. It’s a joy to watch.
Tig Notaro: Drawn was ever so slightly ahead of the curve. As the first fully animated stand-up special, it looks exactly like the kind of innovative project to have formed from the chaos of Covid. But HBO actually greenlit it weeks before all hell broke loose in March 2020, as director Greg Franklin tells us below.
Cartoon Brew: How did the idea come about to create an animated special? I believe the project was in development before the pandemic — is that right?
You mentioned the skits you’ve animated for other stand-up comedians, like Wyatt Cenac and Jackie Kashian. What is particular about Tig’s material, and what challenges does it present to the animation team? 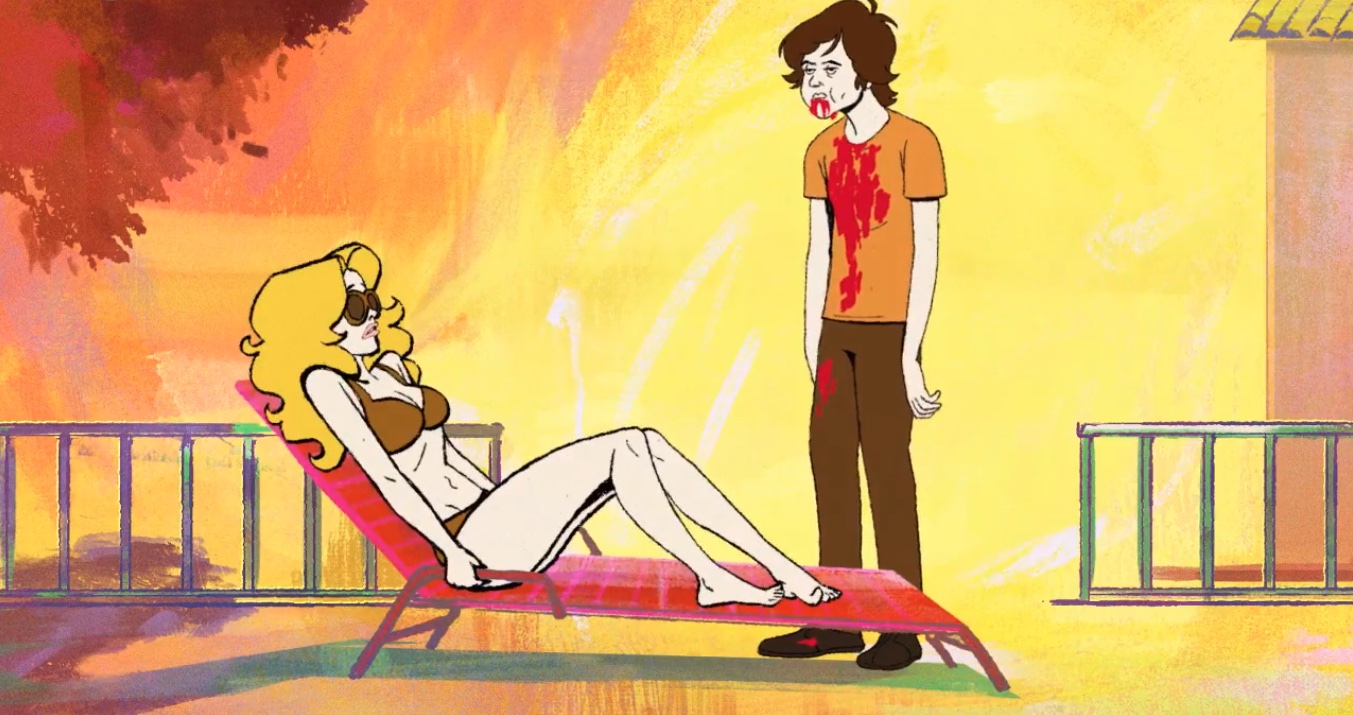 Tig has a much more deliberate, deadpan comedic point of view. She is not afraid to let the audience squirm in an awkward moment to build tension, which she punctures with a zinger or punchline, resulting in a much larger, longer laugh. At times, we had to resist the urge to plant more visual jokes just because we had the time to do so, which would have seemed sweaty and out of sync with Tig’s very unique joke structures.
Who decided which parts of the 48 hours of stand-up material to use, and how?
So years later, when we met about this show, I wondered if she would remember me (I now wear glasses and have many more gray hairs in my beard). But when she realized we’d met, she pounded the table and exclaimed to her team, “THAT’S THE GUY I was telling you all about!” The rest of the meeting we talked all about stand-up and animation and my crazy theories, which pretty much sealed the deal.
This spreadsheet (which we dubbed the “Thomas Guide”) became our Rosetta Stone, allowing us to review alternate takes and edit together the best version of everything. Then, once we were in the animatic stage, we’d hold a virtual editing session with Tig to put the final touches on the soundtrack.