Sidebar
Browse
The Illusionist emphasizes Kon’s debt to live-action movies, and rightly so: after all, this is a filmmaker who made Millennium Actress, a delirious homage to the history of Japanese cinema. We learn of his inspirations, ranging from Yasujiro Ozu’s family dramas to John Ford’s westerns, and his reciprocal influence on live-action and animation filmmakers around the world, some of whom, such as Darren Aronofsky and Rodney Rothman, appear here to pay tribute.
Producers: Kenzo Horikoshi and Taro Maki in association with Vincent Paul-Boncour
Director: Pascal-Alex Vincent
Script/dialogue: Pascal Alex Vincent
Cinematography: Gordon Spooner, Toshiyuki Kiyomura
Music: Théo Chapira
Editor: Clément Selitzki
Sound: Hiroki Nakano
Sound editing: Xavier Thibault
[embedded content]

The tone throughout tends toward the reverential. In this sense, the film betrays the promise of its opening montage of soundbites, in which interviewees describe Kon as “prickly” and “nasty” alongside nicer adjectives. As his longtime producer Masao Maruyama puts it, “He had more than one face.”

Even these directors haven’t quite got their dues. Kon — the director of classic features like Tokyo Godfathers and Paprika — is at least the subject of a book in English, Andrew Osmond’s valuable Satoshi Kon: The Illusionist, but it is out of print. So there was room for Satoshi Kon, The Illusionist, a new documentary profile of the man, which premiered at Cannes earlier this month. (The film doesn’t just pinch Osmond’s title but also incorporates the journalist as a talking head.)
The result is a well-crafted primer on Kon’s career and key thematic concerns. We come away appreciating the director’s interest in the dark side of stardom, the boundary between dreams and reality, and the nature of connection through technology. We learn how he persisted in his career despite struggling to find commercial success, until his untimely death from cancer in 2010.

The film’s structure is conventional. Director Pascal-Alex Vincent skates over Kon’s early manga in order to explore each of his major works — his four features and sole series, Paranoia Agent — in chronological order. Vincent, who has distributed Japanese films in France and previously directed documentaries on Japanese subjects, was invited to make The Illusionist by Kon’s producers, and he benefits from excellent access. Clips from Kon’s works are interwoven with recollections from a rich mix of admirers and former collaborators, including writers, producers, animators, and other directors.
Well, not in this documentary: The Illusionist stresses Kon’s genius as a filmmaker and gentleness as a man. It argues for him as a visionary who plowed his own deep furrow through the anime industry, driven by a combination of talent, ambition, self-confidence, and the faith of allies. It does this well.

Anime is more popular outside Japan than ever, but scholarly attention lags behind fandom: the industry is still relatively unexplored by critics and academics in the Anglophone world. Studio Ghibli takes the lion’s share of attention, with a rank of lauded auteurs following behind: Mamoru Oshii, Katsuhiro Otomo, Satoshi Kon.
Interviewees argue, with justification, that Kon reached in his works for the kind of psychological complexity more common in live action than animation. But his tricksy, unstable worlds are built from the protean language of animation. Vincent shows little interest in how Kon harnessed the tools of his medium to tell his stories, although he does speak to several of the director’s artist colleagues, including animators Masashi Ando and Aya Suzuki (one of the documentary’s few female interviewees, and one of the most insightful). 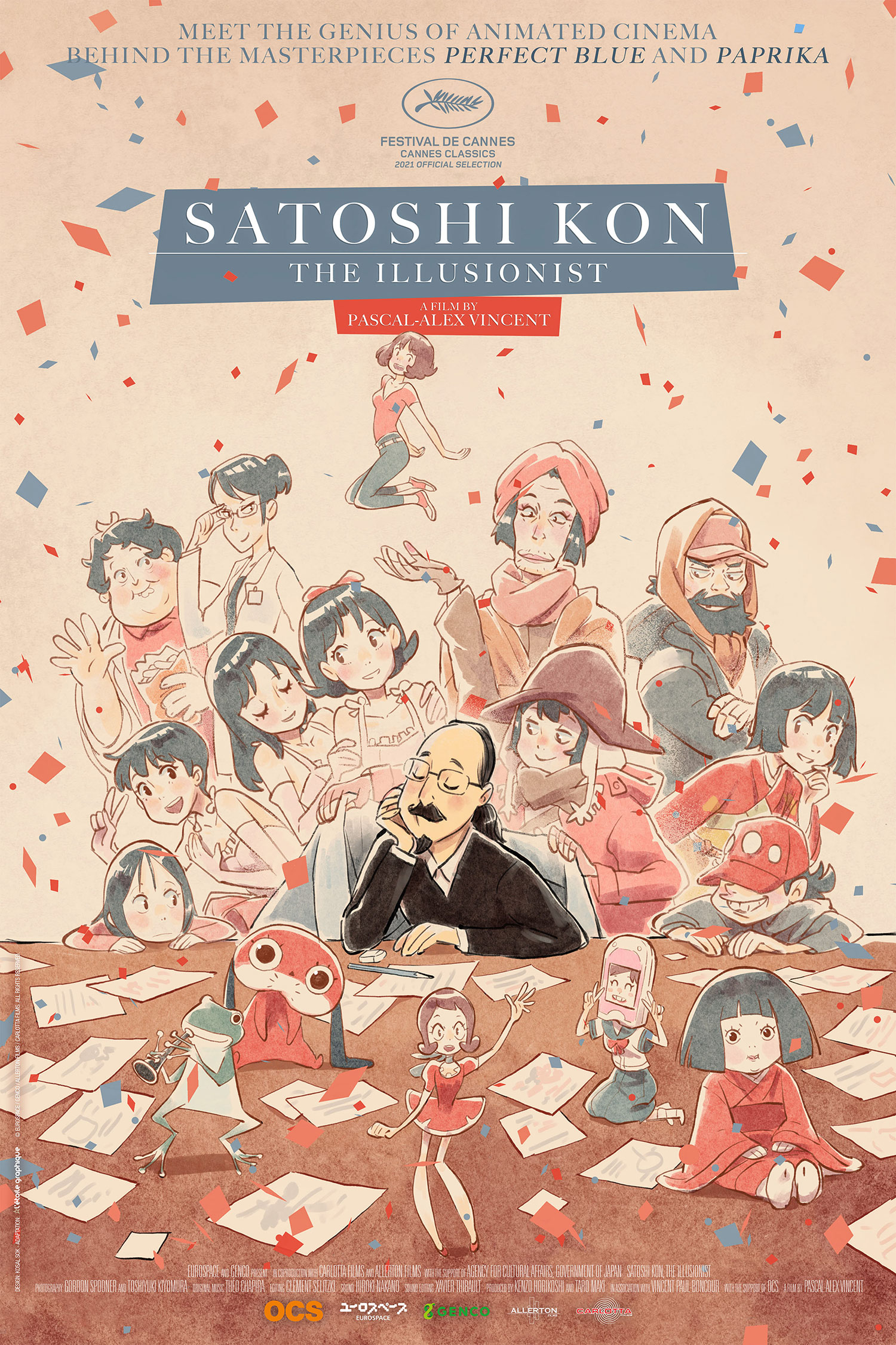 “Satoshi Kon, The Illusionist” will play at Fantasia International Film Festival, which is taking place mostly virtually on August 5–25 (for Canadian viewers only). At the festival, Vincent will take part in a conversation about Kon with Takayuki Hirao, director of the new anime feature “Pompo: The Cinéphile.” No U.S. distribution has been announced for Vincent’s documentary.