Sidebar
Browse
A few plot twists later, Vivo embarks on a quest across Florida with Gabi (newcomer Ynairaly Simo), Andrés’s Pollyannaish great-niece. She wants to help him, despite knowing zilch about music. They meet colorful characters along the way, including a lovesick spoonbill and a trio of overzealous eco-warriors. I recently wrote that climate activists are featuring more and more in kids’ animation. Via parody, Vivo hints at just how normal this archetype is becoming.
Havana is home to Andrés (voiced by Buena Vista Social Club veteran Juan de Marcos), an old-time musician who now performs in the local plaza with his kinkajou Vivo (Miranda). Andrés can’t understand his monkey-like pet’s speech, but the pair communicate full well through their music — until Andrés suddenly passes away. It falls to Vivo to fulfill his friend’s final wish: to deliver a message to Marta (Gloria Estefan), Andrés’s old bandmate and true love, in Miami. It’s a classic McGuffin, but the death scene is handled here (by The Croods director Kirk DeMicco) with rare sensitivity.
[embedded content]

Only the first act of Vivo is actually set in Latin America: Havana, Cuba, to be precise. But the rest of the story unfolds across a Florida shot through with the presence of the Cuban diaspora, and powered by propulsive pop-fusion tunes from the Hamilton songwriter which run the gamut from mambo to hip hop.

When the songs kick in, the design is dialed up to 11. A rousing number sung by Andrés is set to 2d-styled cg visuals inspired by vintage album covers, while Gabi’s hi-octane self-introduction song is accompanied by technicolor motion graphics. Sony has forged a reputation for graphic inventiveness with films like Spider-Man: Into the Spider-Verse and The Mitchells vs. the Machines. These musical set pieces are where Vivo gets experimental.

It’s a shame and an irony, then, that the songs themselves aren’t very memorable. Aside from the bravura opener, which is shot on the plaza in swooping long takes, the tracks lack the playfulness and catchiness of Miranda’s best work. He’s doing a lot at the moment. Are we starting to hear his B-material?
Vivo does a great job of giving distinct life to each of its locales, from magic-hour Havana to neon-hued Miami via the murk of the Everglades. Credit to production designer Carlos Zaragoza and art directors Wendell Dalit and Andy Harkness, as well as hallowed cinematographer Roger Deakins, who continues his sideline as an animation visual consultant with this film.
The script, by DeMicco and Quiara Alegría Hudes (who wrote the book for Miranda’s musical In the Heights), is intermittently funny. It repeats stock jokes from the contemporary kids’-film playbook, including the most tiresome of all: human and animal shriek in concert, each equally shocked by the other (see the 1:43 mark in the trailer above). But at other moments, the humor goes off beat. There is a wonderfully timed gag featuring a Kaa-like snake and his terrified animal companions. 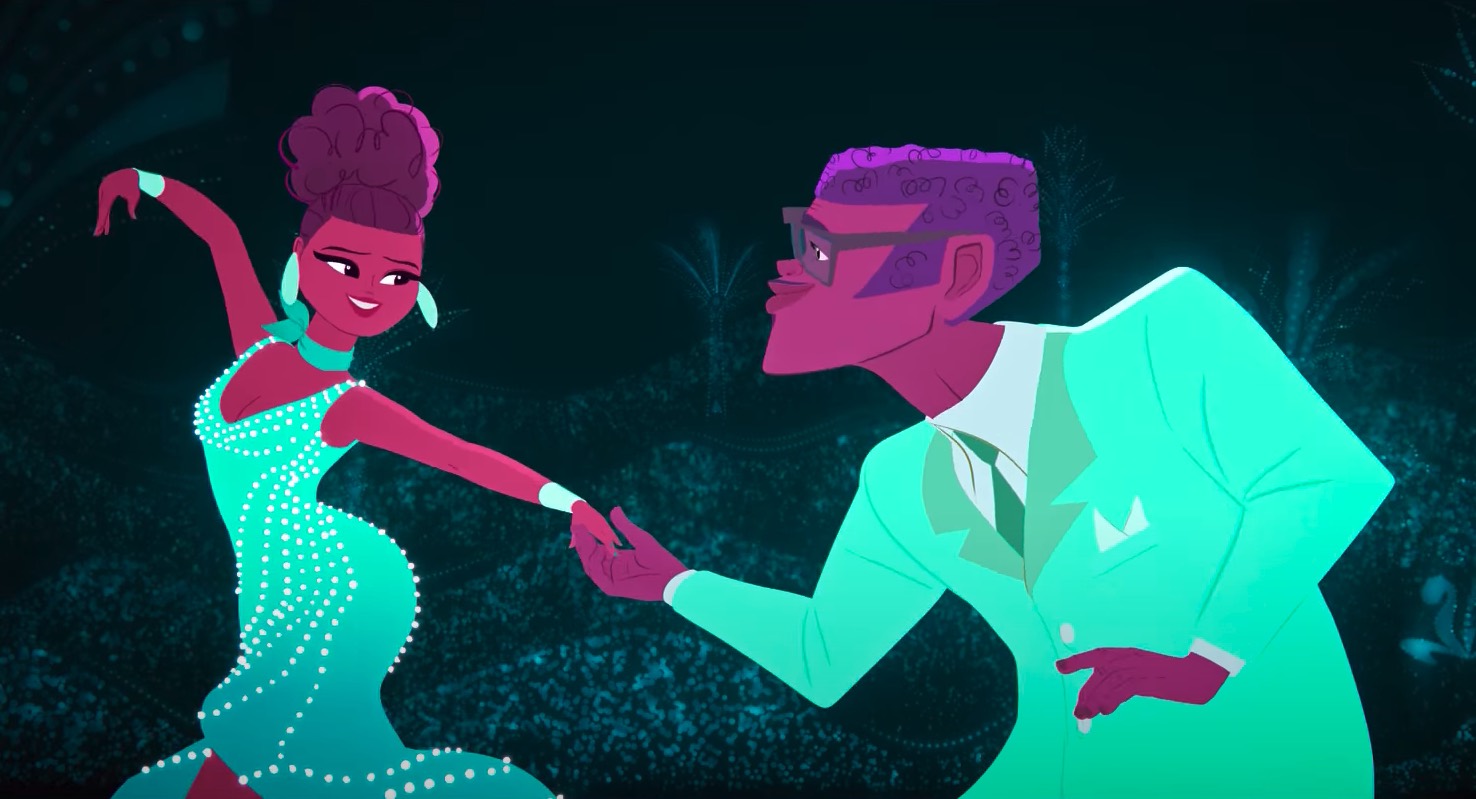