Sidebar
Browse
content“>
Star power can launch films. It can also capsize them.
An article published (in French) by BFM TV has lifted the veil on the film’s convoluted, torturous production. Speaking to key players on the project, many of whom opted to stay anonymous, reporter Jérôme Lachasse shows how ego and inexperience undermined the film, a critical and commercial flop that cost around €50 million (USD.5 million) to make — an enormous sum for a European animated feature.
[embedded content]

Before the shoot, Debbouze hired a co-writer to add jokes. The script ballooned, but the shoot proceeded regardless, Debbouze encouraging his actors to improvise as well. The result: the first cut of the film ran to two hours and forty minutes. It had to be heavily edited. The budget skyrocketed and Fougea, the fall guy, was fired from his own project.

Nobody seemed to agree on how the animated characters should look. Pathé was thinking Planet of the Apes, while the creative team had something closer to Shrek or Ice Age in mind.
With Pathé’s Italian and Chinese branches onboard as co-producers, there was also pressure for the characters to look like actors from those regions. As one crew member puts it, the character of Lucy “had to look like [actor Mélissa Theuriau] and like a Chinese woman at the same time, all while being a monkey, with fur!”
Debbouze was initially hired just to voice the lead character. After doing a script rewrite, he was talked into directing the film by Pathé chief Jérôme Seydoux. The actor worried that, what with his other commitments, he wouldn’t be able to devote much time to the project. Pathé insisted, promising to adapt to his schedule and surround him with “competent people.” 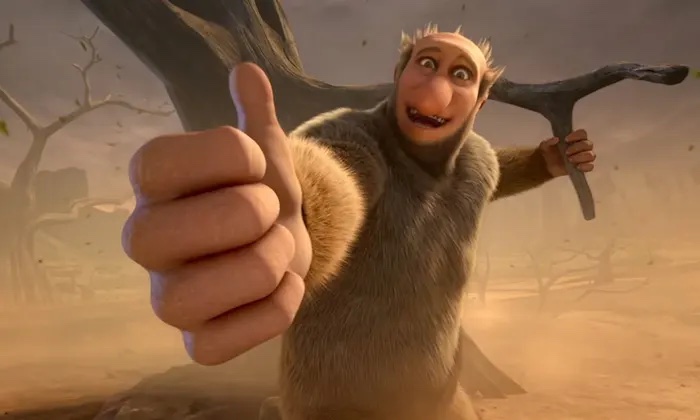 Six years ago, we reported on a curious new animated feature from France’s Pathé. Animal Kingdom: Let’s Go Ape (Why I Did Not Eat My Father in French) tells a tale of our simian forebears cavorting in prehistoric times. But it’s one of those films whose plot is considerably less interesting than the story of its making.
Animal Kingdom was a passion project for producer Fred Fougea, who had tried to develop the film — an adaptation of Roy Lewis’s 1960 novel The Evolution Man — since 1989. Major producers, including Didier Brunner (Kirikou and the Sorceress) and Pierre Coffin (co-director, Despicable Me), had come and gone over the years.
Calamity director Rémi Chayé, who served as a storyboard artist on Animal Kingdom, describes a tension at the heart of the project: “During this time, we could see the Titanic sinking. We were heading for disaster. We gave warnings. Some of us complained. But as Jamel was a star, no one dared tell him that it was all over the place.”
Sure enough, the director was often away on tour, forcing Fougea to follow him around like a “lapdog” and communicate his instructions back to the team (the producer became a de facto co-director). On one occasion, crew members waited past midnight in Debbouze’s dressing room while he did a show. They tried to catch him up on the animatic afterward, but he was unable to focus on it. 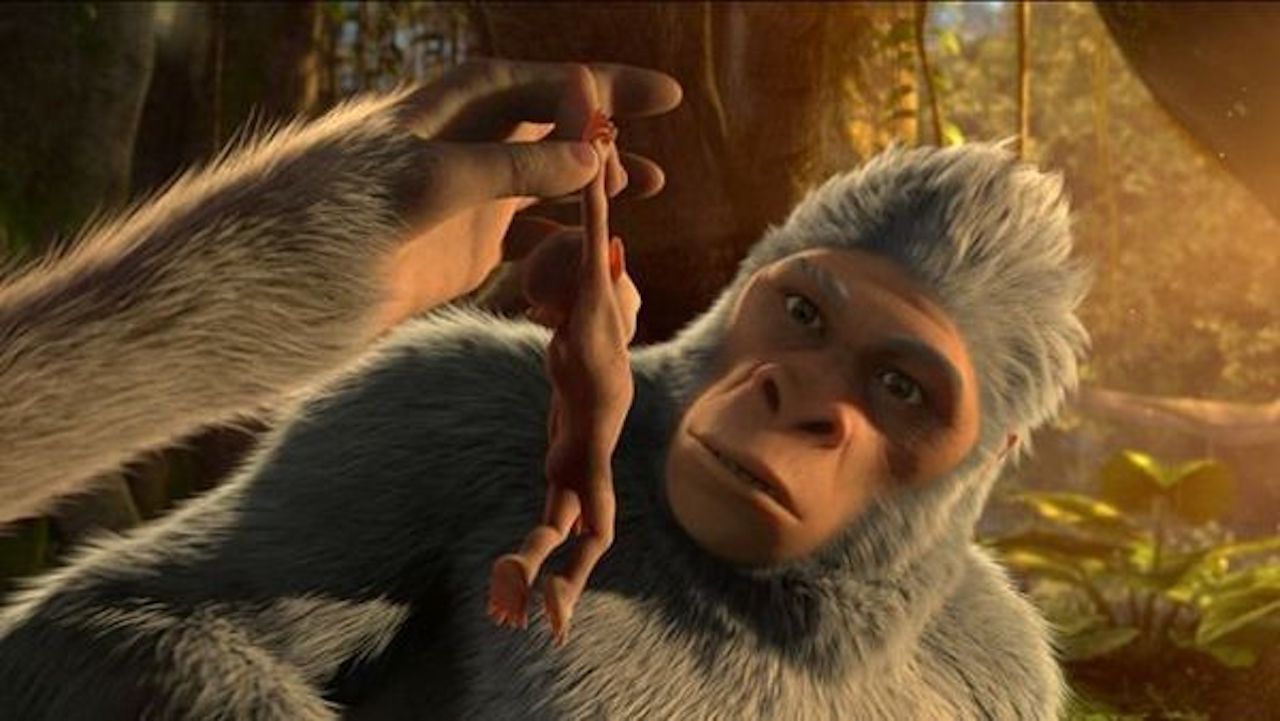 The feature was finally greenlit after a collaborator suggested that motion capture be used for the whole production. Fougea was sold, as was Pathé. Jamel Debbouze, probably France’s most bankable comedian at the time, came onboard.
But when it came to the mocap shoot, Debbouze directed with great energy — too much, if anything. “He didn’t like lunch breaks,” recalls one colleague. “He didn’t want to lose any time.” When actors’ energy crashed halfway through an eight-hour day, he’d get them back on their feet by putting music on and asking them to dance.
When the film finally made it to theaters, reviewers were unsparing in their criticism. Pathé didn’t come close to recouping its budget: the film’s worldwide taking stands at .4 million, according to Boxofficemojo.com.
It didn’t help that Fougea and Debbouze wanted to skip the character design phase, decreeing that it “didn’t serve any purpose,” says one crew member. According to another, each character went through designs, but not to the extent of a keyframed animated feature, as the facial expressions and body language were determined by the mocapped actors.
Fougea lacked experience in animation, and often made unrealistic demands of the team. For example, he asked for an agora in a tree: “We had to create a flat set in a tree, which is all vertical and branching!” recalls a crew member. The producer often wanted to see finalized versions of characters before deciding whether they should be in the film.
CategoriesMovie Animation