Sidebar
Browse
We experimented with a little motion capture, which has its own layers, in the early days, and we actually found animation was better. We even went with animation styles within animation styles. The technology today would not have been there had we tried to do this five years ago on television. This is one of the most groundbreaking feats in the scales of character design, music, and environments.
Deadline first reported the news.
The consultancy estimates that Hanuman drew 8.5 million viewers in its first ten days. The first season, which debuted in January, attracted more than 20 million; no animated production had ever exceeded five million in the country before, says Ormax. The two seasons amount to 26 episodes.
[embedded content]

Hanuman was dubbed into Hindi, Tamil, Malayalam, Telugu, Kannada, Marathi, Bengali, and subtitled in English. Ormax draws its data from audience surveys, but doesn’t track viewers aged under 15 nor cover every language, so viewership for the series could be higher than estimated.
Right now, the most popular show on Disney+ Hotstar, India’s version of the streaming service, is not made by Disney, Pixar, or Marvel. In fact, it has nothing at all to do with the House of Mouse’s vaunted house of brands.
Devarajan cites Hayao Miyazaki’s Princess Mononoke, a period drama steeped in Japanese folklore and history, as an inspiration on the show. By remixing legendary characters and stories well known in the local market, Hanuman also evokes the mythological animated epics that have done well in China of late. (Incidentally, Graphic India’s Twitter bio simply states: “A universe of new Indian superheroes.”)

The Legend of Hanuman is an India-produced cg series about one of the most famous figures in the country’s mythology, the powerful demigod Hanuman. Over the last week, its second season was watched more than any other film or show on paid VOD services in India, according to Mumbai’s Ormax Media.

Of the animation technique, Devarajan told The Hindu ahead of the first season’s launch:
“It’s an amazing milestone for original Indian animation and we are humbled by the response,” Sharad Devarajan, co-founder of Graphic India, told Deadline. The company produced the series, which was created by Devarajan, Jeevan Kang and Charuvi Agrawal. It is the first animated Hotstar Special — the platform’s brand for original content. 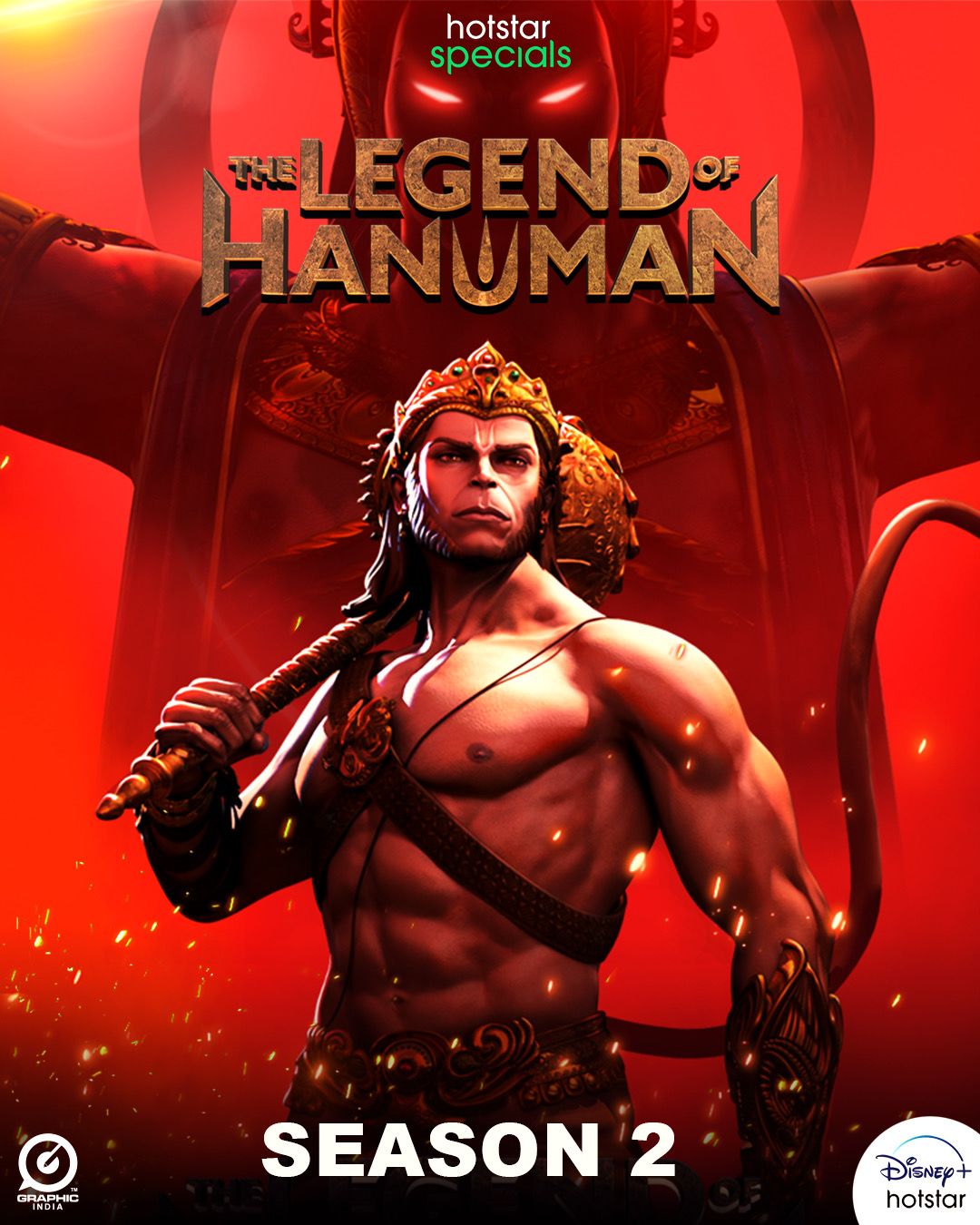