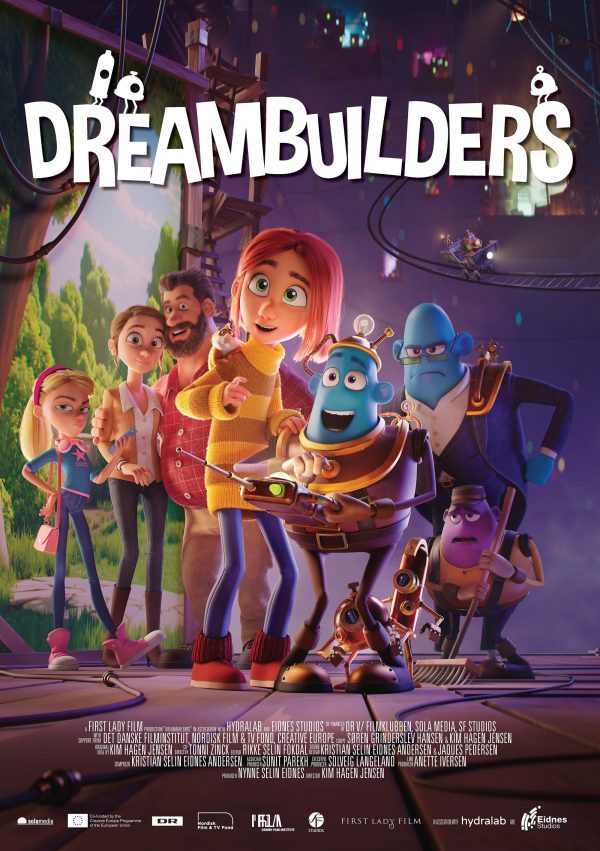 Minna’s life is turned upside-down when her dad’s new fiancée and her daughter move in. Her new stepsister, Jenny, turns out to be horrible and Minna is very frustrated. She wants her gone! One night, Minna discovers a world behind her dreams, where the whimsical dreambuilders create every fantasy and nightmare we endure nightly on their theater stages! Minna also finds out how to manipulate Jenny’s dreams. But interfering with dreams has dire consequences … and when Minna goes too far one night, Jenny can’t wake up anymore. Minna must enter the dream world one more time to face the nightmare she has created in order to save Jenny and her new family.

Overall ‘Dreambuilders’ is an interesting take on some well-trodden ideas that will keep younger viewers entertained with its daring adventure. ‘Dreambuilder’s is available from Shout! Factory on August 24.

‘Dreambuilders’ will struggle to hold adults’ attentions but it’s the kind of film that kids will love because they’ll focus on what’s important. Two half-sisters who are more like chalk and cheese can stand in for any sibling relationship with its ups and downs. The animation isn’t Pixar-quality but then which kid ever notices that, let alone complains about it? The story is engaging and although the first half of the film trots along at a leisurely place, it gradually quickens towards the climax. Only the dialogue seemed to be lacking with characters struggling to get their feelings across without sounding mealymouthed. The cast of characters is diverse and for Jenny in particular, touches on a very real factor in many kids’ lives that is rarely if ever shown in children’s films.
Just about out now from Shout! Factory, ‘Dreambuilders’ is definitely one for the kids, but that’s actually OK.