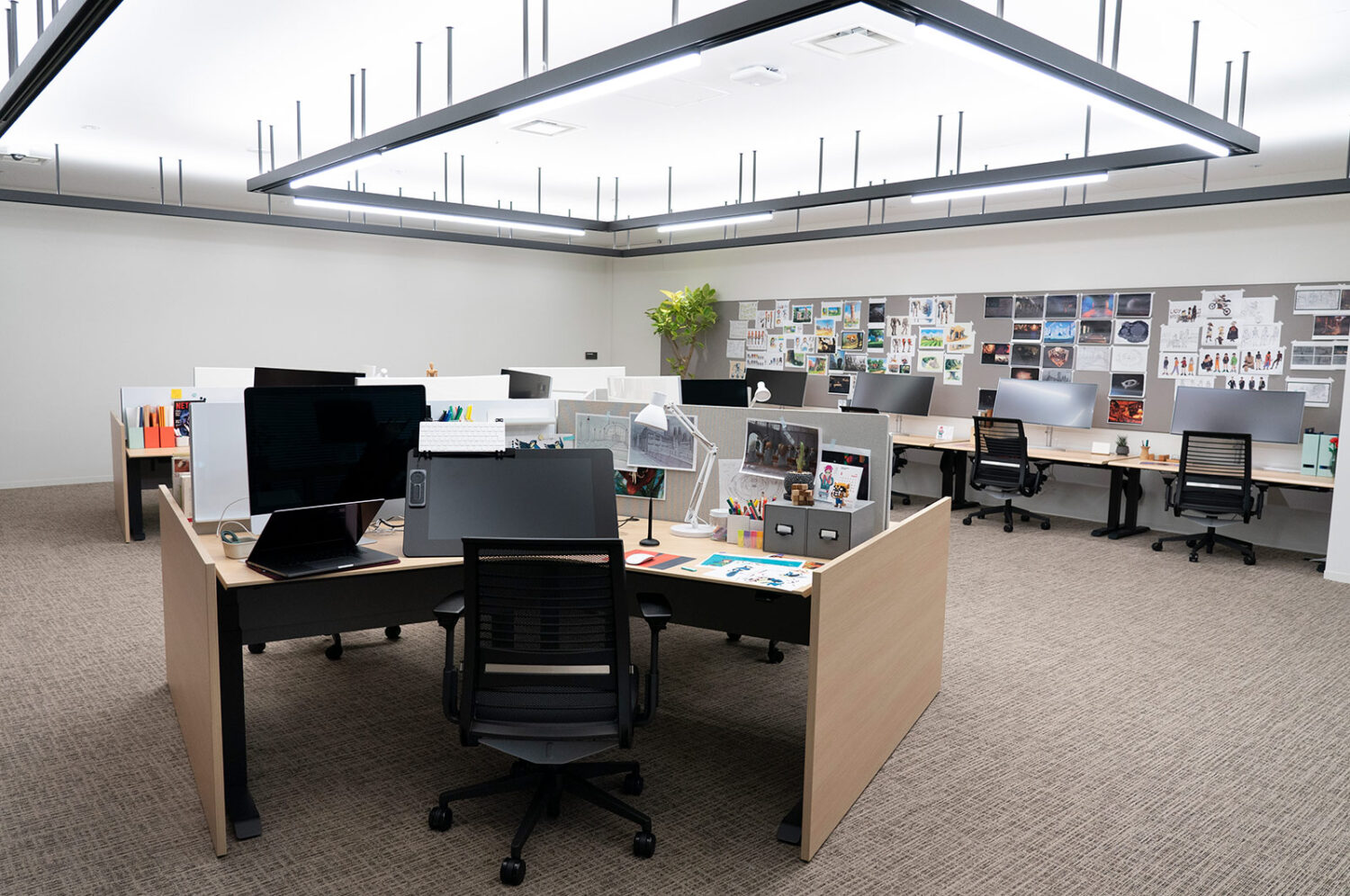 content“>
Netflix has opened a new space for artists, the Anime Creators’ Base, located inside of its Tokyo office.
Here’s a more detailed look at the Anime Creators’ Base, with descriptions provided by Netflix:
One of his first objectives is to use it as a place to create concept art for upcoming series. Visual development is a phase of pre-production that is often skipped in anime series because of “limited bandwidth or time,” according to Sakurai. Two designers, Namiko Ishidate and Saina Cisse, will be based at Netflix’s Tokyo office to help with this work.
content continue-column”>
A video tour of the space can be viewed below:

The multi-functional community space is not open to the public; it’s a workspace for designers, writers, and Netflix team members who are working on anime series for the streamer. According to Taiki Sakurai, Netflix’s chief producer of anime, the goal of the space is to “promote best practices and high production standards, [and] to empower creators with the necessary tools and resources of anime production over time.”