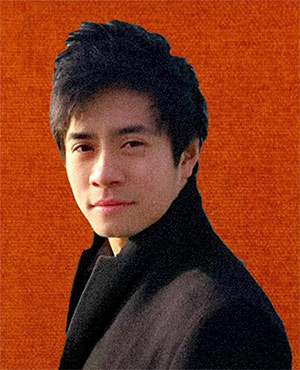 The unusual part of this story is that Wong is an architect. He nearly missed the job calling, as the email contacting him for the position went straight into his junk folder — but once he’d read it, he jumped at the chance “to design something architectural but beyond the limits of architecture.” We discuss the references and tools he brought to conceiving the modular realm of U, the directions Hosoda gave him, and the reason a giant whale floats through the virtual world.
This month we spoke with Eric Wong, one of the production designers on Mamoru Hosoda’s latest feature Belle. Wong designed the fantastical virtual world of U in which much of the film is set. But Hollywood isn’t alone in having its eye on the industry: Chinese companies have invested heavily in Japanese animation companies. Streaming service Bilibili is one of the companies branding home-produced animation as “anime,” a term we at Cartoon Brew reserve for Japanese productions. Meanwhile, the discussion around low wages and punishing deadlines at Japanese studios keeps growing. It’s a very interesting time.

Elsewhere in the podcast, we take a look at the growing trend of big U.S. companies aligning with anime studios to bring shows to their platforms. As the global market for anime booms, the likes of Netflix, Disney+, Warner Bros. Animation, and Cartoon Network Studios are partnering with Japanese studios to produce animation. (See below for links to the articles referenced in the podcast.)
Welcome to the second episode of Cartoon Brew’s relaunched podcast. In each episode, we revisit interesting stories in the animation world, and speak to artists and filmmakers about their work, from the great themes that inspire them to the tools and materials they use day to day.
Listen to the latest episode below: