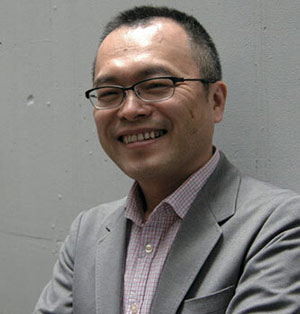 “I chose the school because it is open to independent animation,” says 2017 graduate Honami Yano, director of the award-winning 2021 short A Bite of Bone (pictured at top). “In Japan, there are many schools where you can study animation, but they tend to be more like industrial animation schools. Above all, I was there for Koji Yamamura. I decided that if I was going to study in Japan, I wanted to study under him.”
For the sound class, Yano loved the experience of collaborating with students from the music and sound design departments. “It was a lot of fun to discuss and create the music for the film together with other students. The discussions and experiences we had at that time helped me to deepen my thoughts on music for films.”
Courses offered include: 2D animation, model animation, producing, research and theory, and games. While the department does collaborate with companies, there is no internship program with animation studios. The gaming course does have occasional workshops with game companies.

“I think the most important thing is the formation of my own creative thoughts,” concludes Zhu. “Animation is created from zero, so every choice in creation, every step taken, is actually related to one’s own thoughts. For example, the teacher will guide us to not always think about doing what others like. Because, in fact, the background of each audience member is different, and the director cannot define the preferences of others. Only mediocre works will be created in order to be likable, and the audience does not want to see such a work. Therefore, more importantly, it should start with oneself, think independently, and create honestly.”
Yano was particularly impressed with her sound class and the course taught by Yamamura. “He sets one theme for each class,” recalls Yano. “First, there is knowledge, discussion, and explanation about that theme. This is followed by a screening of a film related to the theme. Some examples of themes are repetition, choreography, metamorphosis, and so on. I’ve learned a lot here. Also, seeing so many films, both classic and recent, made me even more interested in animation, which I had always thought was interesting. It was at this time that I saw a lot of animation and experienced how it could move the heart. It was very fun to see the heart exchange between the work and me, the viewer, and to have my own interpretation of it.
Collaboration between animation students and other departments is encouraged as well. “We collaborate with the Department of Music Environment and Creation to finish the sound,” says Yamamura. “There are students who collaborate with film majors individually on scenarios, sound, shooting, etc.”
Zhu feels that the most impressive parts of her studies were “the animation history and film criticism writing classes of teacher Ilan Nguyen, the creation theory class by Koji Yamamura, and the stop-motion practice class by Yuichi Ito,” adding that “another particularly important thing is that we organized and planned the graduation exhibition by ourselves. We do everything ourselves, from drawing posters to making promotional videos, advertising, making and selling goods, and inviting celebrities to participate in the discussion.”
“There is a professor who works as a producer for a tv station who gives us a lecture on how to make a budget and how to get grants,” adds Sachiyo Kurosawa. “We also have a lecture on how to enter film festivals from a professor who is involved in the management of student film festivals and a professor who serves as a judge for international film festivals.”

The program lasts two years, and the annual tuition is approximately US,500. The department currently has about 40 students, four full-time professors (including another well-known animator, Yuichi Ito), a full-time lecturer, and about ten part-time lecturers.

Zhu feels that young animation directors in Japan and China are facing a bit of a problem. “The director may have excellent student work,” she says, “but after graduation, they can’t find a way to continue their personal work. If animators want to continue to create, they need to cultivate their pitch and budgeting skills for projects. They also need some practical exercises during their time in school. This is very important for obtaining resources and connections to realize their creations after graduation. Of course, on the other hand, if the school’s teaching is only to prepare for industrial work, it is also inappropriate.”

From the start, the influence of Japanese indie icon Koji Yamamura (who helped initiate the program and has been a professor there since 2008) was notable in terms of the wide-ranging approaches that fused innovative designs, non-linear narratives, and content that fused the personal and experimental.
While Geidai is not really focused on industry, there are opportunities for students to get a bit of insight into industry requirements. Yano recalls that during the school year they learned “about film production support from the Agency for Cultural Affairs (Japan), job hunting support, company information sessions, how to create a portfolio, etc., but basically it is up to the students. It seems that those who live their student life with an eye on finding a job or working in the industry grab this information on their own and move on. There are many people like me who have rent to pay, but do not prepare for after graduation. However, everyone seems to be getting by.”

“The main focus is on arts education,” says Yamamura. “However, the expertise of the full-time professors also has an impact, so there is some range. We don’t have any curriculum that is directly related to employment.”

The department made an immediate impact, and student films like A Gum Boy (Masaki Okuda, 2010), In a Pig’s Eye (Atsushi Wada, 2010), Gathering (Akiko Omi, 2010), Crazy Little Thing (Onohana, 2014), and 00:08 (Yutaro Kubo, 2014) earned attention on the international animation festival circuit.
In our ongoing series on exceptional international animation schools (previously, Animation Vieux Montreal and La Poudrière), we turn our eyes towards Japan and the Tokyo University of the Arts (also known simply as Geidai).

Access to international animators was a common positive for the graduates. “I participated in many workshops offered by international animation directors,” says Zhu. This series of lectures is called “Contemporary Animation” and features guests like Caroline Leaf, Ruth Lingford, Igor Kovalyov, Gil Alkabetz, and Georges Schwizgebel. These experiences have had a very important influence on my creation.

Sachiyo Kurosawa, who is currently a student in the department, says her main regret is that the two years go by “in the blink of an eye.” Kurosawa not only appreciates the school’s emphasis on international collaboration, but she adds, “One of the best things about being an animation major is that I have learned the value of having others involved in the creation of my work. Each student basically creates a single work. During the production process, there are opportunities to work with people who have other skills than your own.”
Yoko Yuki (who graduated in 2015) also loved “that there were students from different universities in different fields, with different animation techniques. I liked being exposed to the philosophies of my teachers and friends – and that the school building is by the ocean.”

It’s clear from talking with some of the school’s graduates that the freedom, however challenging, to explore personal expression was one of the most rewarding experiences at Geidai.
Yoko Yuni agrees that it’s tough to make a living as an independent artist or animator in Japan: “Many artists make a living by taking on advertising and tv work. There are so many people who are so busy with their work that it becomes difficult for them to create original works after graduation.”

Freedom and personal expression are the biggest rewards

“After graduating from a university in China in 2010,” says 2014 graduate Yantong Zhu, “I went to Japan to apply for a master’s degree in Animation. At that time, China’s animation education was relatively new and elementary, and the schools taught more techniques that were directly applied to industrial production, such as 3d animation or learning the Disney-style drawing method. I saw that Japanese animation master Koji Yamamura was teaching at Tokyo University of the Arts. I felt I needed the guidance of a good animation teacher in order to create my own works, so I applied to this university.” (Zhu has since gone on to co-found the Chinese animation event Feinaki).
Although the university’s roots can be traced back to the late 1800s, the animation department (which is part of the Graduate School of Film and New Media) was not created until 2008.