In the final analysis, Volpe says, he’s proud of all the shorts for different reasons – some are incredibly dramatic, some are hilarious, and some are “downright disturbing.” While he knows that fans of The Boys will undoubtedly watch and enjoy the series, he also hopes that the project attracts animation fans.
“I hate to admit this, but I hadn’t watched The Boys yet when I got the call,” he confides. “So I had to check it out after I hung up just to figure out what I was potentially getting myself into. 10 minutes in, I instantly realized how dark and depraved the show was. It matched how cynical I was feeling at the time, and seemed like a perfect chance to put myself into the work. I was instantly onboard.”

Regarding the working dynamic on “I’m Your Pusher,” Volpe says that he tried to give helpful story notes as he always does, but he didn’t feel entirely comfortable telling the guys who invented the world how to tell their story. For the most part, he says, he just wanted to make sure the episode got the comic book creators’ blessings, which he thinks it did.
As a longtime fan of animated anthologies, and the Wachowskis’ 2003 The Animatrix in particular, Volpe had a great time getting to work with eight different styles, which, he says, “felt like a fully funded excuse to experiment and try different things.” While there was some concern early on that the shorts might wind up being stylistically too similar, that was never a problem, given the eclecticism and creativity of the directors.
“I wanted to have the chance to really sink my teeth into at least one episode,” he says. “I was really drawn to “I’m Your Pusher” [written by The Boys comic book co-creator Garth Ennis] because I just love the Billy Butcher character so much, and relate to him wanting to take down people with too much power. Initially, I was just going to do that episode, but when “One Plus One Equals Two” director Jae Kim had to leave due to obligations on another show, I ended up taking over his episode as well. But that short is really his and Simon’s vision ­– I mostly jumped on just to drag it over the finish line.”
What was something of a challenge, however, was staying true to the series’ comic book origin. “Darick [Robertson, co-creator of the comic] is a phenomenal artist,” observes Volpe, “but his high-detail style is not very animation friendly. It was tricky to make the characters feel like the comics, despite removing so much detail. But I thought our head designer Shaun O’Neil and his team found a great balance by getting the shapes and silhouettes really right.”
“It was a rare chance to tell the kinds of stories we don’t often get to do in this business,” Volpe shares. “Normally I’m the guy arguing that we’re making the story too young, and that animation doesn’t have to cater only to kids. It was so cathartic to work on a project that wasn’t at all concerned with that. If anything, working on Diabolical made me feel like the conservative one, cautiously asking, ‘Are we sure we can get away with this?’ I really hope that this trend of adult animation continues for a long time.”
As one might imagine, however, the same diversity of styles and sensibilities that made working on The Boys Presents: Diabolical so much fun also made it extremely labor intensive.
In the case of “One Plus One Equals Two,” which was written by showrunner Racioppa, Volpe enjoyed the collaboration immensely, noting that it was easy to ask Racioppa directly how he pictured the short, and to make sure they delivered. “Besides his very specific story notes,” Volpe recalls, “we joked about how often Simon kept saying ‘add more blood.’ We never got that note at Nickelodeon.”
When you’re producing an ambitious eight-episode series, in which each episode is written by a different writer, directed by a different director, and designed by a host of artists – and you have less than a year to make it – it’s probably a good idea to have someone around to keep an eye on the big picture. Among those tasked with ensuring that the highly anticipated animated series The Boys Presents: Diabolical lived up to its visual and narrative potential, supervising director Giancarlo Volpe played a leading role. 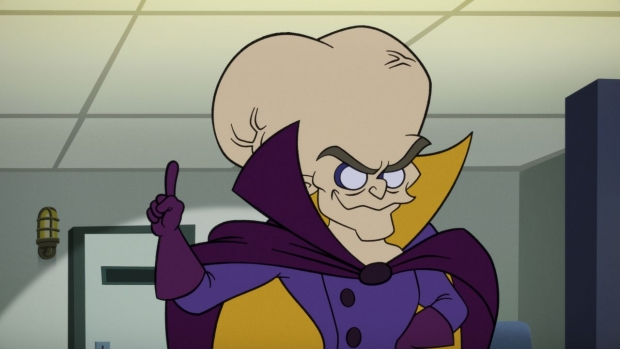 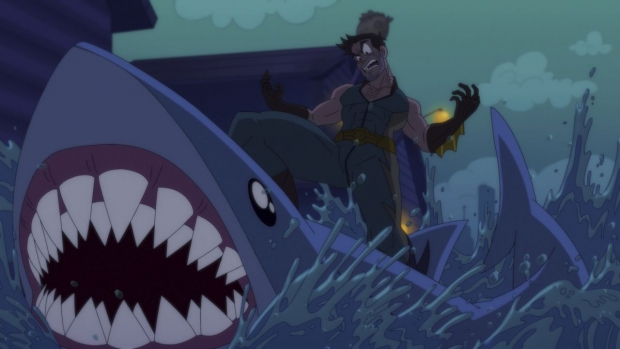 “It was essentially like doing eight different pilots from scratch!” Volpe exclaims. “Because each style was so different, there wasn’t a ton of re-use from short to short. We got the series done by hiring a ton of artists. We also partnered with animation studios all over the globe – Seoul, Tokyo, Manila, Mexico, and Paris. So there was a lot of sitting with translators on late-night (or early-morning) Zoom calls. Thankfully the directors really took over their respective shorts, so I didn’t have to hand-hold any of them.”
An Emmy- and Annie Award-winning director and showrunner whose credits include The Dragon Prince and Star vs. the Forces of Evil, Volpe was, he says, “feeling too depressed and anxious about the state of the world to do another squeaky clean, overly-positive kid’s show,” when renowned Los Angeles-based animation studio Titmouse, Inc. reached out to him at the tail end of 2020.

As supervising director for the show, Volpe oversaw all eight shorts, along with showrunner Simon Racioppa. For the most part, because all of the directors were so accomplished, he and Racioppa weren’t required to intervene that much. So just to make sure he would have enough to do, he asked if he could direct an episode. 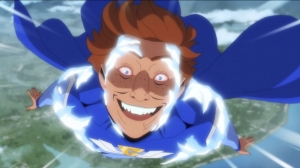