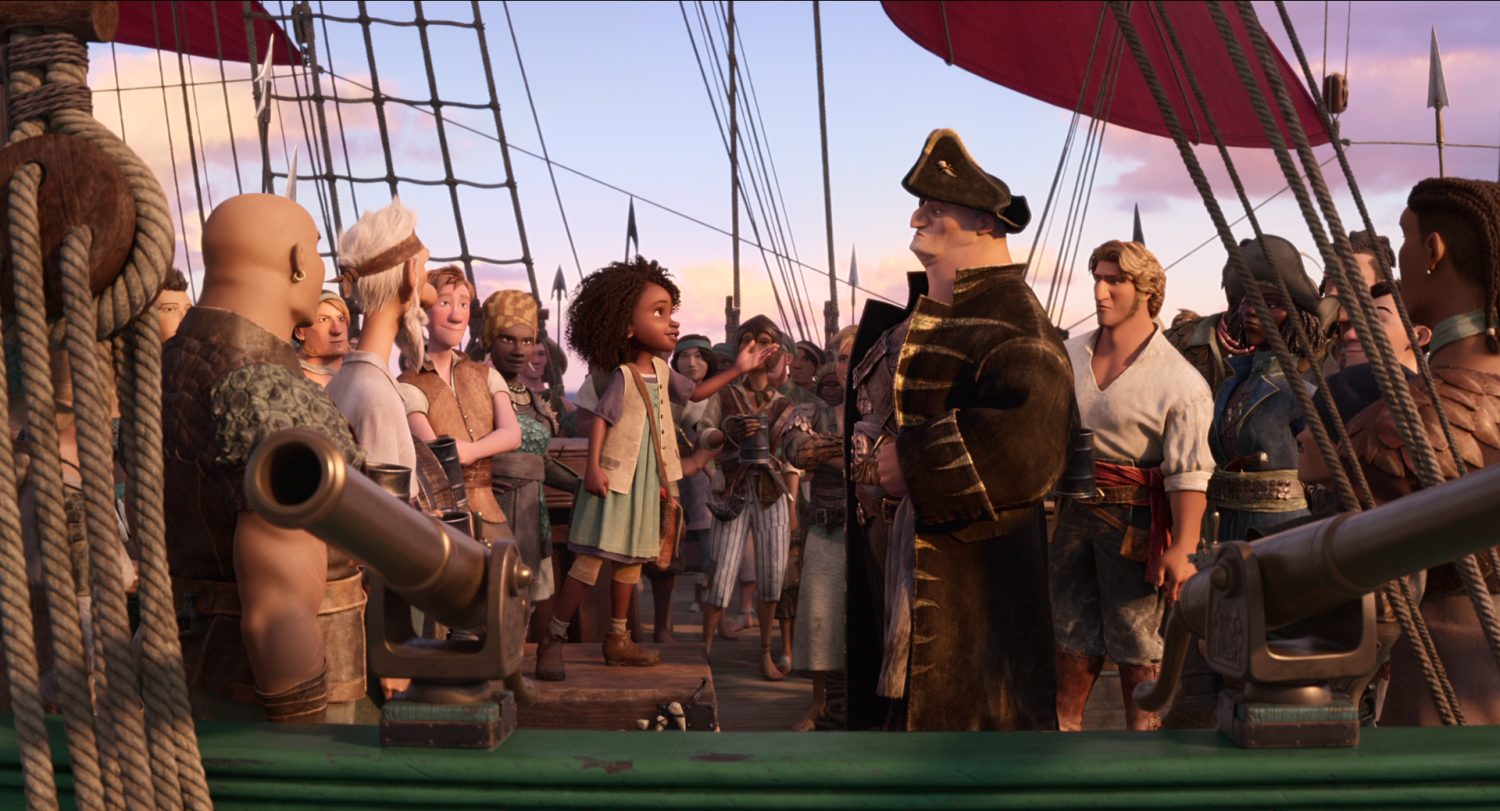 content“>
Listen to the full discussion here:
The film draws heavily from adventure serials, a genre of storytelling that “has sort of fallen away a little bit,” according to director Chris Williams (director, Bolt, Big Hero 6; co-director, Moana). “It might be that the advent of the Marvel movies has become the thing that has sort of replaced them, at least for now.”
Williams claims that his role as director is to be a “conduit for other people’s great ideas.” To that end, he maintained an open door policy while working on The Sea Beast.
content continue-column”>
“That is a lot of my responsibility [as director], to make sure we have the right environment where everyone feels comfortable saying what they’re thinking.” “Ropes are a real technical challenge,” says Williams. While working on Moana, he witnessed that difficulty firsthand. “She had a boat that had maybe six or eight ropes, and those ropes almost sank the entire production.”
With such tremendous technical challenges come limitations, but Williams ways he “got nearly everything I wanted” in the end. “Of course, there are gonna be small sacrifices here and there. You can only have so many soldiers’ uniforms and things like that.”
Beginning on the decks of the famed monster hunting ship The Inevitable, The Sea Beast tracks the exploits of a brilliant group of deep sea monster hunters who hunt down and kill enormous beasts in order to protect their kingdom.
While building the world of The Sea Beast, Williams wanted to ensure that it felt “really big and immersive,” citing influences such as The Lord of the Rings, Game of Thrones, and Blade Runner.
Creating a workplace where people’s ideas are valued is essential, he says, and it allows everyone to work toward the same goal with a passion. Williams sums up his directial approach saying, “I need to have an opinion as to what the best version [of the film] is, but so does everyone else. Let’s talk about it.”
Williams has, in the reviews available at the time this article was published, been praised for his own worldbuilding in The Sea Beast. But an equally challenging task, according to the director, was designing The Inevitable.
Williams argues that, “[The artists] really wanted to make this ship complete, and not sacrifice [anything]. You’d sort of feel that, it would be less convincing [if too many sacrifices were made].”
With The Sea Beast, the technical team wanted to get all the details right, so “they created all those ropes and created that incredible ship, which are critical for that feeling of immersion.”

“When I grew up, the movies [in which] characters left the known world and ventured out into the unknown were the ones I really responded to,”  says Williams, explaining that some of the biggest inspirations behind The Sea Beast were classic adventure films such as King Kong, Raiders of the Lost Ark, and Lawrence of Arabia.
“I definitely wanted to wear those influences on my sleeve when we made this movie,” he says.
Not only does the majority of The Sea Beast take place on the open sea, which required a tremendous amount of computer simulation to get right, the characters spend a great deal of their time on a tall ship covered in swaying ropes.
Williams believes the filmmakers behind those classics “knew their world beyond what they were shooting [and had] a sense of history that led up to that point.” According to Williams, the on-screen worlds they created were based on the cultures, history, and people that occupied them. The writers and directors who created them would never just “arbitrarily build a set.”
Following the film’s successful Annecy premiere, Cartoon Brew sat down and talked with Williams about the new film, coming to Netflix July 8.