Verbinski is well known not only for his big budget live-action films such as Pirates of the Caribbean, The Lone Ranger, and The Mexican, but also the CG animated Rango, which grossed 6 million at the box office and earned the prolific director an Oscar.
Cybersecurity specialist by day, investigative journalist by night.
The cat’s… back in the bag? The upcoming Gore Verbinski animated film Cattywumpus, featuring fuzzy space felines, has left its home on Netflix and is being shopped to other studios, according to Deadline. While reasons for moving houses are unclear, production on the film is underway and it is possible that shifts in the story, or vision, caused creative differences. Or it got too pricey. Or something else entirely.
Netflix’s animation biz has gone through numerous changes over the summer, another possible factor in Cattywumpus’ exit. Karen Toliver was promoted to lead the Animation Film team after serving as VP Animation Film. Melissa Cobb moved from her role as VP Animation Film and VP Gregg Taylor became a producer. Bruce Daitch, who had been VP Animation Production Operations, exited. Mike Moon resigned as Head of Adult Animation. Different execs… different priorities… different degrees of risk taking.

In May, Netflix cut 150 jobs, close to half of those in animation. Netflix said in a statement that “slowing revenue growth means we are also having to slow our cost growth as a company.” This course correction in the streamer’s animation effort mirrors is mirrored in many ways by the deep cuts happening over at Warner Bros. Discovery as well. It was not a good summer for animation. 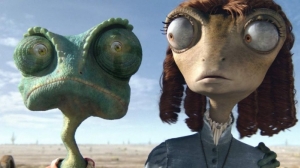