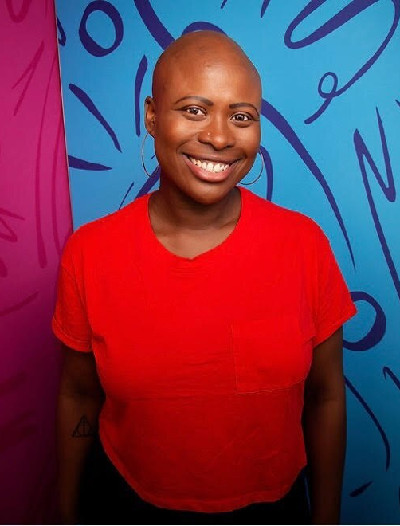 AnimationFest will host a making off session and the premiere for its latest student short film, The Pope’s Dog. Moderated by SCAD associate chair of animation Bernardo Warman, presenters will include John Webber, SCAD associate chair of animation; Noah Catan, associate compositor; Molly Cooper, art director; Neko Pilarcik-Tellez, director; and Madison Tody, producer.
Savannah College of Art and Design’s 2022 SCAD AnimationFest kicks off next week, so we decided to take a look at a few of the standout events from this year’s edition.
The festival will host a special selection of student-produced short films intended to showcase a range of styles and techniques. The selection also includes a trio of short films from SCAD Animation Studios, where students work on studio-style productions under the tutelage of accomplished SCAD animation professors. The selection will be available to watch at the SCAD Digital Media Center theater.

In Conversation With Hulu VP Of Animation Kelci Parker

In October of last year, SCAD opened their first extended reality studio in Savannah as part of the Savannah Film Studios major expansion project. This year, the organization will cut the ribbon on its second xr studio, this time in Atlanta.

Here are a half-dozen highlights we’ve picked out:

Throughout this year’s event, several highlights from previous editions of the Annecy International Animation Film Festival will be featured. Included among this year’s lineup are a selection of Annecy competition short films, a showcase from the Annecy Spotlight on Women Directors from 2019, and a lineup of the best Annecy titles for kids from 2021.
Headlining this year’s talks will be Hulu vp of animation Kelci Parker, who is also being honored with the Award of Excellence. Parker will offer insights from her years working in the industry, including her current post at Hulu where she guides an expanding lineup of adult animated comedy including shows such as Solar Opposites, M.O.D.O.K., and Marvel’s Hit-Monkey.

Behind The Scenes Of Netflix’s The Sea Beast

In the comedic short, chaos comes to the Vatican when the Pope decides to bring his furry best friend inside. The student filmmaker panel will dive into the creative process of the 2D animated production.

SCAD alumni Zach Parrish and Steven Schweickart, animation director and line producer respectively on The Sea Beast, will discuss the work they did on Netflix’s summer animation blockbuster. Attendees will be invited to view a breakdown of the creation of the epic tale from original idea to final frame. The session will explore the many challenges of designing original and inclusive worlds and characters, navigating a film set almost entirely at sea, and delivering captivating performances on screen.
SCAD will be, according to their literature, the only university in the world with two LED volumes after the new location opens. The two studios are also the largest of their kind in the U.S. at any academic institution.

Animation Showcase Lineup:
A full schedule of events at this year’s SCAD AnimationFest can be seen here.

Running September 22-24, the festival will host special screenings, panels with key figures from the industry, and presentations on the future of animation, digital media, visual effects, and more.
Promoted to the roll about two and a half months ago, Parker had a long work history in both animation and live-action comedy before joining Hulu in 2020. She previously worked at Comedy Central as director of talent and development, specializing in scripted narrative and animation. While there, she oversaw the launch of the Comedy Central Animated Shorts program and the animated series Legends of Chamberlain Heights, as well as several popular live-action shows.