The creators of Lost in Oz walked a delicate tightrope in order to pay homage to the original books while putting a fresh spin on the story.
And, of course, her little dog Toto is back, too.
Sign up to receive the Lost in Oz short as soon as it’s available here.
“At its core, Lost in Oz is a story about home,” said Mark Warshaw, executive producer. “For Dorothy, we left her pondering the question, is home a physical place in Kansas, or is it where your closest friends and family dwell?

Happily, after a brief hiatus, the Bureau of Magic team, producers, and IP owners of the Lost in Oz franchise will make sure the pressing questions regarding Dorothy’s adventures are answered.

“Dorothy’s greatest strength is also her greatest weakness: she can’t let a problem go unsolved,” explained Mark. “This trait helps her along the way, and it gets her in trouble oftentimes as well. She’s essentially a budding engineer.”
“When the books first came out, they were essentially the Harry Potter of their day,” he added. Indeed, MGM’s film was recently named the most influential film of all time by media academics and Wicked is now the second highest-grossing Broadway musical of all time.
He went on, “It felt like we were all in the same room during the entire storyboard process. We’re moving through virtual meetings at a much more efficient pace. Having the Bluescape workspace allowed for a more natural flow of creativity.”

The Bureau of Magic team is using Bluescape, a visual collaboration tool trusted by many of the top studios in the entertainment industry, to put their heads together across departments and studios to reinvent one of the most beloved classics of all time.
The success of Lost in Oz is a testament to how well-loved the Oz stories continue to be. Winner of the Emmy for Outstanding Children’s Animated Program and nominated for seven more, the show was also one of Amazon Prime’s top-rated original children’s programs and has been broadcast on second windows in nearly every media market in the world. 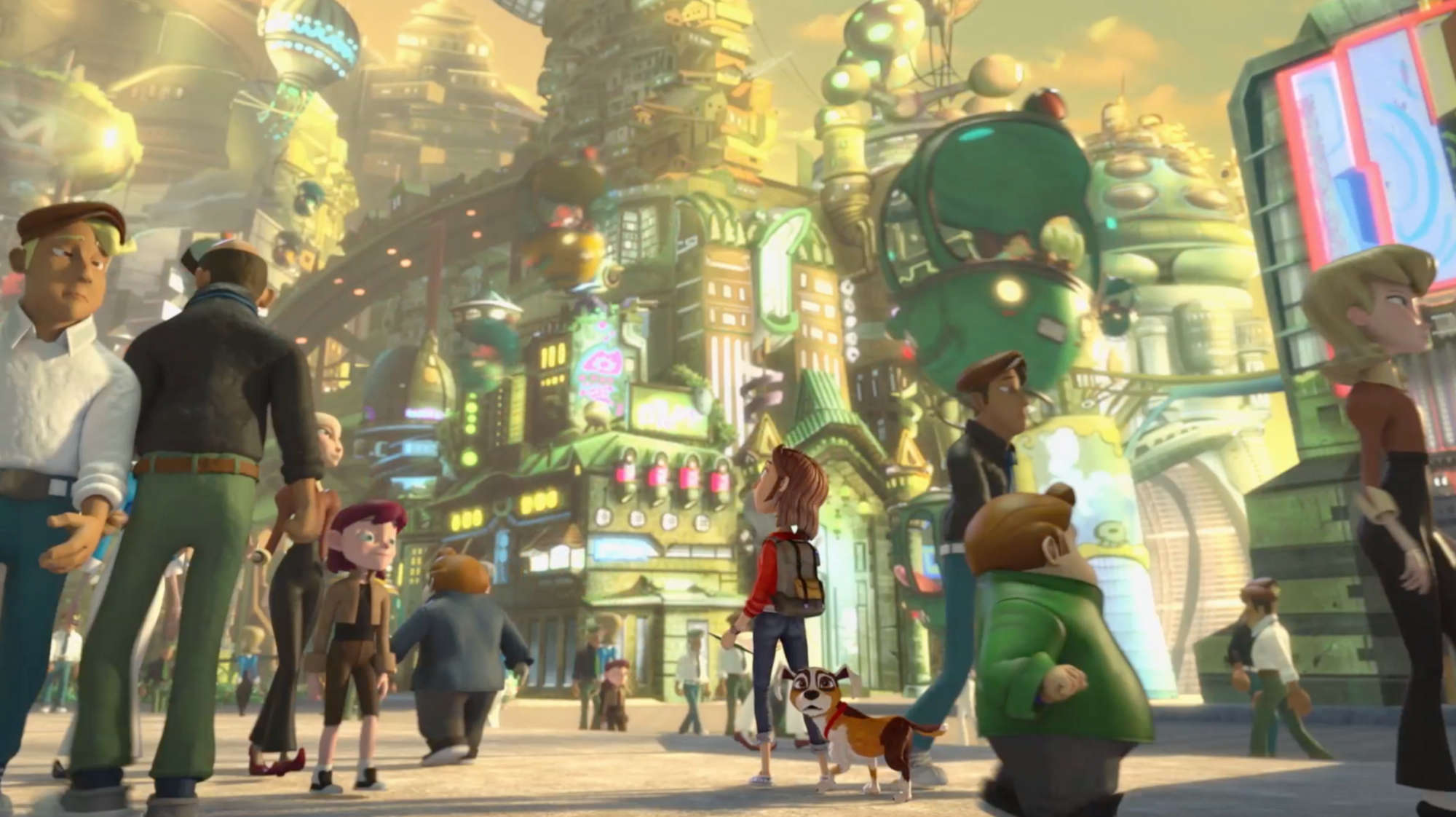 “Our team has been fascinated with the Oz stories for a very long time,” said Mark. “They’re universally adored stories that have been enjoyed for 122 years now. Each generation has its own version.”
“Bluescape has been an incredible tool in the pre-production process,” said Mark. “We used our Bluescape workspace to give all reference materials to our storyboard artist, the fantastic Mina Martinez. We were able to use Bluescape to concept new designs, show reference material, and to manage the  board review process, as well.”
But will more questions about the future of Oz be raised? 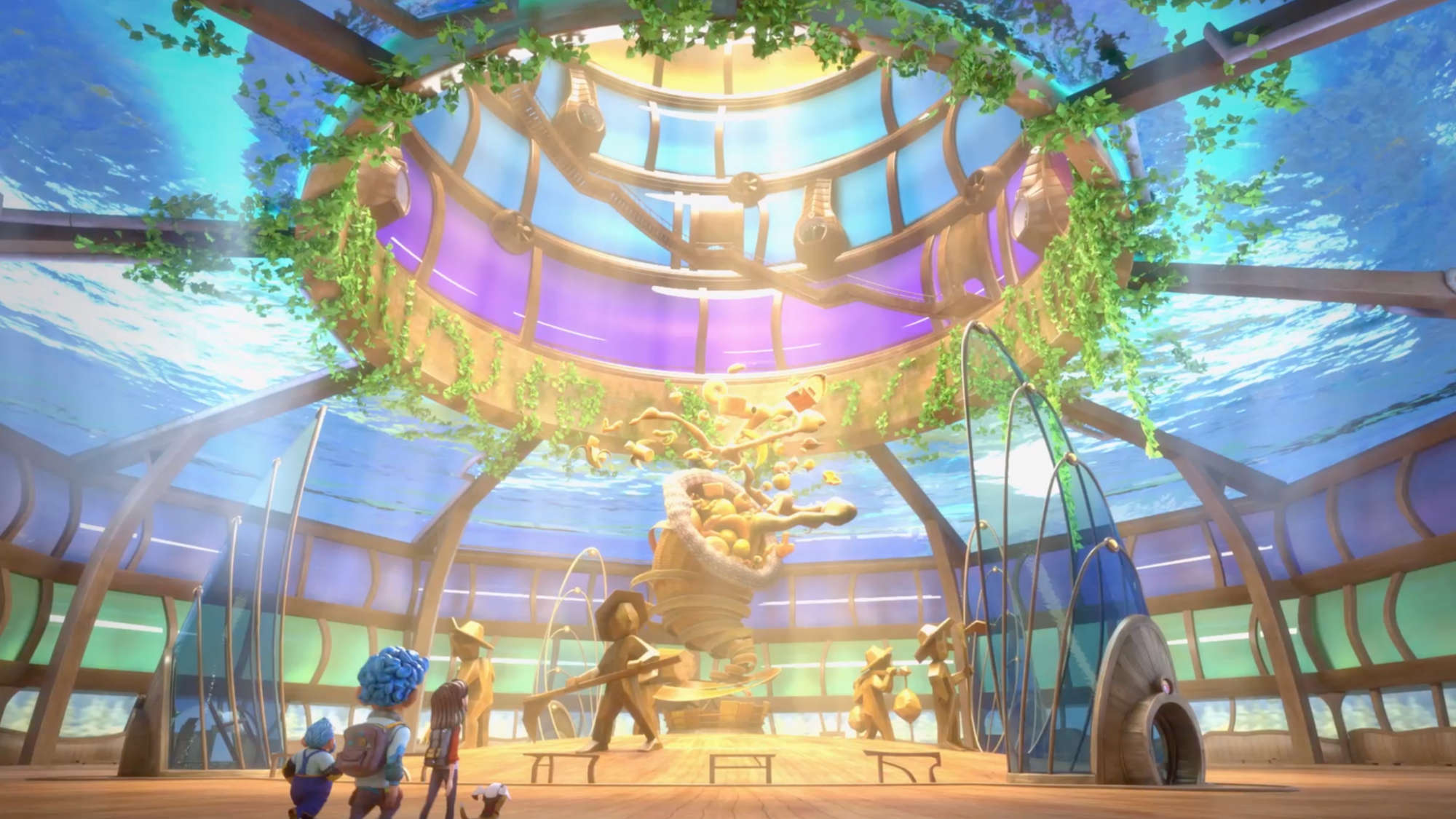 When production behind Lost in Oz, the Emmy-award-winning animated retelling of L. Frank Baum’s canonical Oz books, came to a standstill, fans of all ages found themselves hanging from one gnarly precipice of a cliffhanger. Will the newest Dorothy Gale continue to live life in Oz among a magical community of friends (and foes), or return to her home in Kansas?
“We wanted to honor the original books because they’re classic, brilliant, and have a tremendously loyal fan community,” said Mark. “We never had the hubris of thinking ‘we can do it better.’ So, how do you respect the source material without being beholden to it? We wanted to be free to create our own invention. That discussion continues; how do we incorporate all that we love from the original, digest it, put it aside, and launch out into something new from there?”

This is just the beginning of what’s to come in the new adventures of Dorothy Gale, Toto, and their friends. The next chapter of Lost in Oz begins on November 11, 2022.

The heroine of the story, Dorothy Gale, is the great-granddaughter of the same Dorothy from the Baum books, whose house landed in Oz a century before. Although they share the same name, the two characters are vastly different.
“We started the series by making a glossary of characters from the books to draw inspiration,” said Jared Mark, executive producer and co-creator. “We wanted to bring in characters with great story arcs. There are some deep cuts in there, too, like Dorothy’s friend Ojo, who is based on a character named Ojo the Unlucky.”