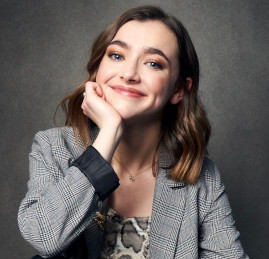 “[Dorothy and I] obviously look exactly the same, which was completely unplanned,” laughed Boettcher. “They had finalized the character design before I was even cast. There’s something really cool that happens when you start playing a character like this. They become a part of you, and you become a part of them. Of course, I see myself in her. At this point, it’s been literal years of us being the same person. It’s like I’m looking in a mirror.”
“One of the biggest challenges of taking on the mantle of playing Dorothy is honoring the history behind the franchise and all the fans who love it,” said Boettcher. “The Oz fandom spans decades, so having so many great people take on this role before you is daunting—especially to make it your own, which I feel like we did really well in Lost in Oz. It’s not just a retelling of the same Oz story; it has our own magical twist.
But taking on such a legendary role is no easy feat.

The newest Dorothy to explore Oz is voiced by the vibrant Ashley Boettcher (Weathering With You), who is essentially a real-life version of her animated counterpart.

“We wanted to honor the original books because they’re classic, brilliant, and have a tremendously loyal fan community,” said Mark. “We never had the hubris of thinking ‘we can do it better.’ So, how do you respect the source material without being beholden to it? We wanted to be free to create our own invention. That discussion continues; how do we incorporate all that we love from the original, digest it, put it aside, and launch out into something new from there?” 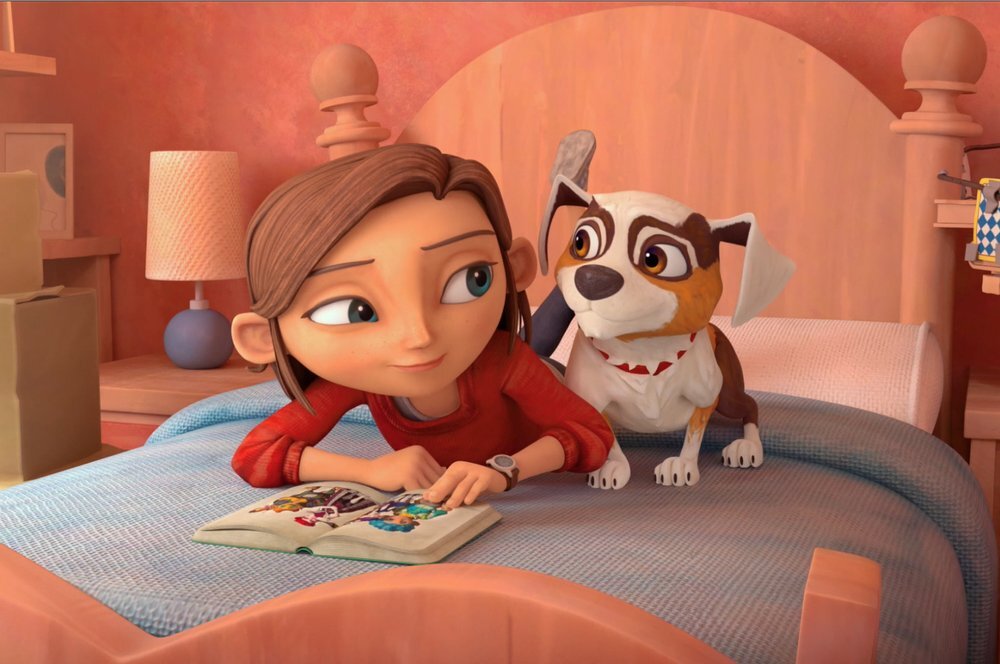 “Not to mention working with the Bureau of Magic. I’ve said it 1,000 times, and I’ll say it till the cows come home: they’re the absolute greatest people I’ve had the honor to work with in the industry,” she added.
“The most rewarding part about playing Dorothy has to be everybody I’ve met along the way,” continued Boettcher. “We work with people from all over the world. It’s so cool and crazy to interact with people in a virtual workspace like Bluescape, and to work with people in the studio I grew up listening to in other animated shows, like Nika Futterman (Hey Arnold, Kim Possible) and Stephen Stanton (Robot Chicken, Marmaduke).
This is just the beginning of what’s to come in the new adventures of Dorothy Gale, Toto, and their friends. Stay tuned to see what happens next!
The Bureau of Magic team collaborated remotely with studios from across the globe to bring the magic to life, including Bang Zoom! Studios and Polygon Pictures Inc.
“This is a modern continuation of the original Oz stories,” said Mark Warshaw, executive producer and co-founder of Bureau of Magic. “Our Dorothy Gale is the great-granddaughter of the original Dorothy Gale. Our character West is the great-granddaughter of the Wicked Witch of the West. We’ve taken the original books and fast-forwarded to an evolved Emerald City. We really wanted to show what Emerald City would look like in today’s world. Because of a combination of people migrating to Oz and the world naturally growing, we have a huge, reimagined world.”

Their award-winning animated series Lost in Oz returns in the new short “Packing Magic,” which includes some fan-favorite characters such as the not-so-wicked witch West, Reigh the conspiracy realist lion, and of course, Toto. A new (but oddly familiar) mysterious foe also makes an appearance, who seems to have his own plans in mind for Dorothy and her friends.
“I’ve had so much fun playing Dorothy, honoring the fans of the franchise, and those who have played her before me while also adding my own fun little flare with the Bureau of Magic.”

“Oz has become so ingrained in our culture,” finished Mark. “People know and respond well to its story, and it’s an honor to make this new entry point for a generation who might not be as familiar with that story. If this show can get those kids to pick up the Oz books and dive in, what a joy that would be.” 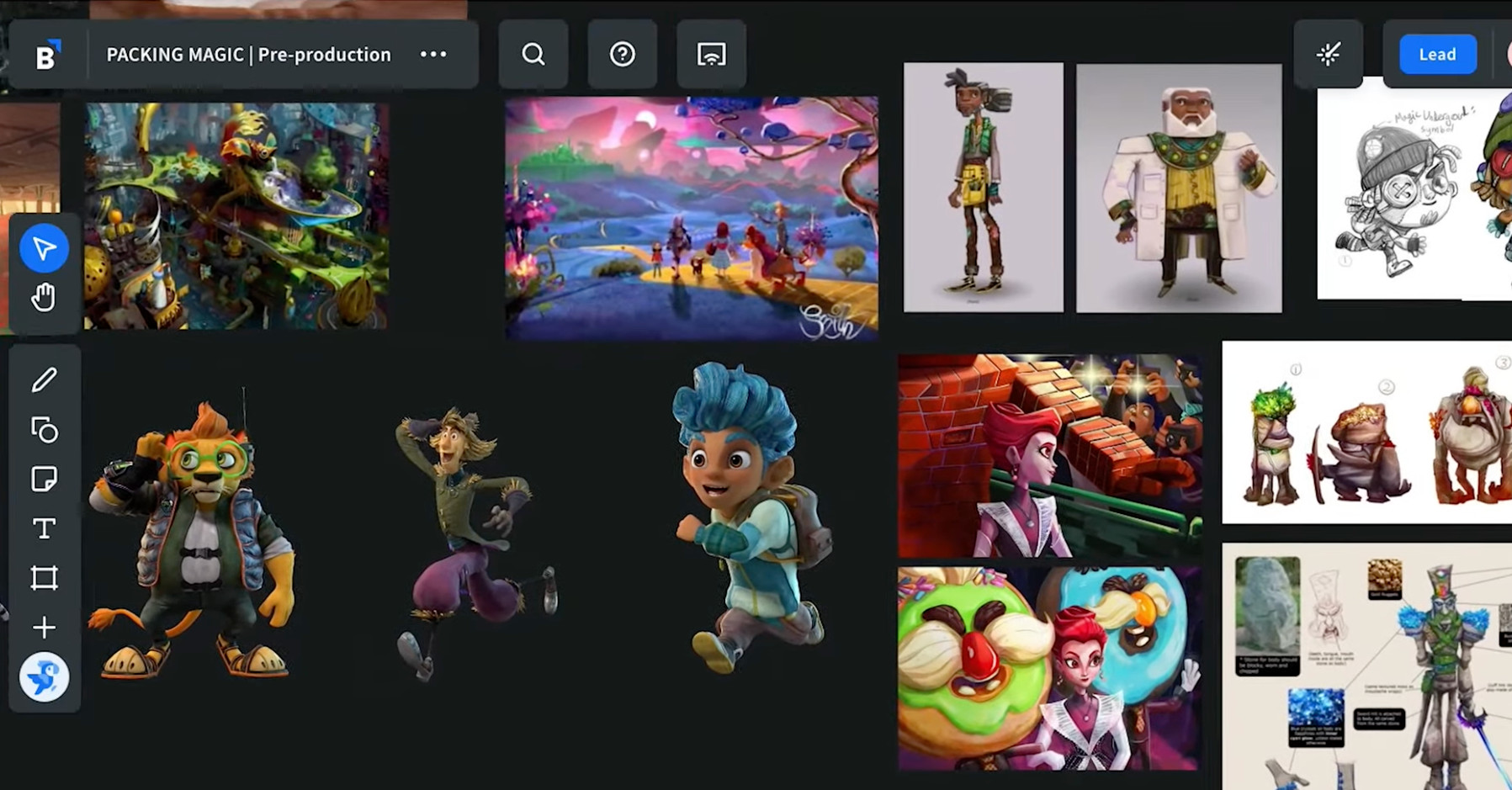 “We started the series by making a glossary of characters from the books to draw inspiration,” said Mark. “We wanted to bring in characters with great story arcs. There are some deep cuts in there, too, like Dorothy’s friend Ojo, who is based on a character named Ojo the Unlucky.”

A New Generation of Oz

If you want to put your own spin on the Oz franchise, you have some big shoes (or slippers, rather) to fill. However, the Bureau of Magic team rose to the occasion while also paying tribute to the classic American fantasy.
Now, go forth! Learn more about the making of Lost in Oz here.
“Dorothy’s greatest strength is also her greatest weakness: she can’t let a problem go unsolved,” explained Jared Mark, executive producer and co-creator. “This trait helps her along the way, and it gets her in trouble oftentimes as well. She’s essentially a budding engineer.”