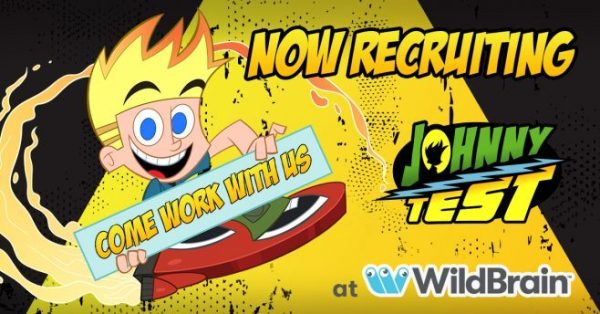 A selection of the best animation news, opinions, and features from around the world for the week ending February 2nd, 2020.

THE HOLLYWOOD REPORTER – One hundred years ago this week (Jan. 29th to be exact) Walt Disney began the job that put him on the road to animation history.

It’s hard to accept, especially when you’re less experienced, but often starting over from the beginning is better than trying to make something work that isn’t coming together.

ANIMATION WORLD NETWORK – Director Dean DeBlois sits down to discuss the franchise and shares some details on how the films come together.

THE WEBCOMICS REVIEW – Takes a stab at figuring out which webcomic was the first to make it to the small screen in animated form.

IRISH INDEPENDENT – Ireland’s animation industry is a remarkable success story, but other economic factors are making it difficult for studios to attract and retain staff. This is despite the hefty tax subsidy the industry receives so the outlook for the long-term future of the industry ought to be concerning for all involved. [paywall, but circumvent with your browser’s reading mode]

Oscars: Hear From the Nominated Animated Feature Directors on ‘Behind the Screen’ Series

THE GUARDIAN – Like every ranked list there are scruples to be had, but it’s a decent attempt to rank them all, and not just the most popular ones that made it to the west.

CARTOON BARN – Barely five years after production ceased, Johnny Test is being reborn. One wonders what the opportunities for original ideas are when ones are barely in the ground before being resurrected.

THE HOLLYWOOD REPORTER – We’re big fans of copyright disputes here on the blog and this one is a doozy. The lady in question claims the above two pictures are really a game of spot the difference and Pixar artists wilfully stole her IP after her van spent less than a day on the Pixar lot for an unrelated-to-the-movie social event. Going a little bit further down the rabbit hole, Cartoon Brew discovers that her van is possibly infringing as well. So this lawsuit will certainly be one to keep an eye on.

From pioneer to laggard: Animated film in Germany

ART & OBJECT – If you’re lucky enough to live in the Netherlands, a new museum dedicated to bringing younger people closer to animation and visual arts has just opened. For all the tools and opportunities the internet offers, seeing moviemaking in the actual flesh is still a rare and exciting occurrence for kids and one the industry needs to embrace in order to encourage kids to pursue a life in art.

Dean DeBlois Talks the Care and Feeding of Flying Reptiles

A passionate plea for a return of many many childhood favourites.

Betty Boop is launching a guide to life that is thankfully not rooted in the Great Depression. Joe Murray regales a very sober account of what being nominated for an award is actually like. And while we talk of the tranformative powers of animated characters, it’s nice to see female characters help change opinions in countries beyond where they were made.

Which Award Is the Best Animation Oscar Predictor?

THE HOLLYWOOD REPORTER – Here’s the complete animation roundtable hosted by the magazine with the crew of the features nominated for the Oscar.

DEUTSCHE WELLE – “Germany’s creative and experimental animated-film era lasted from the end of World War I through the start of the 1930s. It resulted in many films and technical advancements, and German artists enjoyed artistic freedom. But it came to a decisive end.“

Cool Articles of the Week

Which webcomic was the first to become an animated show?

/Film – A look back at a film that is perhaps unfairly maligned thanks to a combination of factors that combined to seal its fate.

These furry cartoons need a reboot!

SCREEN DAILY – “They Shot The Piano Player, the new animation from Spanish director Fernando Trueba and artist Javier Mariscal, who previously collaborated on the Oscar-nominated Chico & Rita, is one of the projects being showcased at Cartoon Movie 2020, the annual European feature animation co-production forum.“

Social Posts of the Week