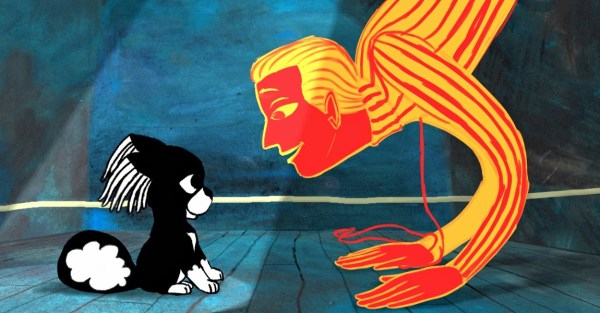 Netflix lopping off half of every episode of Pop Team Epic is example 1547 that they do not care about anime as anything but an abstract branding term.

Celebrating the Founders and Future of French Animation

COLLIDER – The trailer for the film Kyoto Animation was working on last year when one of the studios was attacked by an arsonist has been released. With extra poignancy surrounding this film, the release of the trailer marks the beginning of rebuilding the studio and a lasting tribute to the staff who lost their lives.

LinkedIn, Monster, Indeed; none of these can keep up with one man and his spare time when it comes to listing open jobs in the animation industry.

VULTURE – Bilge Ebiri goes above and beyond to demonstrate that Netflix is pulling out all the stops with its animated efforts. Are the awards important? Sure, but eyeballs matter more and there’s plenty of ways the company is grabbing them.

Other News Of Note

Finally we come to tomorrow night’s awards. This year’s odds are rather interesting. For Best Animated Short, Hair Love is the bookie’s favourite. For Best Animated Feature, Film Jerk takes an analytical approach and determines that Toy Story 4 will clinch it. The bookies agree but put that film neck and neck with Klaus by offering evens for both films. Interestingly Laika’s Missing Link is in a strong third place but both I Lost My Body and HTTYD: The Hidden World bringing up the rear with odds of 100-1 on the latter.
Not one, not two, but three articles on the famed Japanese studio. The first concerns last week’s article ranking the studio’s films which rankled a few people! The second is a really, really good in-depth look at the studio and what the future has in store for it. Lastly, Harpers Bazaar considers whether the studio’s films are the most feminist of all time.
Movie posters are still a thing. Here’s all the ones for this years Academy Award nominess.
A selection of the best animation news, opinions, and features from around the world for the week ending February 9th, 2020.

How Netflix Could Pull Off an Animation Upset at the Oscars

The rise of Family Guy alumni continues. Long time writer Wellesley Wild will develop content for Warner Bros. which is a natural extension of his current work on the reboot of Animaniacs.

Cult anime Pop Team Epic will be shown on Netflix in the US, but bizarrely(!) the company has elected to only show half of the 23-minute episodes which themselves are one 11-minute episode repeated twice. Furthermore, Amazon showed the entire series in its original form so what exactly Netflix’s rationale is remains a mystery.

HYPERALLERGIC – Although it’s happening right now (Feb. 7-10), this festival is in its third year and brings some of the gems of French animation to American audiences. If you can’t make it in person, the article shows you what you need to add to your viewing calendar.

Maxwell Atoms had to announce that work on his series Dead Meat has screeched to a halt. Making animation is hard, even for seasoned professionals.

ANIMATION MAGAZINE – YouTube is having another go at premium content after their initial efforts weren’t even a blip on most consumers’ radar. Irish studio Giant Animation is producing ‘Sherwood’ which is free to view on the platform and so far has 20 million views. Should Netflix and Disney be worried?

Social Posts of the Week