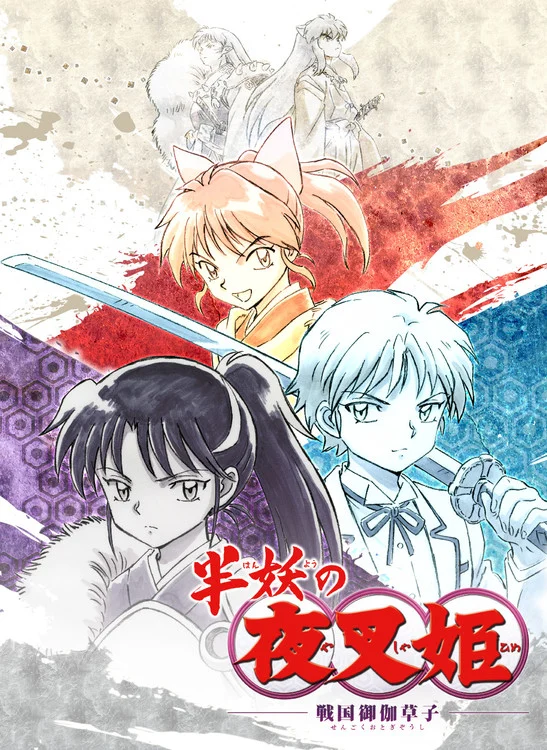 Yashahime: Princess Half-Demon is a sequel to the original Inuyasha anime which ended in 2008. The new series will be broadcast this autumn with VIZ stating they have acquired North American rights.

Warner Bros. tries to get down with today’s kids and informs the adults that its doing so via a press release. What marketing potential can TikTok have is unknown, but it’s surely a sign of the times that major studios will try anything to grab younger consumer’s attention.
The Los Angeles Animation Festival is creating its own distribution arm as a means of boosting the availability of high-quality, creative animation. The move is not unique; GKIDS was born out of the New York International Children’s Film Festival (NYCIFF) and that distributors success is second to none. Here’s hoping the LA festival achieves similar things.

Rather than the model professional being a high-powered elite whose life is driven by ambition, advancement, and the job, we could define the ideal professional as someone who is working toward a rich, balanced, and good life.
Marge Dean, President of Women in Animation from her open letter to the animation community.

We must have reached a certain milestone in transitioning to the new normal this week as the pace of news picked up substantially after a very quiet month. The animation industry is grabbing the opportunity placed before it with both hands while the live-action sector in many nations is crippled. One US broadcast series amongst others decided to complete their season by turning to animation for its final episodes. This marks a milestone in primetime dramatic animated TV that’s slipped under the radar of many and really ought to be celebrated.
What do animators and artists who worked Disney’s animated features think about their work being remade in live-action?
Seth Rogen and Evan Goldberg are teaming up for another animated feature film this time based on the Maximum Fun podcast. Details are still light, but it is optimistic that adult animated features continue to make inroads in America.
The history of animated propaganda did not end with World War II, or even the Cold War. It continues today and the coronavirus/COVID-19 crises provides the perfect scenario for governments to exploit citizen fears and sway opinion in the absence of facts.

A selection of the best animation articles including news, opinions, and features from around the world for the week beginning the 10th of May, 2020.

What is and isn’t ‘anime’ is a debate that started some time ago and is not going anywhere anytime soon. The latest series to get the “Is this anime?” treatment is Kappa Mikey. The argument is convincing though.

The Space Jam sequel gets a title. The original was amazing as a kid, but as an adult is a trainwreck. As a fan of animation, its atrocious. Coming more than 25 yearss after the original, it will be very interesting to see what a whole new generation of animators and artists come up with.

Auction house Sotheby’s in Hong Kong is currently exhibiting items from an upcoming sale of manga and anime art. Click through for the comprehensive slideshow. Click here to see the full listings and [gulp] current bids.
Turning web browsers into magical anime girls is old hat, but creating a whole series (of which the video below is the latest) is rather new.

How can you not like Spike the Bee? Learn about the little guy’s on-screen adventures as well as the [ahem] ‘amusing’ way his signature buzz was created.
The actors of Trolls: World Tour are upset that the straight-to-VOD model the film was released through means they will miss out on their cut of the box office gross as contained in their contracts. Although not strictly relating to animation, it could change some of the economics around the sector. Whereas once studios relied on big-name starts to marquee films in cinemas, the film itself takes centre stage at home. TV screens don’t permit details such as actor names on content thumbnails so will studios return to a focus on voice-acting talent instead of names for their films?

Cool Amusing Thing of the Week

Lastly, learn how artists with autism are creating animation for Sesame Street.