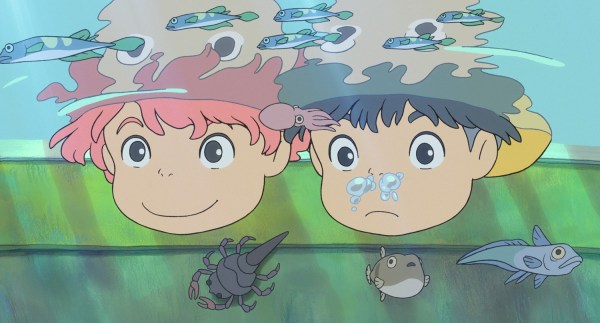 The Paradox of Reduced Choice and the Popularity of Animation on Netflix is an interesting look at how Netflix’s extensive animation library may actually reduce the worldview of animation of its viewers.

The final season of She-Ra was released this week and of all the pieces blitzed to us by the media, AWN’s is perhaps the most comprehensive. I don’t have any comment on the finale having not seen it, but I can’t shake the doubt that in her marketing comments, Stevenson is undermining her own aims of normalizing LGBTQ relationships by making it a point to specifically discuss them.

Last week we touched on the portrayal of the Native Americans in Disney’s Peter Pan which is seen as stereotypical and politically incorrect today. Pocahontas was Disney’s attempt to be a little bit more authentic with its Native American stories, but as this post reveals, it fell short at the time and even more so today.

Studio Ghibli will stream its films in the US on HBO Max starting this coing Wednesday (the 27th). Will streaming expose new audiences to the studio’s films or will they be a halo for the rest of the service’s content? The even bigger question is whether anyone will sign up for HBO Max specifically because it has Ghibli’s films. My hunch says a few, but most fans already have the films on disc Other animated content is being drawn primarily from the Warner Bros. and Crunchyroll libraries, and that may not be enough content to tempt fans to part with a month.
Netflix doesn’t usually release viewing figures, but did so for The Willoughbys, which was viewed by almost 38 million accounts in April alone. Now there are some caveats with this figure, but the clear intent behind Netflix’s actions are to showcase the sheer magnitude of the exposure the film received. A handy way of enticing talent to work with them

I always enjoy seeing artists grasping the opportunity to show off their unique styles and this week saw many redesigning Sailor Moon. There were plenty on display under the hashtag, but Sora News 24 gathered a few of the best. Anime News Network decided to collect some too, but they took the silly route.
A selection of the best animation articles including news, opinions, and features from around the world for the week beginning the 24th of May, 2020.

Noah Cyrus and Frankie Jonas lend their voices as new-found friends in PONYO, the latest movie from the Academy Award®-winning director and animation legend Hayao Miyazaki. PONYO comes to U.S. theaters on Aug. 14, 2009.

The new Looney Tunes shorts coming shortly to HBO Max get the thumbs up from /FIlm. Although much praise goes to how well these new shorts capture the energy of the originals, much time is spent discussing the originality of the storylines and how well they work with the characters.

Converse x Scooby Doo Hi-Tops. Why can’t all cartoon merchandising be this cool?