Sidebar
Browse
Sing a Bit of Harmony is written and directed by Yasuhiro Yoshiura, who created and directed the web series Time of Eve and wrote and directed the feature Patema Inverted, as well as its spin-off series Patema Inverted: Beginning of the Day. For the latter, he won the excellence award at the Japan Media Arts Film Festival.
The latest trailer for the musical anime feature, about a new transfer student and a song that brings happiness, has landed. The film will come to Japanese theaters in the fall and to North America “soon.” Watch the trailer below:
[embedded content]

Although Funimation has co-produced anime titles before, this marks the first time it is co-producing a feature. The Sony-owned anime distributor and streaming platform is in the process of buying its chief rival Crunchyroll from AT&T’s Warnermedia, but the progress of the sale was recently slowed when the U.S. Department of Justice reportedly extended its antitrust review.

Yoshiura’s co-screenwriter on Sing a Bit of Harmony is Ichirou Ohkouchi. The original character designs are by Kanna Kii. Hidekazu Shimamura serves as animation director and also designed the characters for animation. The animation is by Tokyo-based J.C.Staff, the studio behind The Disastrous Life of Saiki K. and Food Wars! Shokugeki no Soma, both of which are available on Netflix in the U.S.
Joy, a rare commodity in the Covid age, is front and center of Sing a Bit of Harmony, a forthcoming feature from Funimation and J.C.Staff. 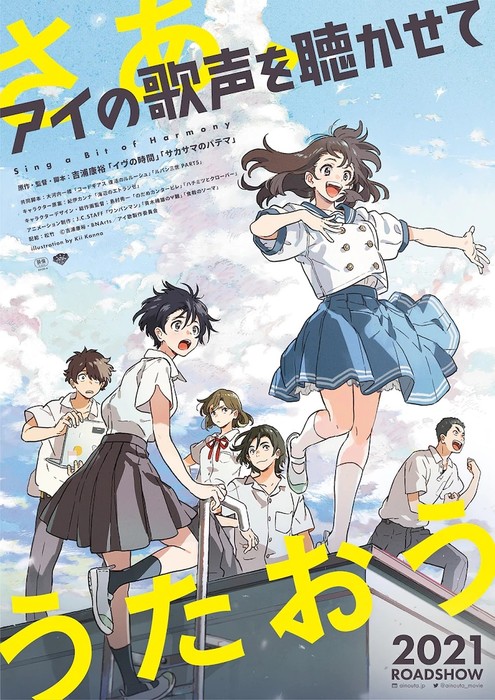