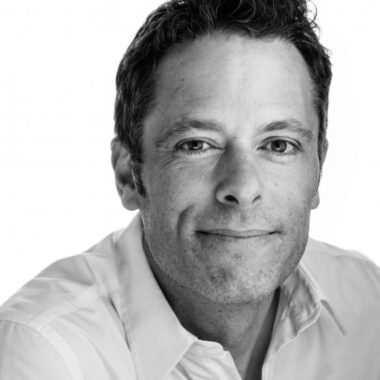 According to KingstOOn’s animation specialist Robert Reid, “The media influences and inspires us all from a very early age. Whether it is the music we listen to, the books we read, the films we watch, or the video games we play, these become our frames of reference, and so it is crucial that the characters and messages in media reflect as much as possible the diversity that exists in the world.”
The session will feature Carl Reed and David Steward II, founders of Lion Forge Animation and fervent advocates of representation in media. They will be joined by Everett Downing Jr., who co-directed the short film alongside Matthew Cherry and Bruce W. Smith, as well as illustrator and Hair Love story artist Pearl Low.
Prime Minister Andrew Holness and Matthew Luhn will be joined at the opening by Tahseen Sayed, the World Bank’s country director for Latin America and the Caribbean. The YEDAI Project is funded by a USD million World Bank loan to the government of Jamaica for training young Jamaicans in the digital and animation industries.
Where would the world be without animated blockbusters like Toy Story 1, 2, and 3, Monsters Inc. and Monsters University, Finding Nemo, Cars, Ratatouille, and Up?
Read on for more information about the individual events:
The panel consists of Melanie Goolsby of Netflix; Sonya Carey, founder of The Animation Lounge; Kimberly Wright of Sesame Workshop; and Pilar Newton of Pilartoons. It will be moderated by Taylor K. Shaw, founder and CEO of Black Women Animate, and a visionary creator, writer, and activist who lobbies for representation across the media landscape. The panel will be aired on Sunday, April 25, at 12 noon EST.
These stories, framed by varied life experiences, are what make Jamaica and other Caribbean nations a breeding ground for diverse creative content. The stories strive to eliminate stereotypes and one-dimensional portrayals related to culture, race, religion, disability, gender, and sexual orientation.

This year’s KingstOOn will also have a much-anticipated film festival featuring an amazing array of diversity-centric animated films from the Caribbean and the rest of the world, a business exchange forum, and the event’s signature pitch boot camp and competition for the five Caribbean-based frontrunners in the “best concept” category.
That a small island in the Caribbean can stage a global conference tackling the pervasive topic of Diversity in Animation is not so strange when that country is Jamaica. “Brand Jamaica” is a rich study in diversity: the country’s history of slavery, indentureship, and migration has paved the way for a potpourri of cultures, reflected today in its demography, cuisine, art, and stories.
Aged 19, he became the youngest animator to work on The Simpsons. Today he trains CEOs, entrepreneurs, marketing teams, and directors in how to use the secrets of great storytelling to captivate an audience, strengthen a brand, or sell a product, idea, or service.

Diversity in the Media Industry

The panel will be moderated by Mounia Aram, founder and president of the eponymous Mounia Aram Company, a production and distribution house that markets African animated stories, movies, and series to international audiences. The Diversity in Media Industry session will take place on Saturday, April 24 at 12 noon EST.
“It is indeed an honor to have Matthew Luhn at our KingstOOn opening,” says Margery Newland, project manager for Youth Employment in the Digital and Animation Industries (YEDAI), the host agency for KingstOOn. “It’s made all the more special with a welcome by the Honorable Prime Minister himself, who has emphatically articulated the importance of the creative industries, and animation in particular, to the generation of employment opportunities for our nation’s youth.”

Black Women in the World of Animation

Luhn is a writer, animator, story and branding consultant, creative writing instructor, and keynote speaker with over 25 years’ experience creating stories and characters. He has worked at Pixar Animation Studios, on The Simpsons, and elsewhere. His clients include Target, Procter & Gamble, Adidas, Sony, Mattel, Facebook, Charles Schwab, Microsoft, Warner Bros., Google, Salesforce, Disney, and many more.
The KingstOOn Animation Conference and Film Festival, scheduled virtually for April 21–25, will feature storyteller extraordinaire Matthew Luhn as its opening keynote speaker. Luhn was integrally involved as a story artist and animator in the creation of these Pixar blockbusters, which have resonated with us over the years and continue to shape the minds of our younger generations.

The Creation of Hair Love — From Script to Screen

This panel shines a light on the personal experiences of four notable and prominent black women in the world of animation, a field dominated by white males, and their commitment to increasing opportunities for women and minorities. They will tell stories of their personal struggles, and the roles they play in moving the entertainment industry to take action to improve the visibility of its women.
The moving short film about a father’s struggle with his daughter’s hair is the focus of this stimulating conversation with the production team at Lion Forge. Not only did the company take home an Academy Award in 2020 for Hair Love, its first film, it has since created Young Love, a spin-off series which has been picked up by HBO Max.

This year’s edition of KingstOOn, which is normally held in Kingston, Jamaica, will be structured around the central theme “Diversity in Animation.” There will be three panels focusing on the issues of diversity and cultural inclusion within the media: “Diversity in the Media Industry,” “Black Women in the World of Animation,” and “The Creation of Hair Love — From Script to Screen,” a conversation around the Academy Award-winning short film.