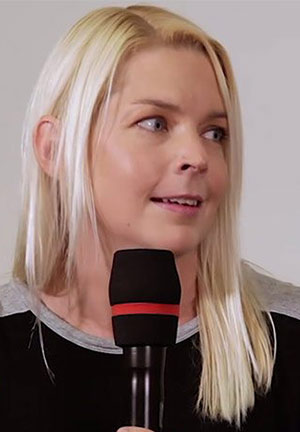 The company is currently operating on a remote basis, although it plans to open studio hubs in both L.A. and San Francisco. It is using a proprietary, real-time workflow platform based in the cloud and built on “a popular, state-of-the-art game engine.” It describes its workflow as follows: “It will no longer be a departmental and segmented process where one person does the story, someone else works on the background, and from there, another team member will animate it.”
Disher is a veteran of Blue Sky’s story department, where her credits include head of story on Rio. She directed two Ice Age shorts and was due, at one point, to become the studio’s first woman feature director. Disher also designed the main characters and served as supervising director on MTV’s Daria.

The pair will work at Spire alongside Shawn Krause, creative director of animation and story, and Michael Surrey, creative director of story and animation. The appointment of Krause and Surrey was revealed as part of Spire’s announcement of new hires last year.
Spire was launched to produce original animated features. It has several projects in development, including Century Goddess, a musical about “a powerful young woman who is revealed to be a once-in-a-century goddess,” and Trouble, a film co-created by actor and comedian Danny McBride, about a boy swept into a parallel reality known as the World of Trouble.