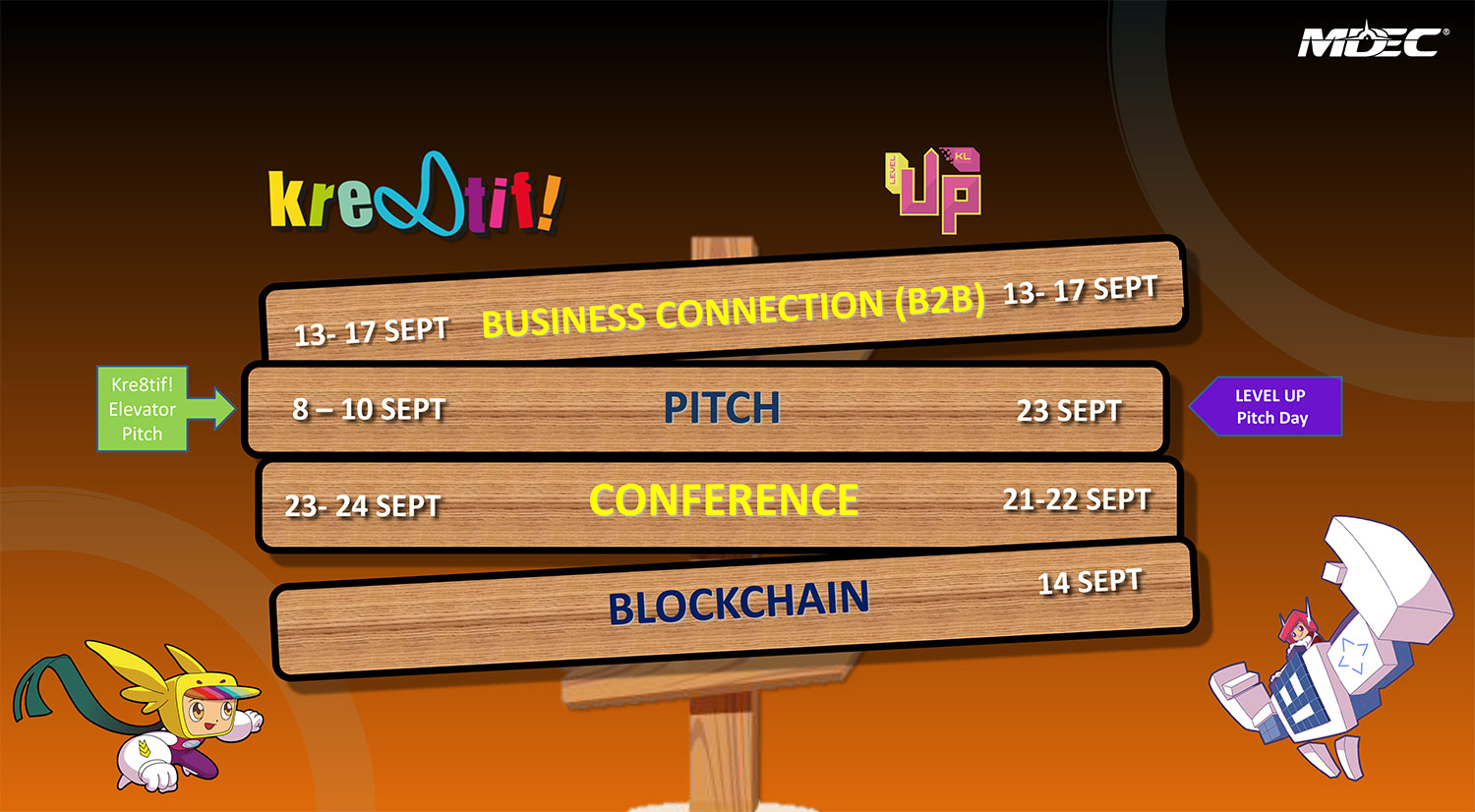 The games industry is drawing ever more foreign investment, bolstered by programs like the Toge Game Fund Initiative from Indonesia’s Toge Productions. The fund is open to developers based in the region, and offers mentorship as well as financial support.
Southeast Asia’s gaming scene is also on the rise, with local titles increasingly finding international exposure. For instance, Gigabash, a brawler by Malaysian developer Passion Republic Games, was featured at E3 2021.
MYDCF is in fact a merger of two well-established events: animation convention Kre8tif! Conference & Networking and games festival Level Up KL. Both are hosted by Malaysia Digital Economy Corporation (MDEC), the government agency tasked with developing the country’s digital sector and bringing it to global attention.
As a result, game development is attracting a growing number of Southeast Asian content companies. The industry’s progress will be charted in detail in MDEC’s upcoming SEA Game Industry Report 2021.
An emerging area of growth in the region is the use of blockchain in gaming. For example, Vietnamese studio Sky Mavis made waves with its NFT-based game Axie Infinity, and has drawn funding from investors like Mark Cuban and Alexis Ohanian. On September 14, MYDCF will host a Blockchain Bootcamp at which experts will explain how gaming and blockchain intersect, and what business opportunities the field offers.

B2B meetings will be held on September 13–17. MYDCF will be rounded out by a conference on September 21–22 (Level Up KL) and 23–24 (Kre8tif!), at which executives from companies like Double 11, Sony Playstation, Microsoft, Warnermedia, Moonbug, and Base Media will speak. A one-off festival day will follow in November, featuring a digital exhibition hall, career fair, and esports tournament.
They won’t be congregating in person, but the animation and games industries in Malaysia and Southeast Asia are gearing up for one of the most significant conventions in their history.
This month, MY Digital Creativity Festival (MYDCF) will bring together movers and shakers from the region’s creative sector for two weeks of virtual pitches, talks, business meetings, and more.
A pass to attend both Kre8tif! & Level Up KL costs RM400 (US) and offers access to the recorded events through the end of October. For more information on Kre8tif!, head to its website, and for further details on Level Up KL, visit its website.
For the first time this year, the two events will run concurrently on the same virtual platform. Projects will be pitched to an international panel of buyers on September 8–10 (Animation Elevator Pitch) and September 23 (Games-Indie Pitch). Nearly fifty projects have been selected from the Southeast Asian nations of Malaysia, Philippines, Thailand, Singapore, and Indonesia, but also countries further afield, such as the U.S., Japan, Australia, and South Korea.
MYDCF comes at an auspicious time for Southeast Asia’s creative industries. As Cartoon Brew observed at last year’s Kre8tif!, Malaysian animation is rapidly maturing from service industry to producer of successful original IPs, and the same is true of some neighboring countries. A 2019 report (compiled by MDEC) identified the strengths of the region’s industry, as well as potential growth areas.