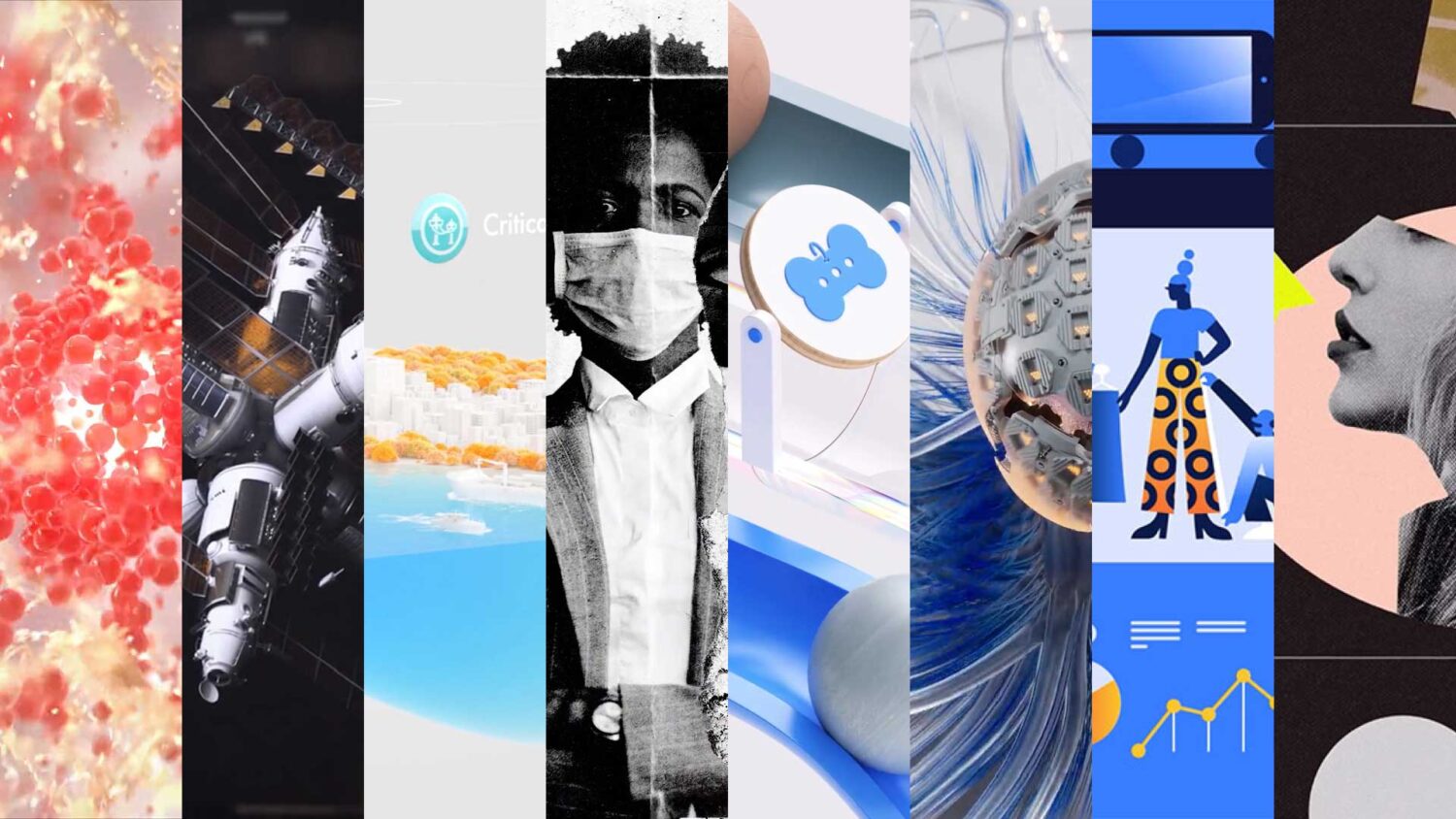 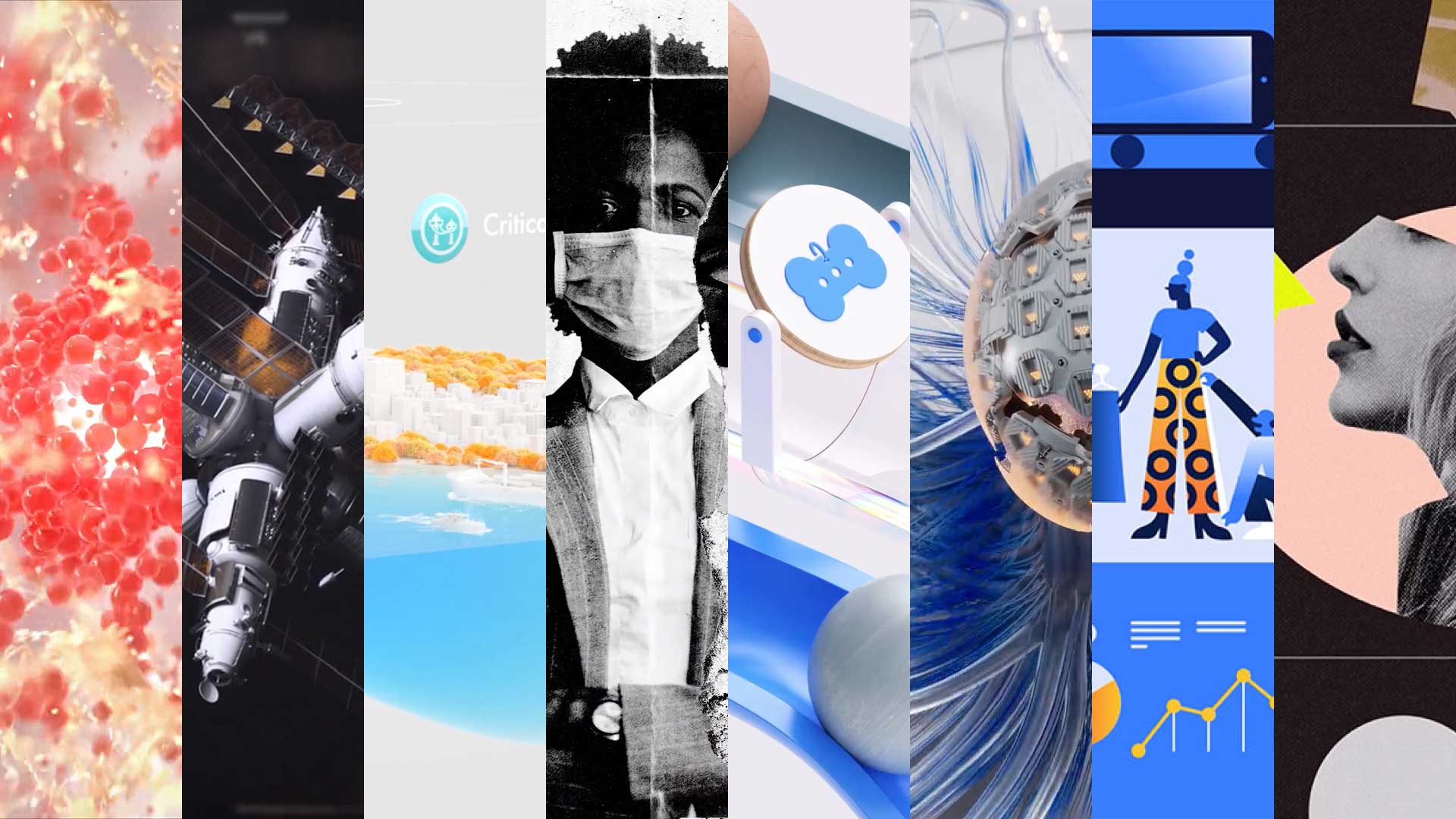 From the team at Tendril in Toronto: “Kernel’s technology is unique in the field of brain scanning, acquiring real-time brain activity before, during, and after a psychedelic experience.

Magically transforming a dry (often arcane, and potentially dull) topic into an intriguing and engaging piece of visual content requires a special type of motion design alchemy known as the explainer video.
GENOSKIN “RELIABLE RESULTS”
STASH 147
“Our challenge was first to condense that information into a carefully worded script with a natural flow. Second, we needed to find a visual language that was both entertaining and easy to understand.”

“Once we decided to dive in and create a short that addresses racism in America (from a black POV specifically aimed at white people), the biggest challenge was putting the story and message before technique and before our own egos.”

“Our challenge was to create a consistent storytelling approach and wrap it in an aesthetic unique to each topic while feeling like part of a cohesive series.”
“They didn’t want to utilize voiceover because of the translations that may be needed and this became the driving force behind all of the creative decisions that followed because everything needed to be shown in a literal and visually understandable way.”


[embedded content]
CREATIVITY EXPLAINED “LAYOUT”
STASH 150
HIDDEN LEVEL “AIRSPACE MONITORING SERVICE”
STASH 148
“Google provided us with tons of insights into the pain points of password management and common objections people have to using Password Manager. Creative director Vasil Hnatiuk at VantageFilms in LA: “Genoskin’s technology keeps human skin samples (leftover after cosmetic surgery) alive for long periods of time. This allows biomedical companies to reduce the use of animal testing and greatly increases the odds of successful clinical trials.
Kaitlyn Mahoney, producer at Oddfellows in Portland: “The brief was to create a myth-busting animation highlighting common misconceptions surrounding Google Password Manager.
“Throughout the project, we used magnet movements to lead the viewer through an example of what Magnati is capable of. From literal representations of the brand’s services and aspirational, community-based approaches to the way we share money.”


(above)
CYBIN X KERNAL “A NEW FRONTIER”
STASH 147
[embedded content] Josh Norton, director at BGSTR Motion Design in New York: “This is a passion project we decided to create on our own after the murder of George Floyd and the subsequent protests.
Director/animator Sam Tato in Buffalo, NY: “The client wanted an explainer video to illustrate the potential use cases for their technology and give viewers a high-level overview of potential markets.
Posted on Tuesday, December 28, 2021 · Leave a Comment
[embedded content]
LSA “BASECAMP MOON”
STASH 145 Once a neglected cousin of the brand film, explainers have evolved over the past decade in terms of both script quality and visual ambition to stake their place in the frontline of a brand’s marketing tools – or in the case of “White Fatigue” below, a powerful vehicle for personal expression.
“WHITE FATIGUE”
STASH 147
[embedded content]
GOOGLE “PASSWORD MANAGER”
STASH 148 [embedded content]
Kevin McCrae, CD/founder at Revenant in Glasgow: “The Luxembourg Space Agency reached out to us to work with them in collaboration with NASA on a promotional film for the launch of the European Space Resources Innovation Center in Luxembourg.
“The project brief was to help introduce Genoskin’s products and technology to research labs. The main creative challenge was to correctly visualize the incredibly complex cellular mechanisms of human skin.”

“Given a script, we were asked to visualize the content as clearly as possible, while creating an engaging film which would excite and inspire people to find out more about LSA and their ambition for using Space Resources.”


“Measuring where and how psychedelics work in the brain opens the door to new frontiers of discovery and radical cognitive improvement.”

Jarratt Moody, creative director at Oddfellows: “Creativity, Explained is an animated series from Adobe that explores the fundamental principles of art and design.
CategoriesMovie Animation