“Real-time technology has enabled a seismic shift in how film and TV content is produced, where now the technology is aligned with accessibility for creatives, regardless of the medium,” said Miles Perkins, Epic Games’ industry manager film and television, in a statement. “As game and film technology merge, it frees filmmakers to work more collaboratively and iteratively, and we’re constantly refining Unreal Engine to add new features tuned specifically for virtual production. The demand for these real-time skills has exploded and we know it will only continue to grow as more and more filmmakers are exposed to this new way of working.”
Check out the whole video below:
Max Weinstein is a writer and editor based in Los Angeles. He is the Editor-at-Large of ‘Dread Central’ and former Editorial Director of ‘MovieMaker.’ His work has been featured in ‘Cineaste,’ ‘Fangoria,’ ‘Playboy,’ ‘Vice,’ and ‘The Week.’
“Then, we would have a meeting afterward and we would change the script for the V.O. based on what happened on the stage, and we’d move forward that way,” adds Blacha.
Netflix will debut the 10-episode series later this year.
Another series of panel discussions, “Writing in Unreal,” was originally presented in partnership with Tribeca last November, but is now available to watch on demand as part of Virtual Production Week. Created for independent filmmakers, the panels focus on such topics as the shared vision of the director of the DP and producing in Unreal Engine.
[embedded content]
“Not only are we writing in the script, but you make the assets… and then we get onto the stage, and there is a chance to see it in action again and re-write on the stage,” Andrews explains.
Today, Reel FX gave a special presentation with exclusive behind-the-scenes footage from its new animated series for Netflix, Super Giant Robot Brothers! It is being produced using the studio’s proprietary virtual production animation pipeline, where all aspects of the show are visualized and rendered in Unreal Engine.
The show, developed and produced by Reel FX, is created by executive producers Victor Maldonado and Alfredo Torres, and also executive produced Jared Mass and Steve O’Brien from Reel FX Originals.
In the video, the show’s director Oscar winner Mark Andrews (Brave) and writer/showrunner Tommy Blacha break down how the unique level of interactivity when working in a virtual production pipeline aids the storytelling process.
Yesterday, PROXi co-founders Guy and Harrison Norris joined the event for a discussion on action design in Unreal, showcasing how they used virtual production techniques on films like The Suicide Squad for action design and techvis.

According to data gathered by Epic Games, the company saw more than 1.5 times the number of new film and TV projects using Unreal Engine in 2021 than in 2020. Recent and upcoming films that have used Unreal Engine for previsualization, stuntvis, virtual location scouting and art department, and/or in-camera visual effects include: Infinite, The Tomorrow War, Free Guy, Shang-Chi and the Legend of the Ten Rings, Dune, and The Matrix Resurrections. Recent and upcoming TV productions using Unreal Engine include Star Trek: Discovery, The Mandalorian, and Ted Lasso.

On Monday, Epic kicked off its Virtual Production Week, which runs from now until this Friday, January 28. The five-day event hosts free online presentations and panels that showcase how Unreal Engine has been adopted by film and television studios of all sizes. 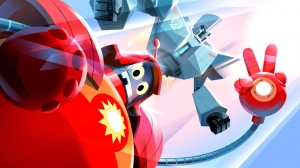