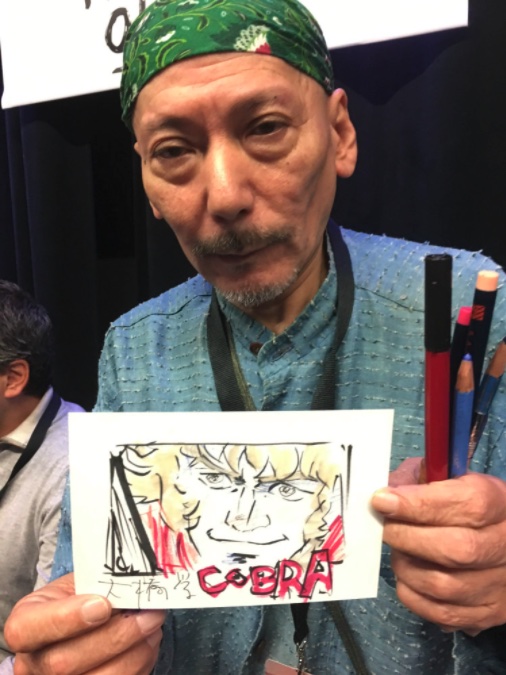 In his later years, Ohashi appeared regularly at events at home and abroad. He also taught at The Small School of Artistic Animation, which he introduces in his video interview for Toco Toco below.
Japanese animator Manabu Ohashi has died at 73, bringing to a close a remarkable career that stretched over more than half a century.

Chiefly an animator and character designer, Ohashi made a rare swerve into directing with Cloud, his contribution to the anthology Robot Carnival (1987). For the short, he repurposed elements from his illustrated book Kumo to shonen (The Cloud and the Boy, 1979). Handling the designs, animation, and backgrounds, he created a dreamlike world filled with clouds — something he had a particular talent for drawing.

Takarajima (Treasure island) Ending (1978) animated by Manabu Ohashi.pic.twitter.com/w2rgBhLC0g
There followed one of his professional crises, which would recur throughout his life: the young artist was on the verge of quitting the industry, but was drawn back in after watching Osamu Dezaki’s Ashita no Joe, which deeply impressed him. Ohashi would become one of Dezaki’s closest collaborators, working with him on series such as Jungle Kurobe (1973), Adventures of Gamba (1975), and Space Adventure Cobra (1982), for which he animated the opening.

As a freelancer, he worked on productions such as Roujin Z (1991), Sailor Moon (1992–97), Doraemon: Nobita and the New Steel Troops: Winged Angels (2011). His final credit was on animated segments in the live-action series Natsuzora (2019), which, fittingly, follows the fortunes of a budding animator.
Image at top: “Cloud”
In the documentary, he confesses that he came close to leaving animation many times, intimidated by his colleagues’ experience. “But sometimes, you get to work on projects that power you up and give you back all your energy,” he added. “Those projects call to you — they convinced me not to give up.”
Ohashi, who sometimes worked under the name Mao Lamdo, might have become a mangaka were it not for a job listing from Toei Doga (now Toei Animation) he spotted in his teens. The studio, which had ambitions to become the Disney of the East, was looking for in-betweeners. Ohashi got the job aged 15, dropping out of school to pursue his newfound career. He animated on series such as Kaze no Fujimaru (1964–65) and Rainbow Sentai Robin (1966–67) before leaving Toei in 1968.

After stints on productions at Tatsunoko Pro and Osamu Tezuka’s Mushi Pro, Ohashi joined Dezaki and other Mushi Pro veterans to launch Madhouse, which remains a force in the anime industry today. A stalwart of the studio, Ohashi contributed memorable scenes to films and series including Treasure Island (1978–79), The Fantastic Adventures of Unico (1981), Barefoot Gen (1984), Neo Tokyo (1987), and Metropolis (2001).