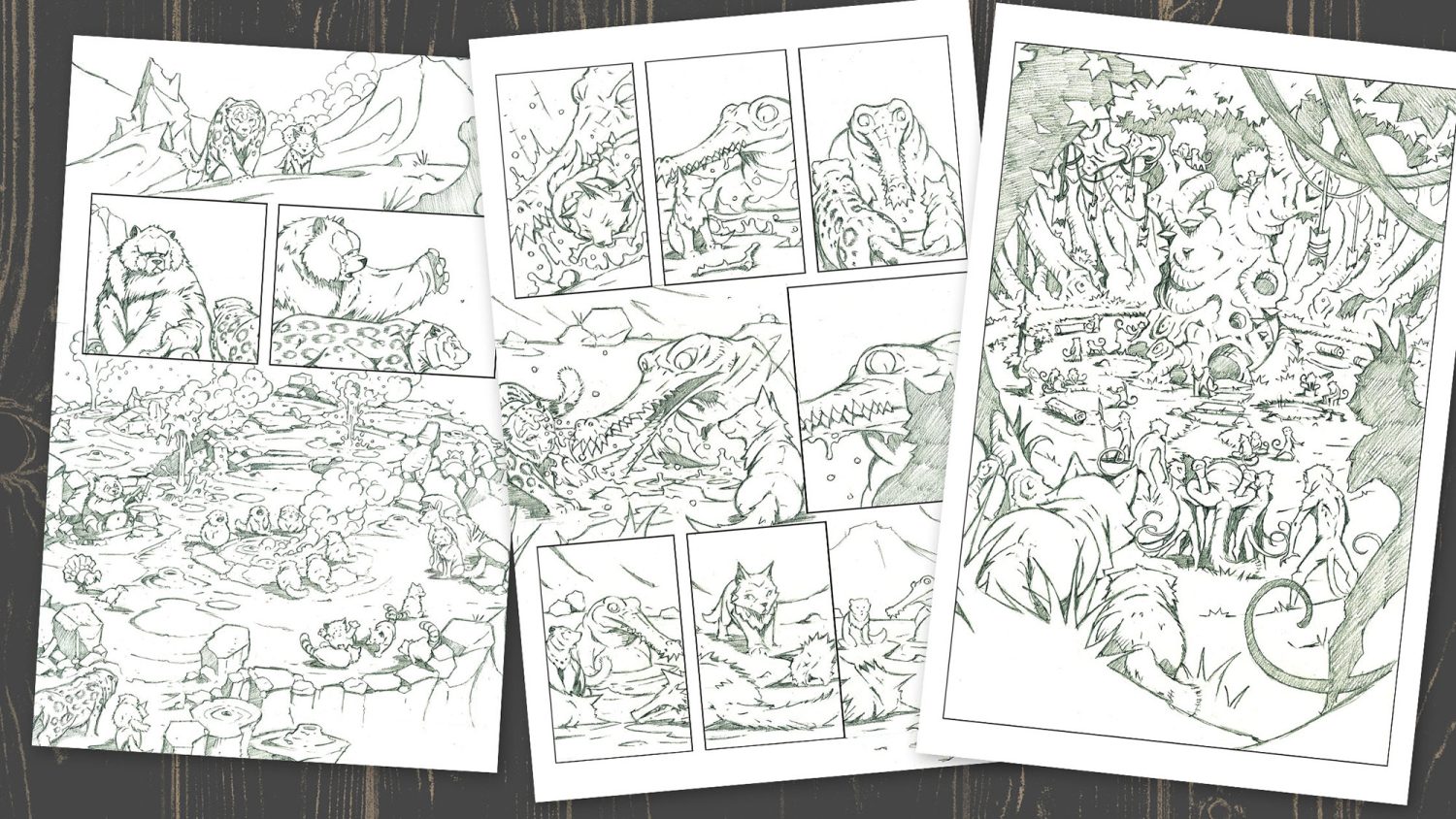 After our new graphic novel script was finished, I looked for our art team. That team would be made up of a penciler, a colorist, and a letterer.
He taught me how to write for the medium and helped me adapt the entire screenplay to a graphic novel format. This not only meant writing what happens in each panel but also thinking about what should appear on the right page, as opposed to the left one. Thinking about the story in a completely new visual manner.
I have always loved reading graphic novels, and I knew this was something I could fund myself and actually make happen. I wouldn’t need to pitch this to anyone, as I could just self-publish it. I just needed to assemble a great team behind the project.
The hardest part would have been finding the right penciler, as that would determine the whole look of the book. The way I approached finding one is by testing numerous artists with the same two pages, providing them with the script for those pages as well as a few character design sheets, and seeing what they do. Each artist was paid their rate for this test, whether they got the job or not.
For example, we never allowed the use of gradients. If we needed a color transition, we had to do it as we would in a painting, layering colors on top of each other to blend the color change. I also asked not to use any “special effects” such as lens flares or blurring the background to create a depth of field. The idea was basically, if it can’t be done with real paint, don’t do it. That worked very well with the scanned pencils, pushing the hand-made feel of the book.
That’s exactly what filmmaker and Bloop Animation Studios founder Morr Meroz decided to do with his new project Snowlands. In this piece, Meroz walks readers through the process of why and how he turned his script into a graphic novel. Over to Meroz now:
In other words – I was looking at years of pitch meetings and networking which ultimately may or may not end with a greenlit film. To me, as an independent creator, wasting so much time convincing other people didn’t seem like an effective use of my time.
So I didn’t do any of that.
Luckily, our editor had worked with printing houses in the past and set us up with a great Canadian printing press which produces beautiful books. That means paying a lot upfront with a minimum order of 2,000 books, but the result was more than worth it.
For the lettering we brought in an industry pro, Deron Bennet, who has worked on many comic books and graphic novels. We figured out a unique style for the lettering that would fit in with the art. That meant going with a handwritten font for the main dialogue and organic imperfect balloons. We also colored the balloons with a special graphite pattern to make them look pencil-drawn to better fit in with the art. As for the effects, we made sure to make each letter a bit different so it wouldn’t look computer-generated.
For the printing, I knew I wanted it to be a premium hardcover book so unfortunately using Amazon’s KDP print-on-demand service was out of the question. I wanted a glossy title, custom inner pages, and other little things that can only be done with a real printing house.
As if making a feature film is just like making a short, but longer. It isn’t.

At the end of 2019, the screenplay for Snowlands was completed. After two years of writing and rewriting that script, which was meant for an animated feature film, it was finally ready to be sent out into the world.
Producing this book was a great experience which didn’t take too long (in movie terms), and is something I can do again. The next book is already in production, and many other related products are on the way, such as a novelization of the comic and spin-offs.
For the coloring I found Davi Comodo. I loved his work for the same reason. It didn’t look too digital and had a painterly quality to it. I asked him to push that style for this project and laid out a couple of ground rules for the coloring.

From among our contenders, I found Collin Fogel. What struck me the most about his work was that he drew on paper, not on a tablet. That’s a bit rare in today’s comic book landscape. His pencils were so gorgeous that I made the decision to keep the pencils as they were, rather than digitally inking over them. What you see in the finished book is his actual pencil work, with digital color on top. I thought this gave the book a unique visual style and made it stand out from the many graphic novels out there that sometimes look similar. 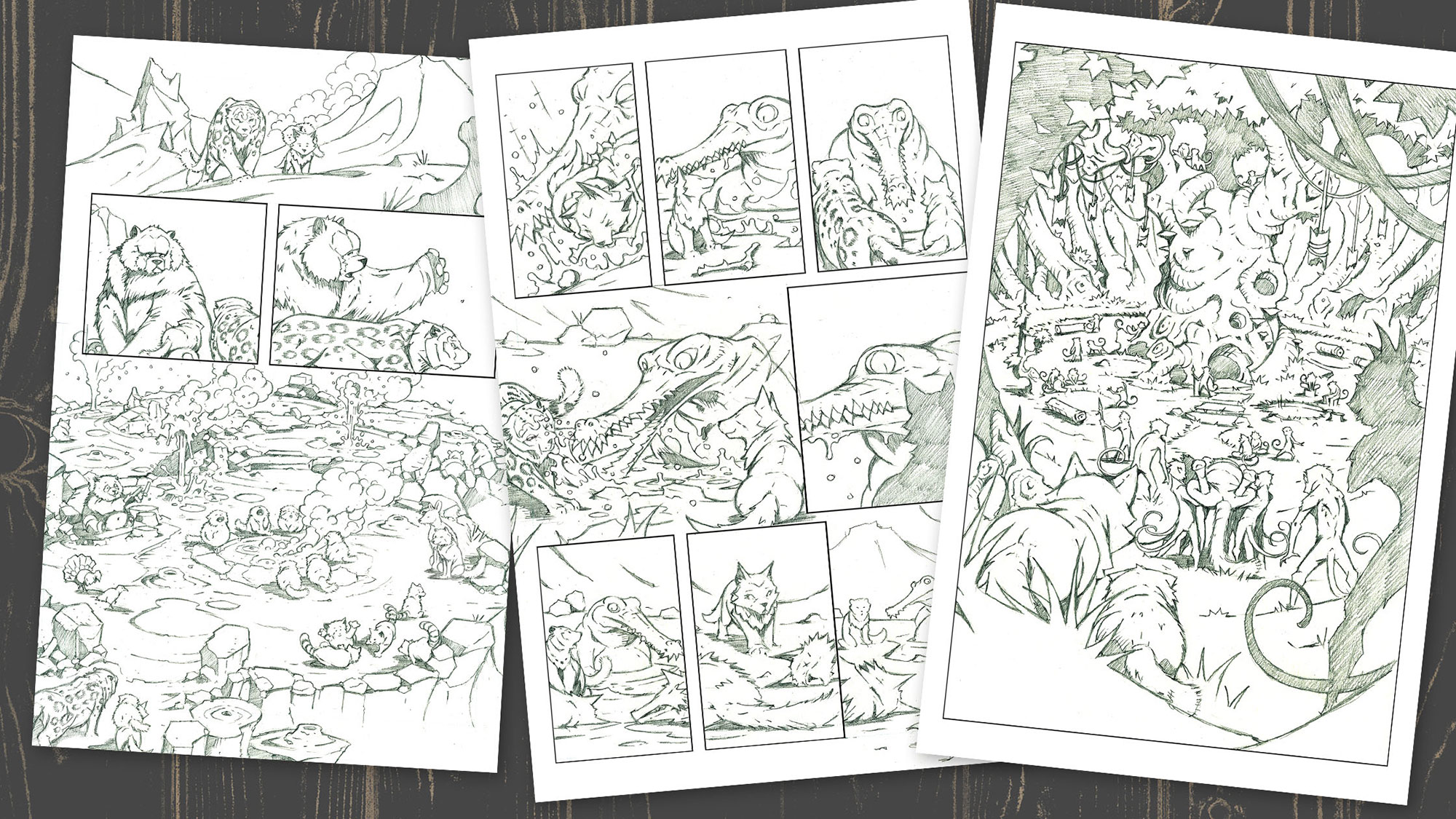 The graphic novel is available on Amazon in both ebook and hardcover. Ebook version is also available on Apple Books, Kobo, and Nook.

I asked myself the same question I always do: what can I do? 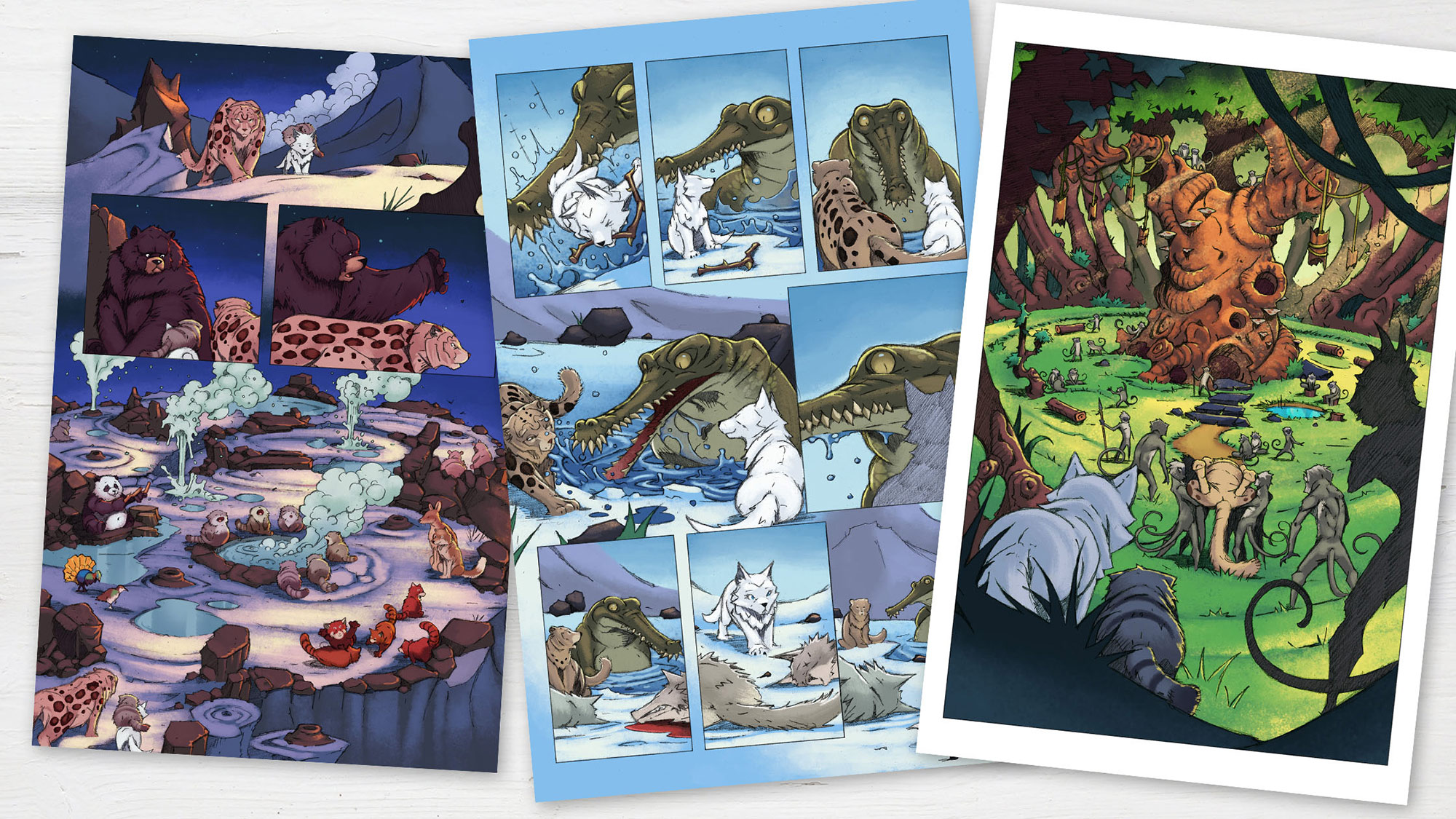 I started with an editor. As I had never written a graphic novel or a comic book before, I figured I should get someone with experience in the field. I found Jim Spivey, who has worked as an editor for decades, at DC Comics among many others, and is a treasure trove of knowledge about anything comics. 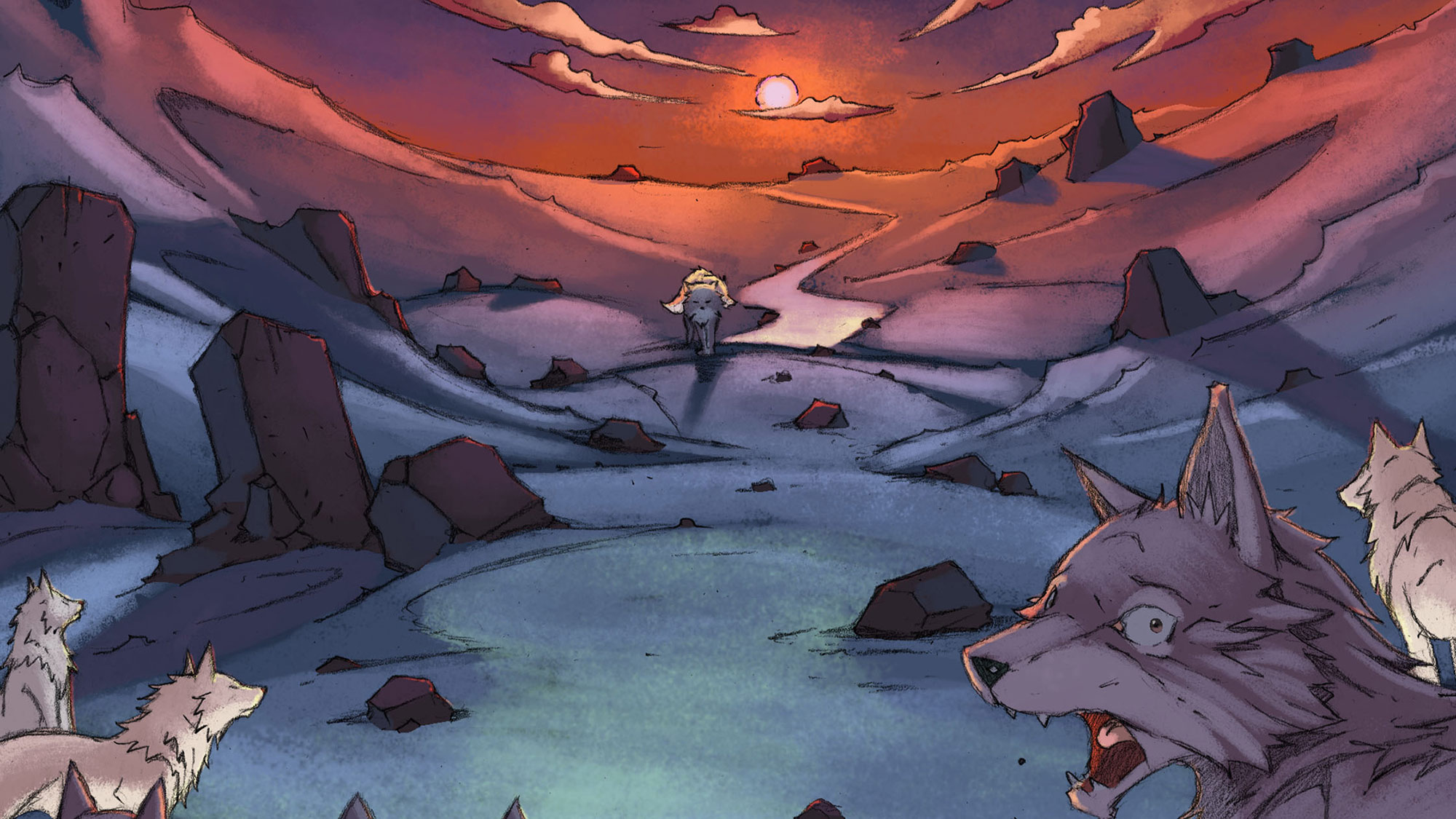 The answer came as another question: What about a graphic novel? 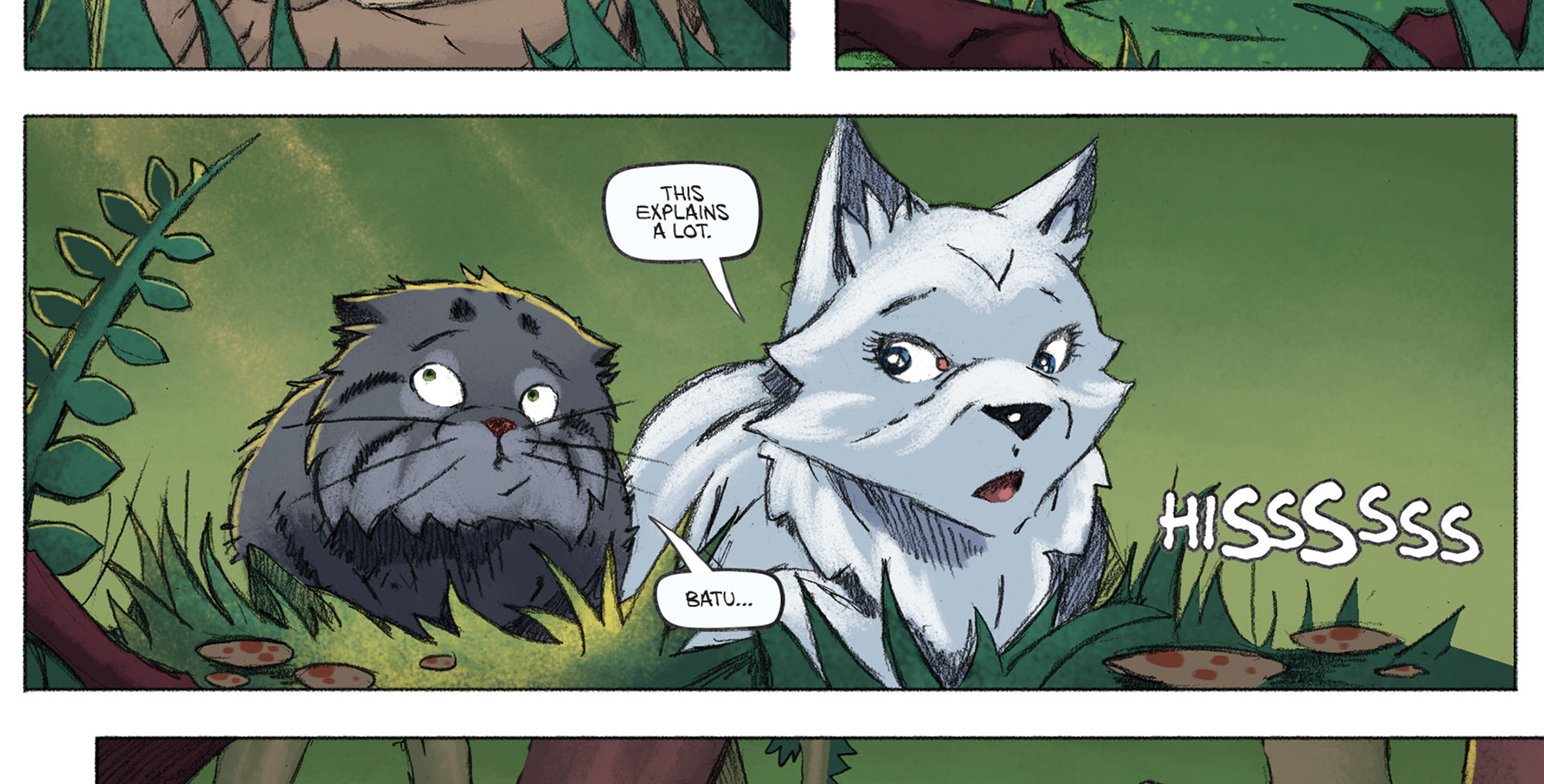 Turning a comic or graphic novel into an animated project is a fairly common pathway, but far more rare is taking a finished screenplay for an animated feature and reenvisioning it in print form.
If you’re wondering what happened to the initial idea of making a feature film, here’s how I see it. 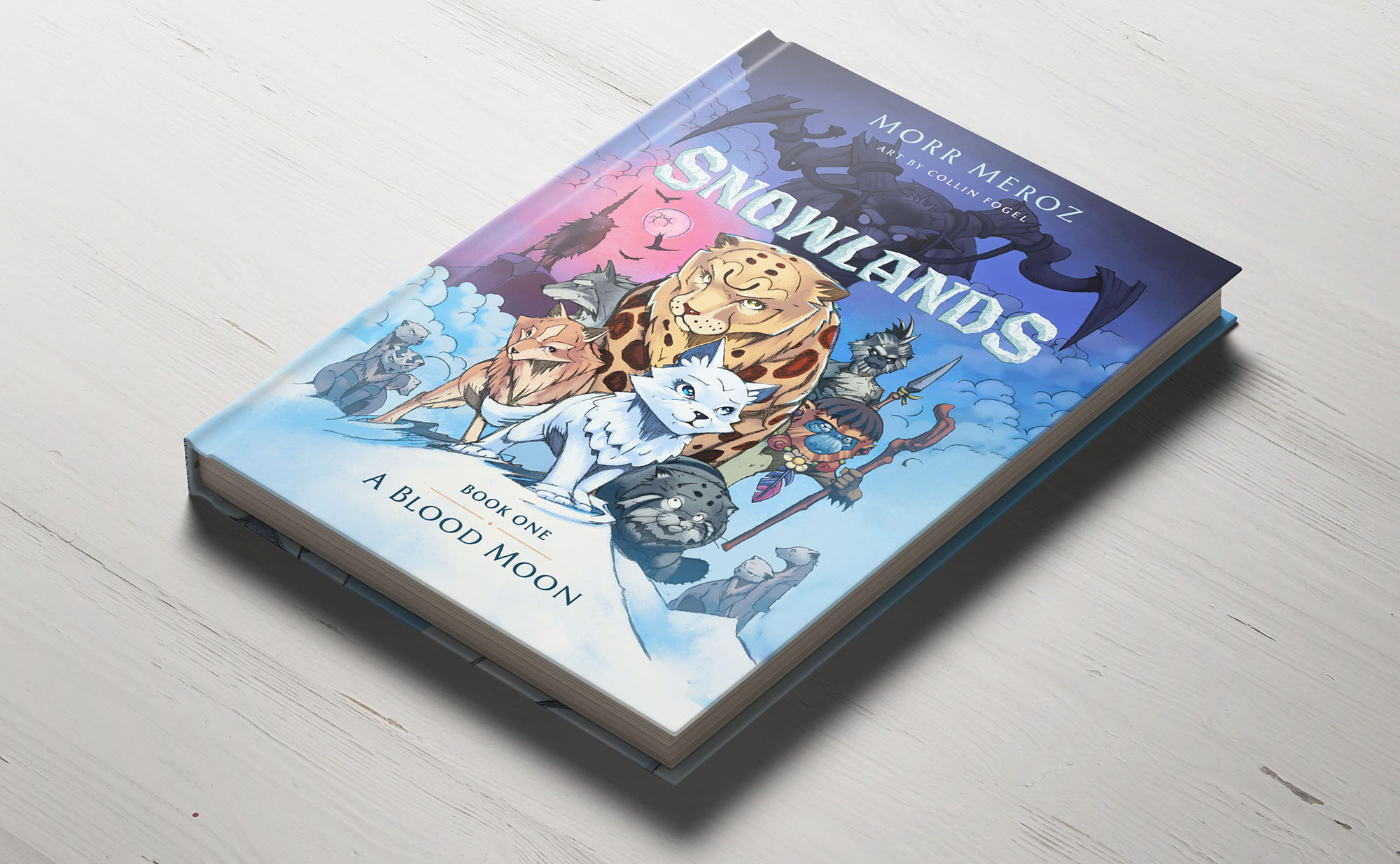 What about the film?!

I believe that if I spend the next decade developing the Snowlands universe, slowly building a fanbase for it, then the process of getting it made as a film will be much easier. And I can have fun on the way. But if it never happens, we will still have produced a great book series and built a fanbase for an original idea.
My notion of making an animated feature film came after years as an independent animator. With three animated shorts under my belt, I thought the next logical step would be a feature film.
But the screenplay was ready, and so I started submitting it to competitions and screenplay lists services. It actually did very well, making it to the quarterfinals in the Academy Nicholl Fellowship as well as the top of the Black List for animation screenplays.
So the script was good, but the next steps proved to be a bit more abstract. They included trying to get an agent, pitching the film to studios, and securing funding. For an animated feature, the options are very limited. There aren’t that many animation studios, and most develop their ideas in-house. Getting funding isn’t easy either, as animated films tend to be expensive.