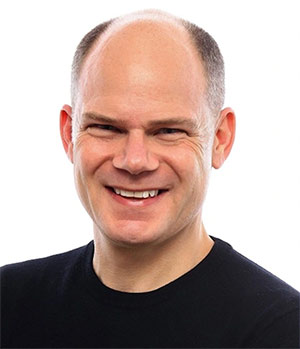 In his announcement, Le Goy also gave a beaming review of the company’s ongoing anime expansion.
After more than three years at Sony, Colin Decker has decided to step down from his role as CEO of Crunchyroll, having worked passionately and diligently to bring our anime business to the successful point it is today. Colin led our Funimation business to an exponential level of growth and was instrumental in forging a great relationship with our partners at Aniplex. He championed and played a key role in our acquisition of Crunchyroll and has successfully led the integration of the two businesses, unifying them under the Crunchyroll brand.
Crunchyroll CEO Colin Decker is leaving the company, with longtime Funimation COO Rahul Purini set to take control of the anime brand going foward.

Keith Le Goy, chairman of worldwide distribution and networks for Sony Pictures Entertainment, broke the news of the shakeup to employees in a memo, saying:

Decker joined Sony in 2019, when the company bought Funimation. In August of last year, Sony also bought Funimation’s chief rival Crunchyroll from AT&T for .18 billion. Then, in March of this year, Sony merged the two brands and appointed Decker as head of the consolidated group.
Current Crunchyroll chief operating officer Purini, COO at Funimation before the merger, will now take over for Decker, with Decker staying on for several weeks to aid in the transition.
News of Decker’s departure comes just six weeks after Crunchyroll’s parent company, Sony, added Funimation’s anime streaming catalogs to the Crunchyroll service, merging its two anime platforms.

Our anime business is stronger than ever and remains a vital part of our overall strategy at SPE and Sony Group. It’s a fan-tastic time for the business and for the growing global anime fan community. We are seeing substantial subscriber growth and are looking forward to some incredible new content coming to the service in the months ahead. The unification is well underway and going even better than planned, and we are really excited about the growth opportunities in manga, e-commerce, and mobile gaming. Not to mention the recent box office success of Jujutsu Kaisen 0, which has grossed M in the U.S. and is the #4 highest grossing anime film in U.S. box office history.