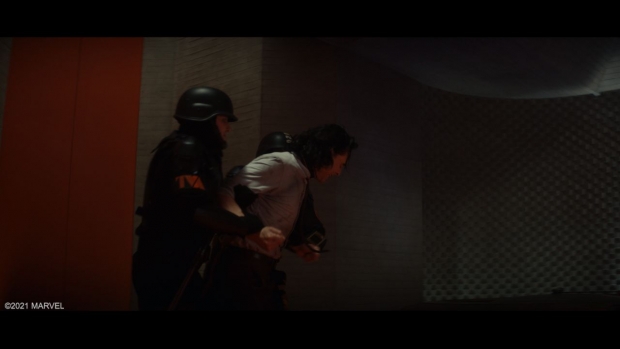 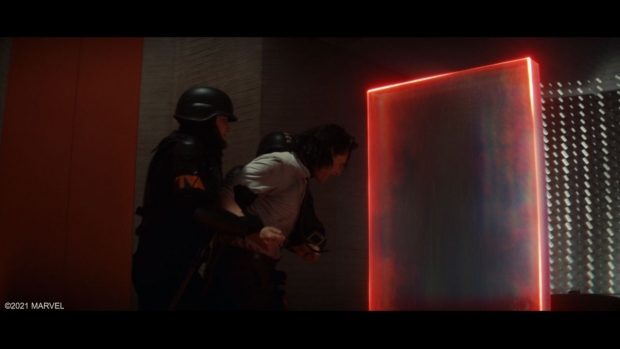 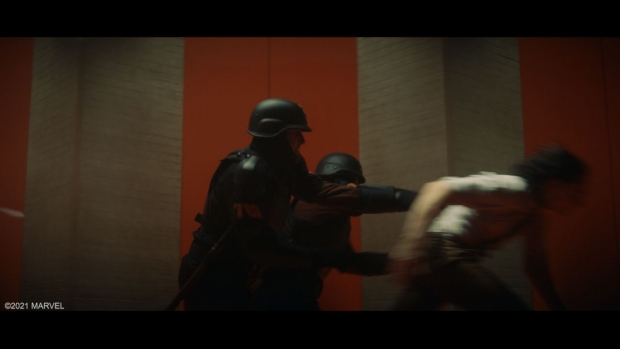 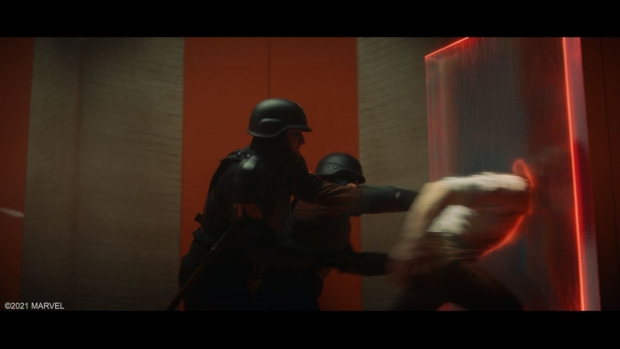 One of the vendors helping Herron send Hiddleston and most of the cast back and forth through time and space was award-winning visual effects company FuseFX. Led by VFX supervisor Wayne England, the FuseFX team began work in February 2020 with a time-stage theater hologram test; following project award, the studio bean production in earnest a few months later in May, concluding in May 2021.  Luckily, like so many other VFX studios, the pandemic lockdown pauses in live-action filming minimally impacted their visual effects work; their production continued uninterrupted that entire year.

As work began, the team was initially directed to study the murmuration of starlings in flight as reference for the time-stage motion characteristics. For those unfamiliar with the term, flocks of starlings fly as a group in a murmuration, an unusual, shape-shifting cloud that is quite spectacular to witness.  According to England, “After studying the concept of murmurations at large, we integrated the characteristics of such volumetric motion into our Houdini 3D particle system, with our lead technical artist Ashkan Azarmi going as far as to code quaternion mathematics to drive progressive rotations and displacements through the volume.”
“There was a lot of enthusiasm within the studio to collaborate with Marvel again, especially for Loki given how significant his character is to the arc of the Thor and Avengers films,” England says. “We were mindful that the transition of the Marvel Cinematic Universe to television could also be described as a transition to the format of ‘the episodic feature.’ That said, it was a point of focus for us to achieve superb levels of quality in our work, in addition to discerning and manifesting the most idealized storied expressions of the underlying, unified TVA technology. As a huge admirer of the Marvel franchise, it’s certainly inspiring to contribute as a visual effect’s supervisor to the expanding MCU.”
“Working with the amazing FuseFX ‘Team Loki!’ was a pleasure,” he concludes. “It was an absolute honor to share the experience alongside our core team of: VFX producer Kevin Hollon; DFX supervisor Kevin Yuille; Composite Supervisor Jeremey Renteria; CG Supervisor Evan Underwood; and FX lead Ashkan Azarmi. COVID-19 did not make it easier, but we adapted. The only ‘especially challenging’ part of this process was my wife only ‘kind of’ being into the genre!” 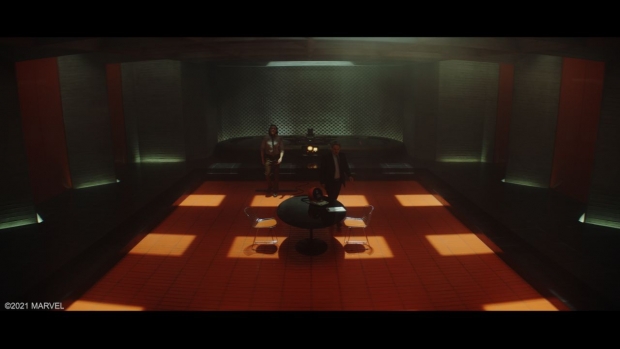 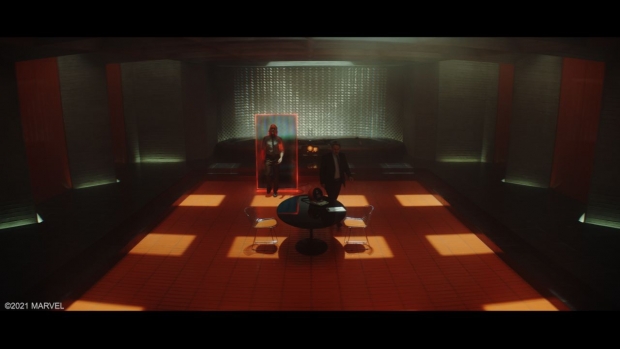 FuseFX was also tasked with evolving the signature appearance and motion of the pruning effect. By using the wide-angle framing of Mobius’s pruning as a template, the team evolved a series of concept art explorations. “With feedback, we soon arrived at a very specific, definitive look that found approval,” England states. “Our Houdini-based pruning particle system was at its core, a 3D volumetric propagation and reveal matte, which focused on representing its inherent states of energy from hot leading edge transitioning to decaying residual falloff. It was a combination of many 3D layers that sourced comp with the necessary (AOV) component elements, allowing us to arrive at the effects dynamic and dramatic final appearance.”
In one key segment of work, England and his team established the default-state appearance and subtle motion of the time-stage hologram, first seen with Mobius and Loki’s entry into the time-stage theater in Episode 1. “Along with its illuminated murmuration patterning, we see some of the deeper volumetric functionality within our Houdini-based particle system, as it transitions to displaying the TVA logo,” he describes. “Most of our on-screen time-stage work was in Episode 4’s extended exchanges between Mobius and Loki. Here with highly nuanced fidelity, we integrated the time-stage’s particle effects and overall shot clean-up and finishing into Kasra Farahani’s exquisite cinematic production design.”
Additionally, England received geometry of the time-stage theater itself, as well as reference imagery and geometry for the time-stage hologram projection mechanism (directly beneath the space of the holographic volume). Together, England notes, this geometry “allowed for the appearance of holographic illuminations to throw light upon the device below and into the surrounding space, with high levels of precision.”
“For the deletion pruning effect, as an evolution of discussions shared with us, I made reference to the helix nebula and others, for depicting the propagation of an intensive current of energy that leaves residual and decaying transformed energies in its wake,” he adds. “In addition, we were provided many beautiful concept art references for the Lamentis environment, helping us arrive at a seamless integration of our work with the rest of the Lamentis sequence.” 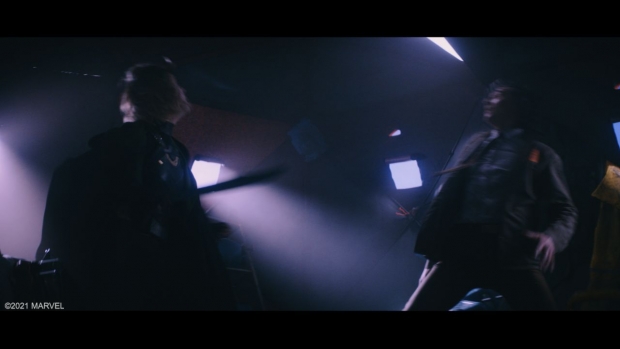 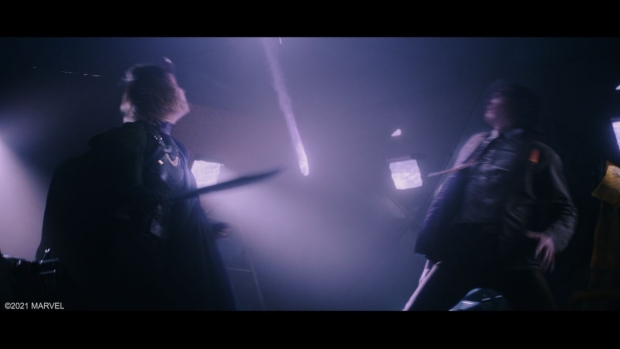 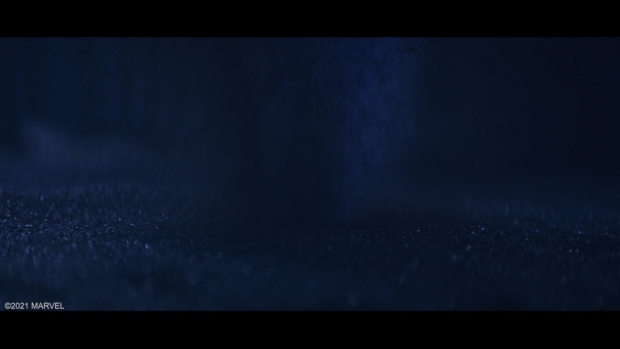 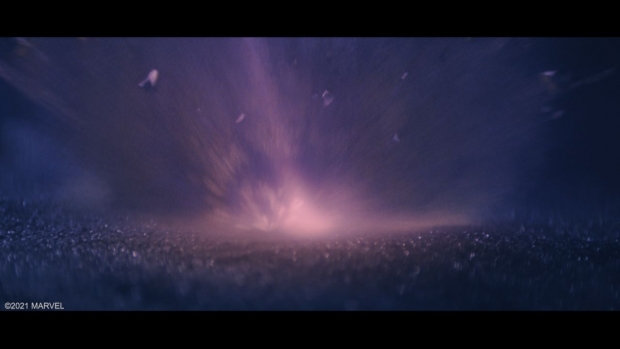 FuseFX’s work was broken into several categories including 3D particle systems development (time-stage theater, pruning FX, Lamentis meteors and dust effects), 2D/3D development (time-doors, time-collar), and 2D development (creation of the time-turner effect), plus additional 2D effects.  They also provided a significant amount of digital set extensions, especially for the planet Lamentis. “All vendors on Loki operated as a unified team, sharing VFX systems in varying stages of development,” England states. “For example, the 3D particle system files we developed for the time-stage theater and pruning effect were shared with other vendors to integrate into their sequences of shots. We also received digital assets such as early development time-door files and a cached simulation file of one of the large meteor impact debris explosions for Lamentis, to use as starting points for integration and further development.”
Within the time-stage setting, Mobius and Loki both engaged the time-turner technology – Mobius on Loki and Loki on B-15. “This was an effect we developed and evolved for all instances within the time-stage theater and hallway,” England continues. “Conceptually and visually, this was destined to be a beautiful phenomenon to witness. And our DFX supervisor Kevin Yuille executed our intended nuanced details of time-based directional echoes, blurs and chromatic aberration infused distortions, with exceptional precision and artistry.” 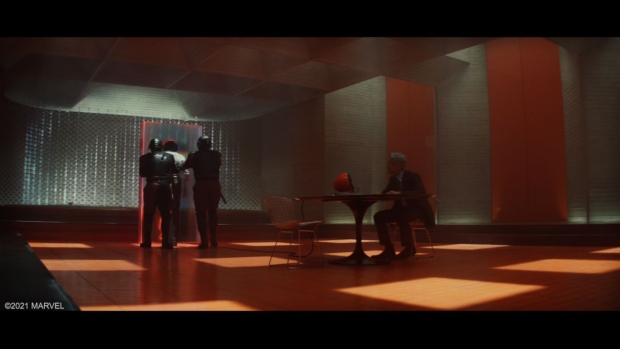 Reflecting on the challenging work made even tougher by the pandemic lockdowns, England shares, “Contributing to the expanding Marvel Cinematic Universe is in and of itself uniquely special. Also, seeing the sheer beauty of our work integrated into the show. Picture this – a wide shot in the time-stage theater with time police ushering Loki through a time-door threshold against the backdrop of the time-stage sculpture with Mobius looking on. Simply gorgeous production design paired with iconic looking cinematic frames, amid profound, archetypal stories narrative.”
The time-door development also went through a meticulously detailed evolution with nuanced refractive-volumetric depth cues, edge motion highlights, and time-turner-like echoing forward and backwards for characters and objects at the time-door’s threshold. “The scene’s interactive lighting and reflection effects associated with the dramatic (chromatic aberration enhanced) opening and closing of the time-doors, and the residual energy edge effects of volumes passing through the threshold, are just two features of the time-doors that made their integration into our scenes look so compellingly dynamic and beautiful,” he says. 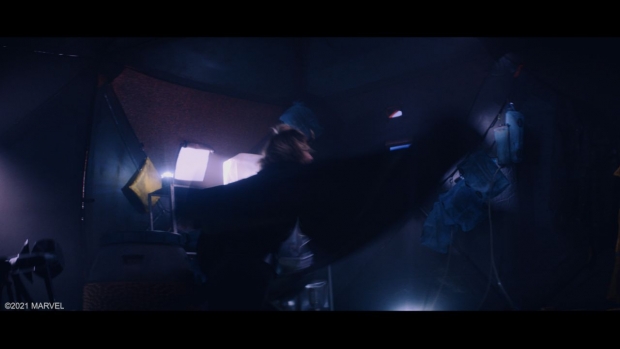 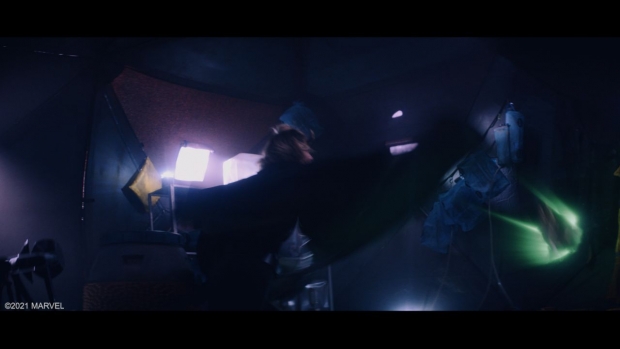 In Marvel Studios’ latest MCU episodic adventure on Disney+, Loki, the God of Mischief himself steps out from his brother Thor’s shadow to wreak his unique style of havoc on the mysterious Time Variance Authority… TVA for short. The show, which takes place after the events of Avengers: Endgame, is directed by Kate Herron and stars Tom Hiddleston reprising his role as the famed Asgardian, along with Owen Wilson, Gugu Mbatha-Raw, Sophia Di Martino, Wunmi Mosaku and Richard E. Grant. 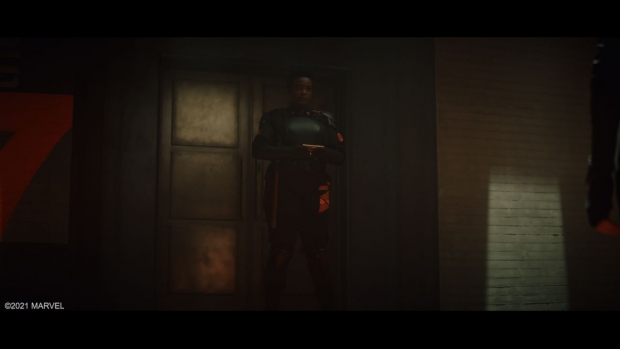 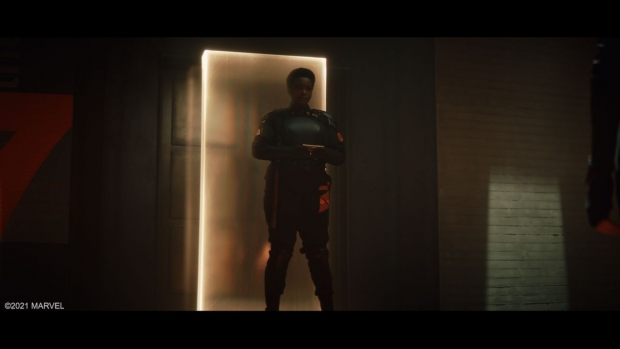 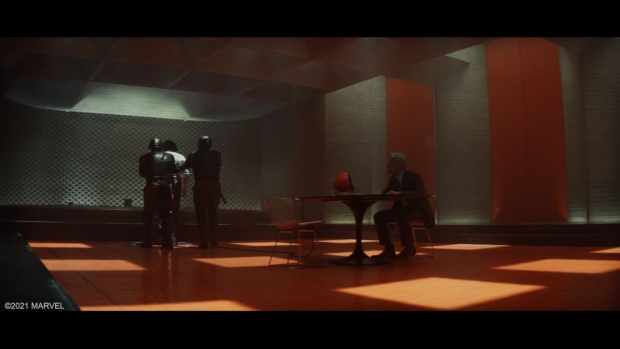 The team’s Lamentis work was rooted in representing the look and action of all VFX enhancements, as seen from inside the tent within which they arrived and from inside the cabin in which they took refuge. As England reveals, “Starting with Loki and Sylvie’s initial landing into the tent through the time-door, we developed all set extension matte painting and clean up for both interior environments, plus character interactive lighting and enhancement integrations. Our work included all meteors and impact explosions that are seen through the windows. We also handled the large exterior and interior impacts, in addition to various subtle volumetric and interactive dust simulations within the atmosphere of the cabin. Through the windows of the tent and the cabin, we developed the appearance of the surrounding quarry cliff, with nuanced atmospheric lighting and depth of field integrations. Lamentis interior work also included Loki’s numerous magical effects and Sophie’s enchantment.” 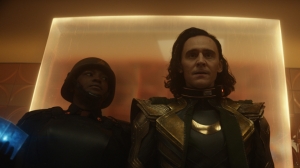