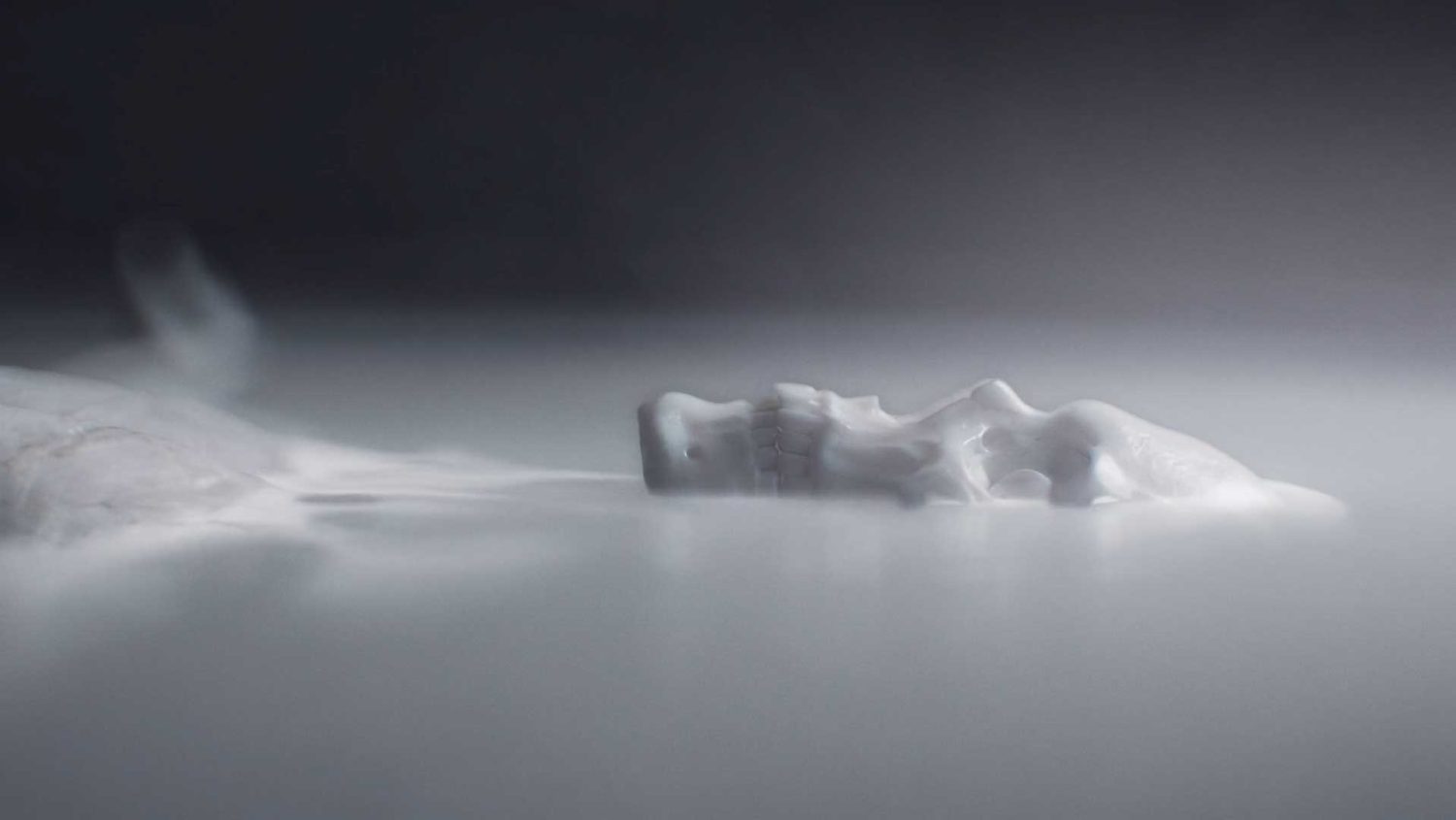 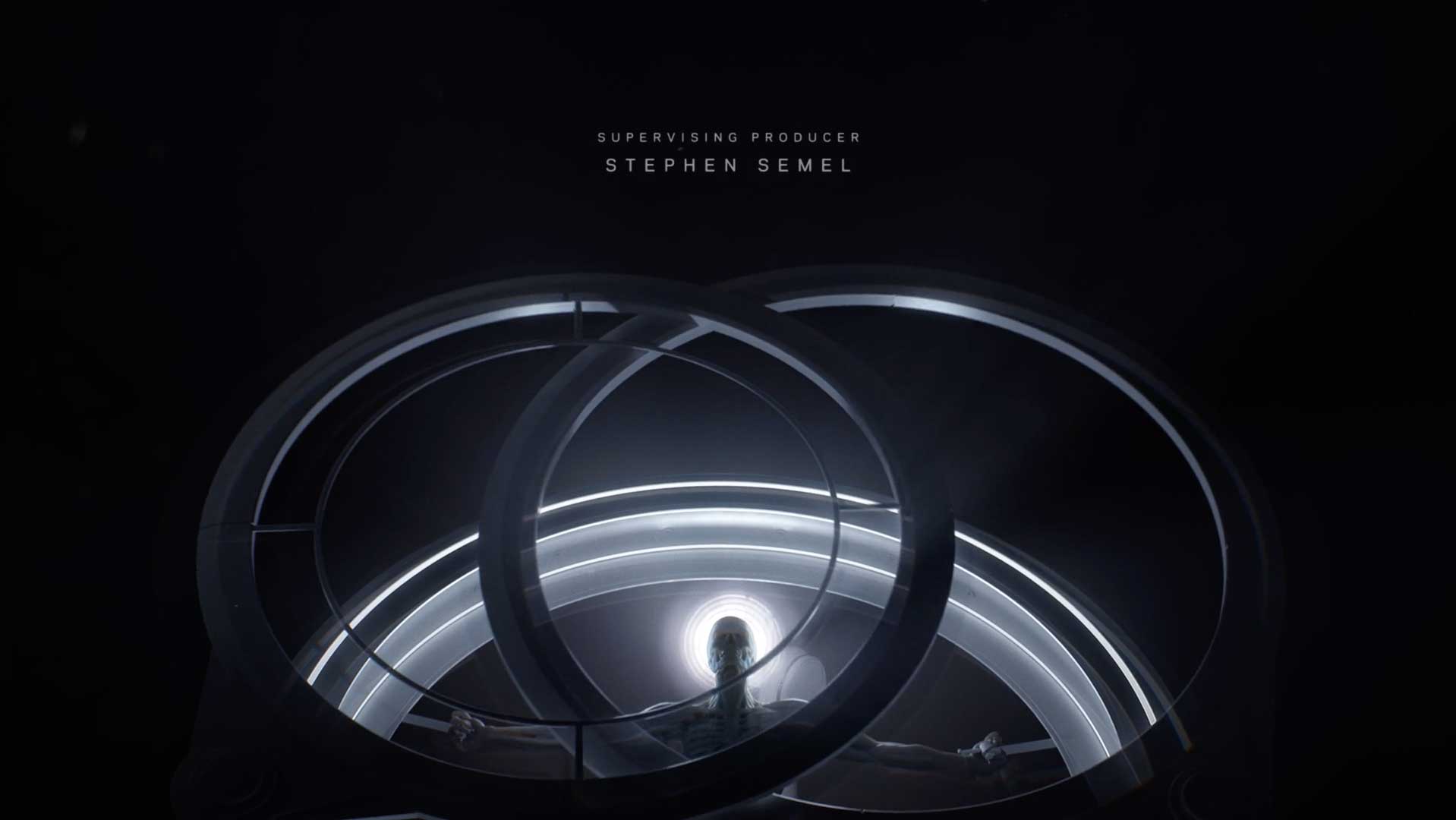 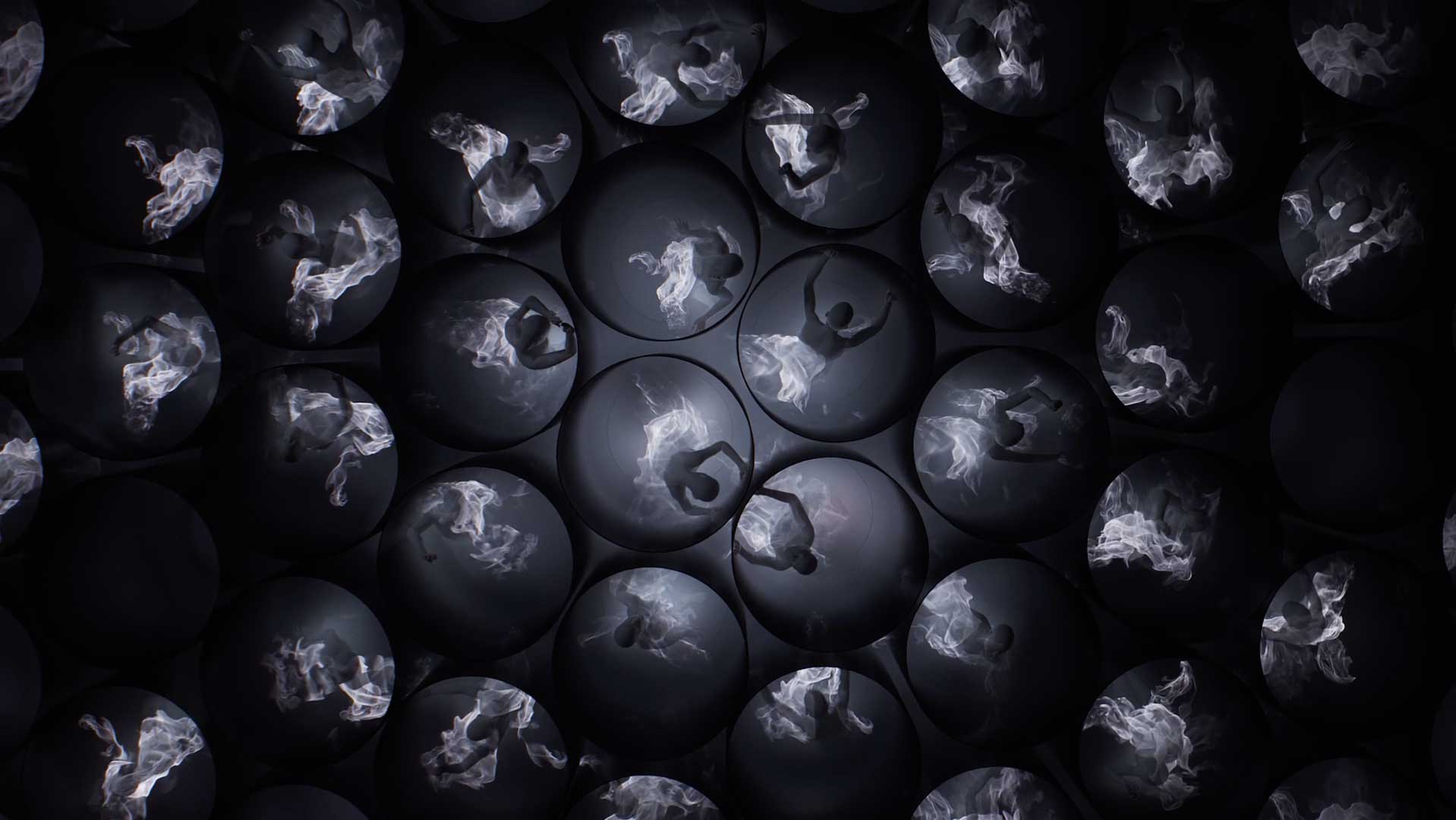 Client: Kilter Films, HBO
“Flies play a key role, so we chose that as our ‘beast’ for the season. Getting the fly to look right was a real challenge, they’re awkward creatures but they have their own grace and I will admit it took some time to get it right.
“It wouldn’t be Westworld without some wild cruelty hiding in plain sight, so setting our hosts on fire for the climax of the sequence felt like the right way to go. That presented its own challenges in depicting fire in our minimalist monochrome world.
Watch Patrick’s original Westworld titles: 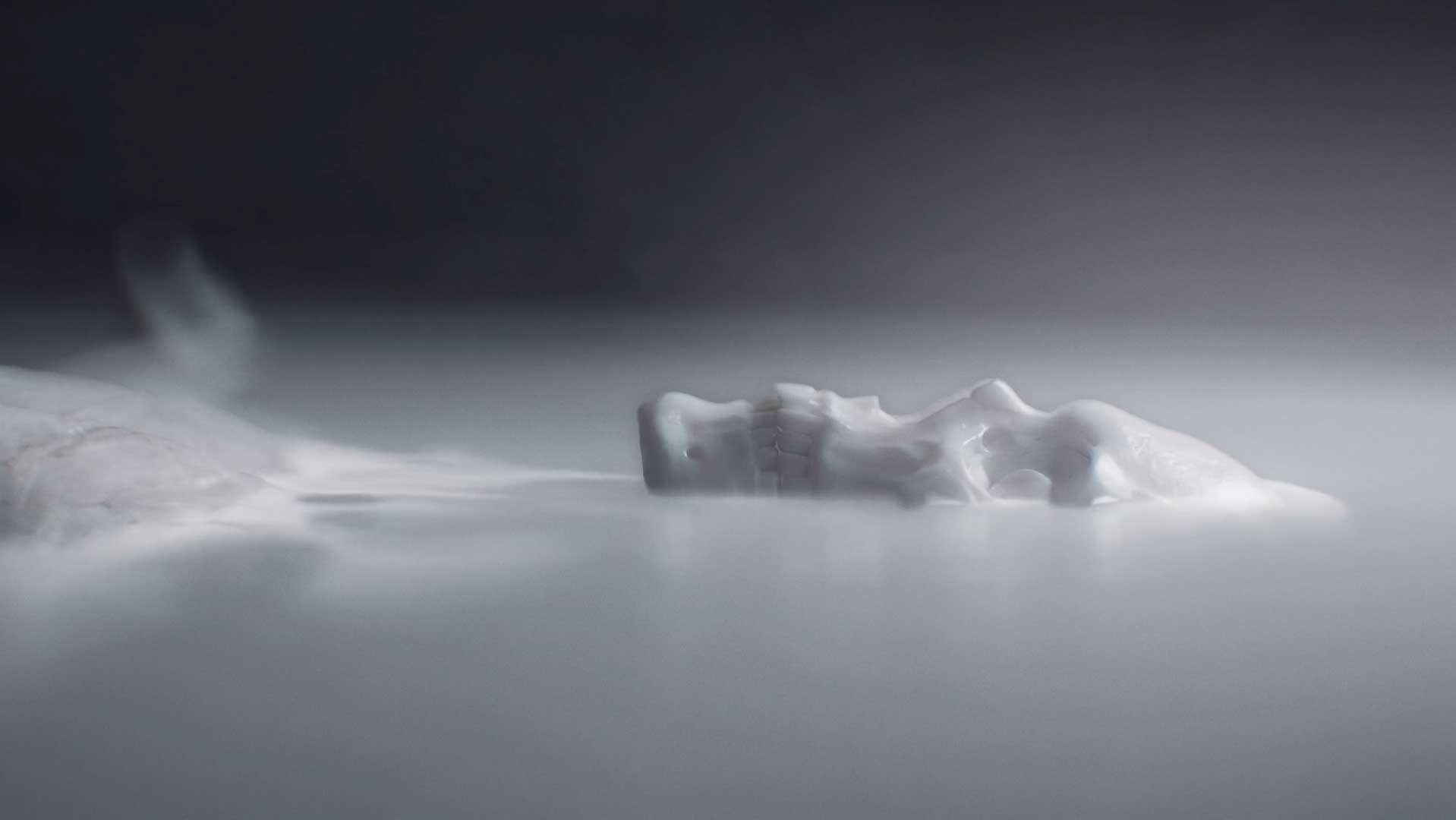 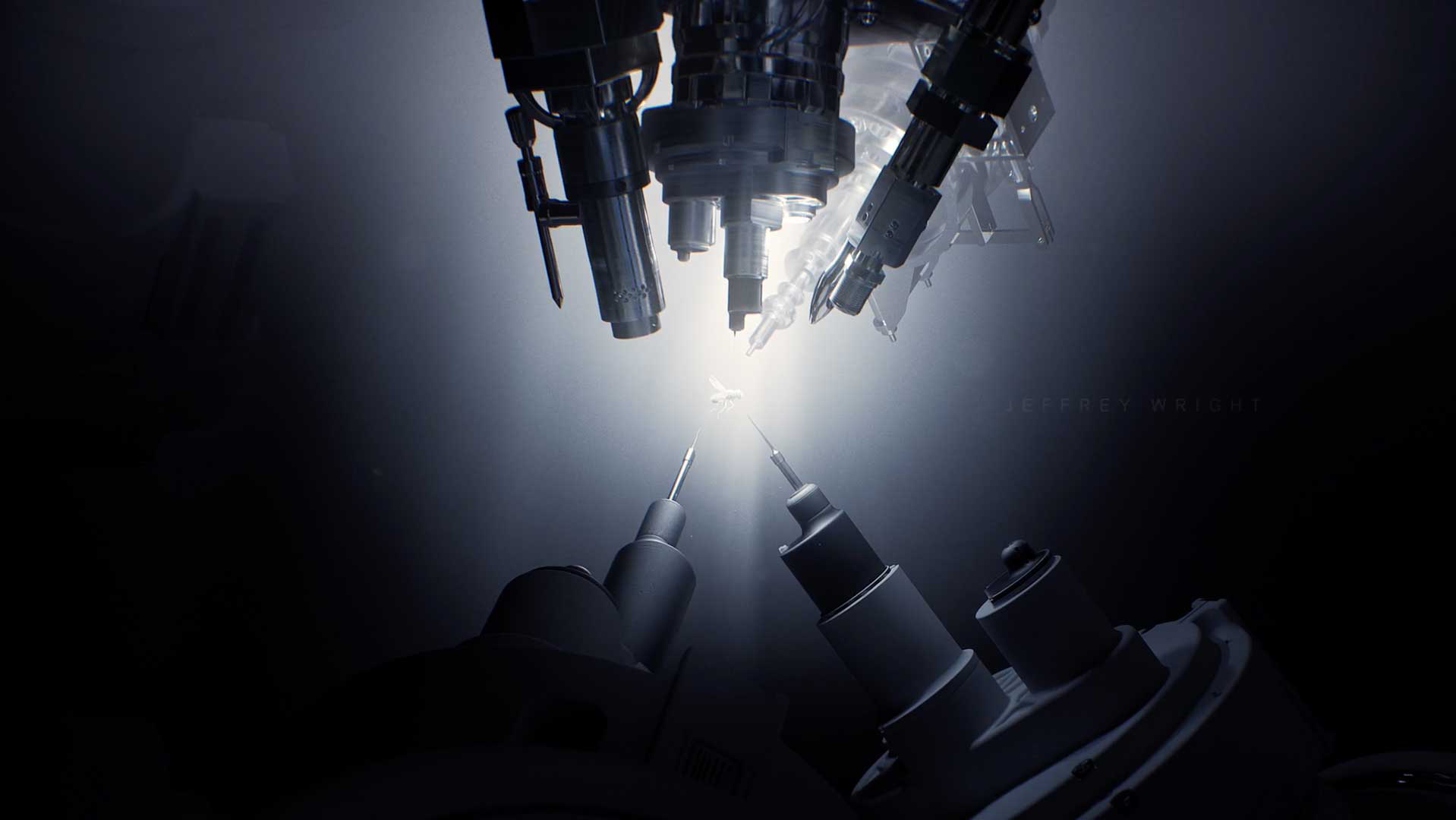 “As always, the Kilter Films team led by Lisa Joy and Jonathan Nolan distinguished themselves as the best people to collaborate with in the business. Their creativity, graciousness, and enthusiasm are unequaled, and we continue to be honored that they trust Antibody to create title sequences for their visionary series.”
Patrick Clair: “Westworld season 4 presented us the opportunity to dive back into the aesthetics we’d established in earlier seasons but with a rich new field of themes and symbols to explore. Control and freedom of choice are at the heart of the story, and the theme of webs – both visual and storywise – was at the core of it. 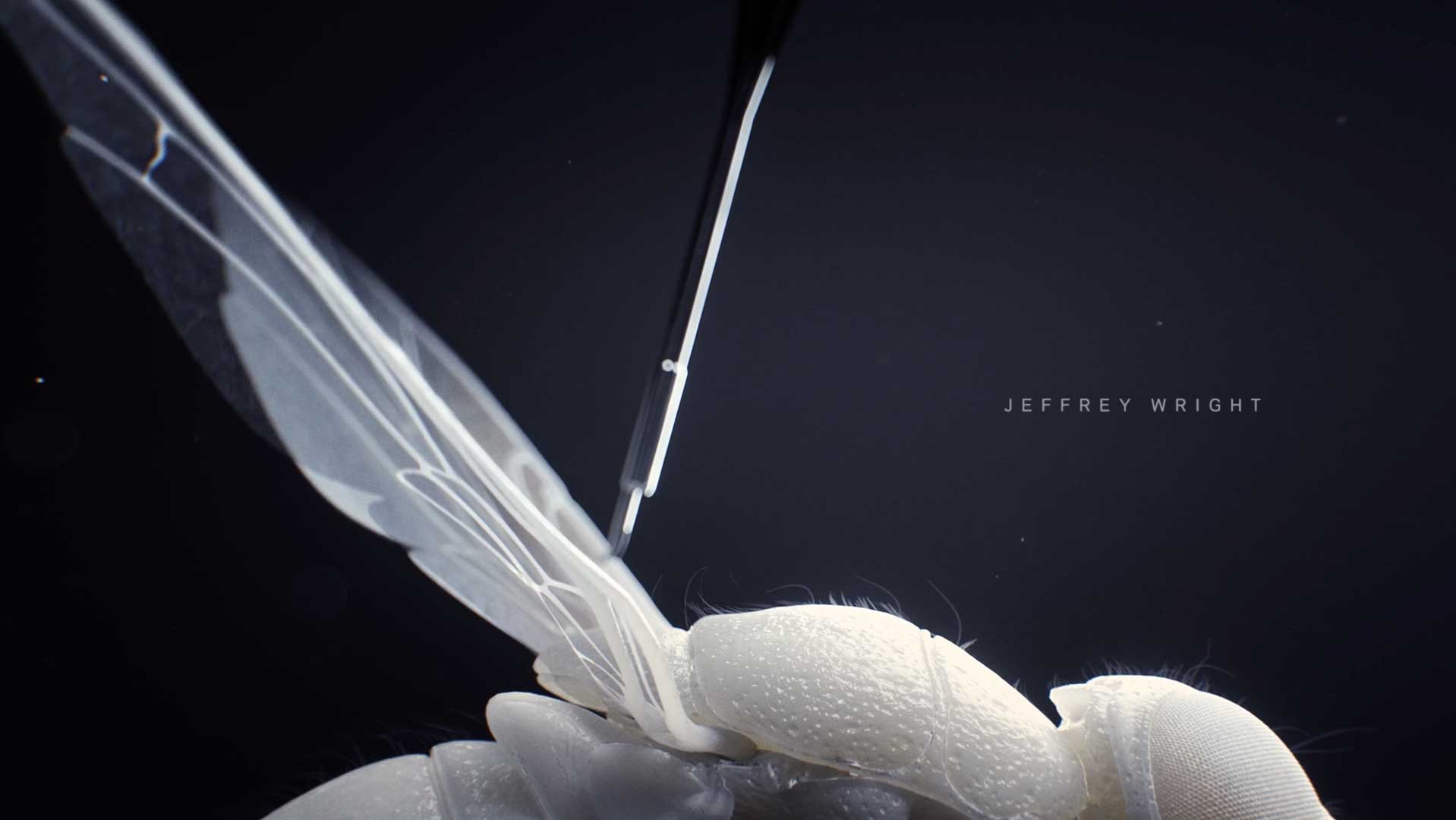 In 2016, with his Emmy for Main Title Design on The Man In The High Castle in hand, Patrick Clair set out to redefine what hi-tech horror felt like with his opening for Westworld on HBO. This fourth iteration mixes familiar imagery from past seasons with stark new themes and symbols. 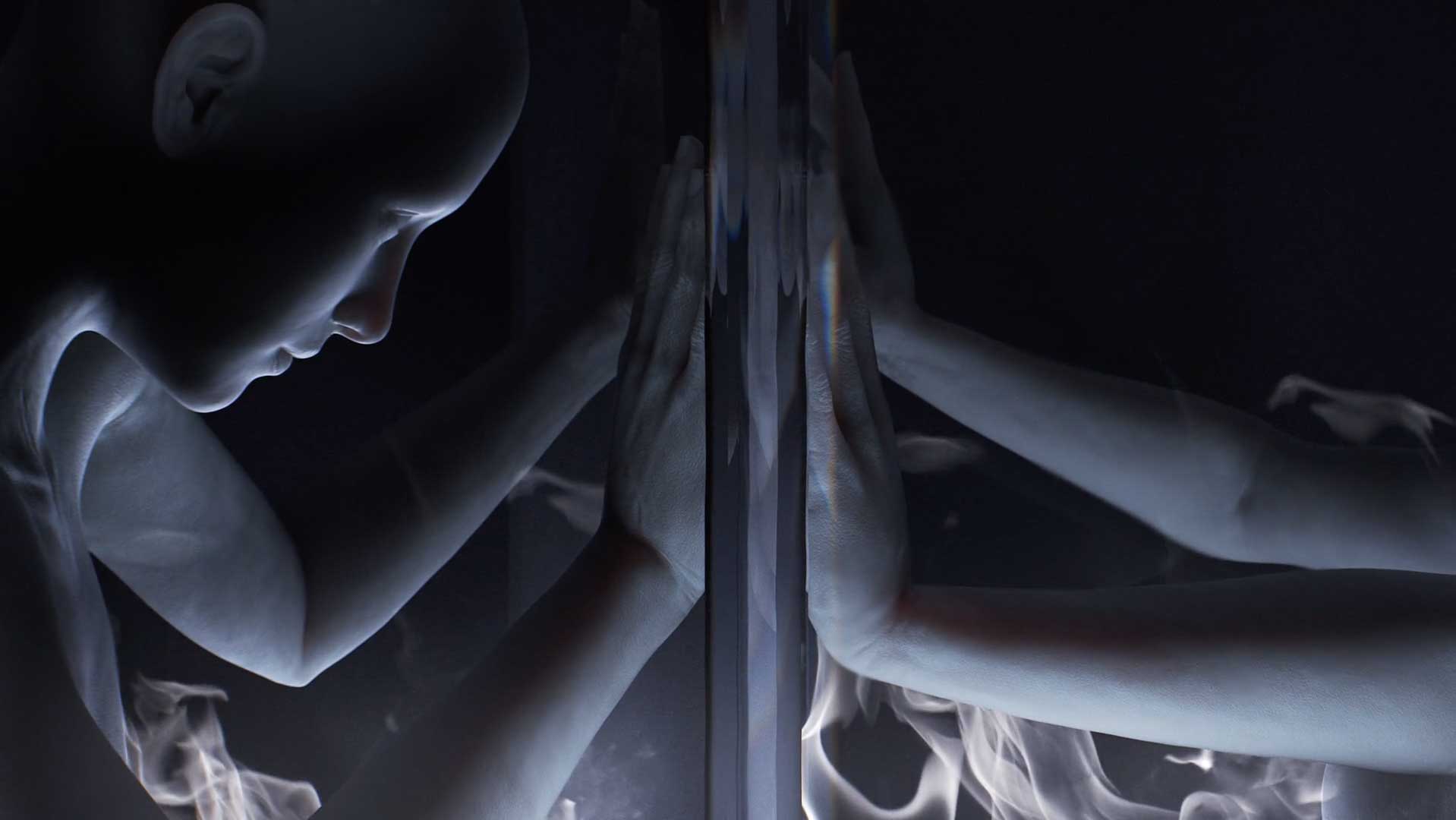