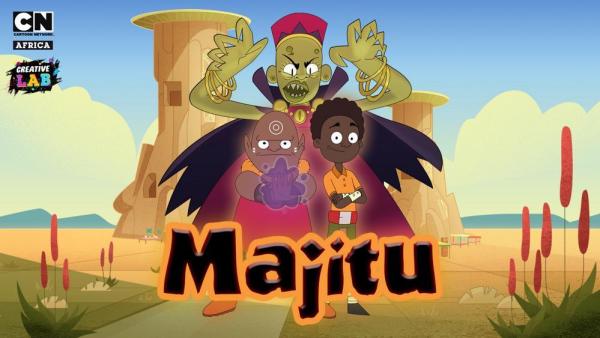 In other coronavirus news, animation studios at home and abroad suddenly realised that employees would have to work remotely whether studios wanted them to or not. Indiewire digs into how American studios are managing a dispersed workforce, while Anime News Network looks at how the crises is affecting the production of current shows.

Joe Murray on what you need if you want to lead a creative life:
Far and away the biggest story this week for those of us in the west is the spread of the COVID-19 virus which has sent plenty of people home for the foreseeable future. Without the usual ways of enjoying entertainment out and about in society, studios such as Disney and DreamWorks are capitalising on the fact that their audiences are all in the same location. Both ‘Onward’ and ‘Trolls World Tour’ are now available for rent with the former just a mere two weeks after its theatrical release and also coming to Disney+ in early April. Frozen 2’s schedule gets bumped up significantly too. These unprecedented moves haven’t gone down well with cinema-owners who are forbidden from opening and who will lose out on revenue once they can. The bottom line? This is a change that’s been on the horizon for years and current events merely gave studios an excuse to speed it up significantly and kiss the release window goodbye.

In other news, Netflix series She-Ra will end with the fifth season that is released this coming May. Variety is also reporting that American network AMC has picked up a new animated series. ‘Pantheon’. with production by Titmouse for two seasons. The most interesting part? Not only is it AMC’s first animated series, the episodes will be an hour long too.
In non-viral news, Cartoon Network Africa starts 2020 off with a fantastic milestone that saw its incubator program produce shorts that are completely made in Africa. They played well at home and here’s hoping they are well-received abroad as well.
On the surface, the paths of France and Studio Ghibli don’t look like they would ever cross. Yet reality is more suggestive of the bond between two disparate cultures. With that in mind, why might Parisian Vogue write about Studio Ghibli?
Tokyo Godfathers is being blessed with a theatrical re-release and Hyperallergic has some nice things to say about it.
This year’s winners of the Turing Award are Ed Catmull and Patrick Hanrahan for their decades-long dedication to computer generated animation. Although Pixar’s artistic progress is well-known by the general public, the actual technology behind it all is more obscure and some things that are today taken for granted, were once complex technological challenges. The award is well-deserved.

Animation Magazine releases their 2020 Rising Stars of Animation and yes, the future looks very bright for our favourite artform.
A selection of the best animation articles including news, opinions, and features from around the world for the week beginning the 22nd of March, 2020.
A bit a light on the features this week for obvious reasons but that doesn’t mean that quantity does not equal quality!
DreamWork’s The Road to El Dorado is a certified cult classic (just going by meme-worthiness alone). Comic Book Resources reviews the reasons why, like a good wine, this film gets better with each passing year,
Lastly, the documentary ‘Never-Ending Man: Hayao Miyazaki’ has a blu-ray release date: Monday 13th April 2020. I was not aware of this film, but it follows the famed director as he produces his latest film (currently in-progress) and is apparently a real treat for those of us who desire a glimpse into his process.

Angry Birds 2 is really popular on Netflix? It’s news to me too, but Polygon digs into the details and discovers the amusing truth.